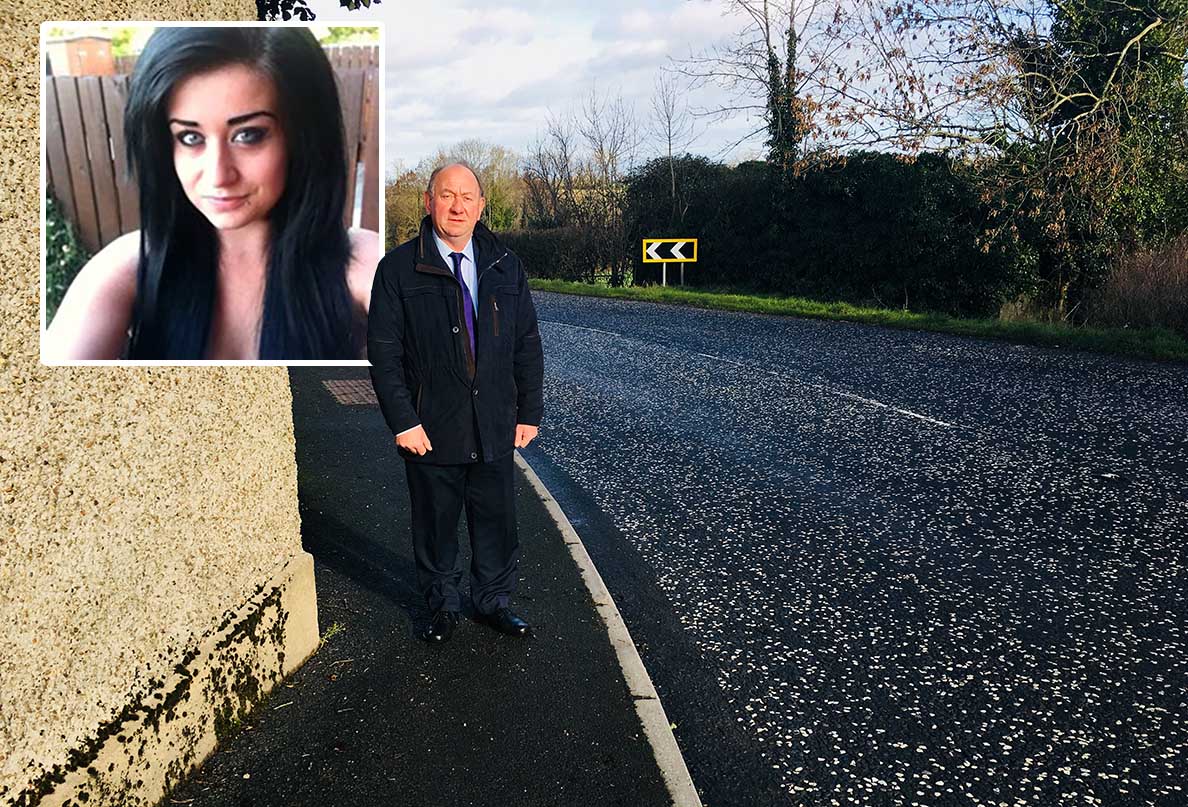 A new road layout at a notorious accident blackspot in Richhill has been met with a mixed reaction.

The Legacorry Road was finally re-opened earlier this week after £160,000 worth of improvements by the Department for Infrastructure.

The works centred on an accident blackspot – a blind bend – which claimed the life of 20-year-old Shannon Weir in 2016.

After years of lobbying, work on the scheme began back in March.

And while hugely welcomed at the time, not everyone has been left pleased with the final result.

A social media video, posted by Richhill page (below), shows a driver travel along the new road – the comments were mixed to say the least.

One person commented: “Typical make the road wider and faster for ppl coming in and out Richhill but no thought for traffic at the Ballyleny junction …..I’m just waiting to see for an HGV or tractor to pull out and get t-boned by someone flying round the corner. ….where are any safety provisions?”

One said: “Whoo they made it look exactly like the old road with out the farm and a faster corner. Well done.

Another added: “They have made the corner faster now, not much difference when your trying to get across the road from the Ballyleny road. Alot of money spent for very little. Why was the yellow surface not put on the corner which increases your grip.”

“It was like a game of spot the difference today!! They’ve made the road look more appealing to speed but with the corner still as bad (even if slightly wider) in my opinion it’s an accident waiting to happen. And what the hek took that so long!!”

“Looks like they’ve made the road faster and it’s national speed limit. Next week there will be a boy racer over turned car in that field – wait and see.”

“No difference at all just the scenery.”

But the improvements were welcomed by others.

“The road is far safer than is was before no more blind corner definitely an improvement on a corner that cost lives,” one driver commented.

“I drove it myself last night. Definitely an improvement.”

Commenting on the completed works local DUP MLA William Irwin stated: “I fully empathise with people in Richhill over the amount of time taken to complete this work, living locally and speaking to people in the village it was no doubt inconvenient with the various diversions.”

He added: “However having looked closely at the corner both before and after the work and bearing in mind the level of accidents and the very sad fatality, there is certainly a marked improvement in the layout.

“The corner is less sharp and most importantly visibility is clear right through the corner giving a great view of oncoming traffic in either direction.

“Previously approaching the bend from the Richhill side the corner was totally blind due to the close proximity of the buildings to the road edge and also the bend was very sharp.

“Those issues have been resolved by the work and that is welcomed.

“The delay undoubtedly has frustrated local people and I passed on that sentiment many times during the works. It is good to finally see the road reopened and hopefully it will be a lot safer for drivers.”