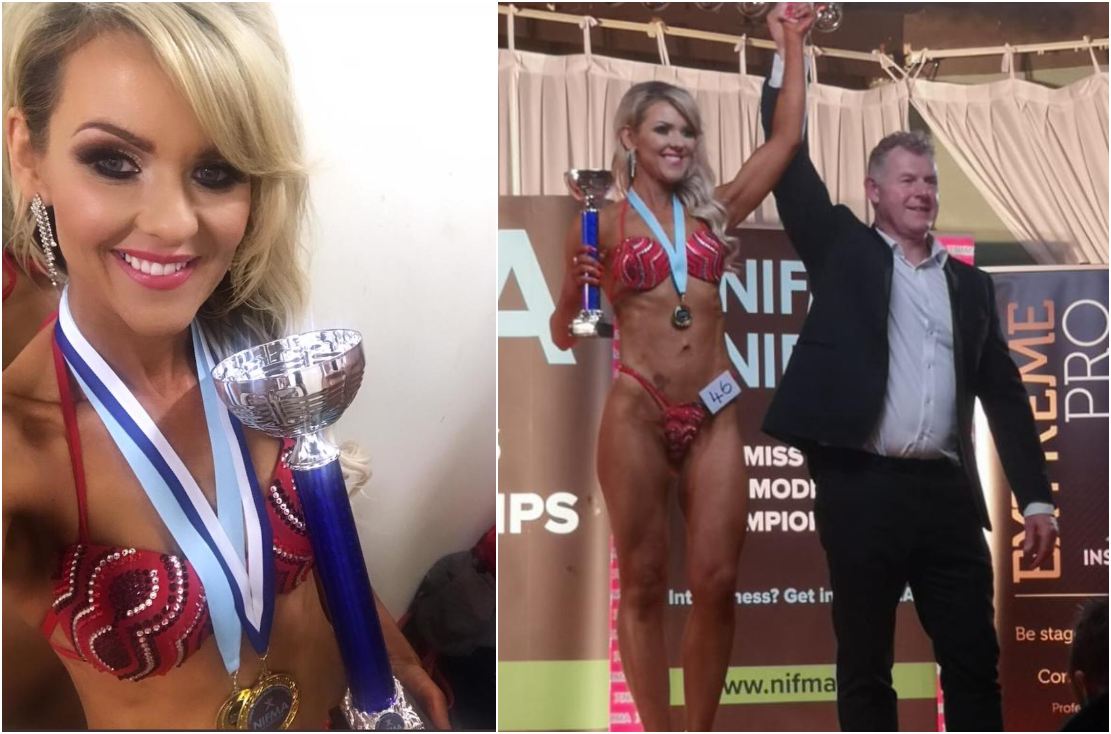 Meet the Co Armagh mum-of-six who, never having owned a bikini and suffered at the hands of an abusive relationship in her teens, has become a national bodybuilding champion.

Sarah Jayne Wright, from Richhill, says that she is ‘just plain Jayne’ but if she can help just one person and make her family proud at the same time she will be a very happy woman.

Sarah told Armagh I how it all stemmed from an abusive relationship whenever she was 17 and left home, during which she “was made to feel totally worthless”.

“After that, working as a carer and having children I could never have a photograph taken,” she said. “I actually ran from the camera and actually fell out with people who tried to take photographs of me.”

Sarah said this fear all stemmed from her insecurities and lack of self worth, which she says had been a symptom of that early abusive relationship.

“It was a horrible experience for five years and really did just take everything away from me,” she added.

This problem wasn’t abundantly apparent to Sarah until she went scrolling through photos on Facebook for her children’s birthday that it dawned on the mother-of-six that she was not in any of them.

“It was the simplest things, I never owned a bikini in my life so I was never able to take the children swimming because of this low confidence.”

“I just thought that’s it, life was getting away from me; my mental health as suffering and I had problems with depression because of things that had happened in the past. 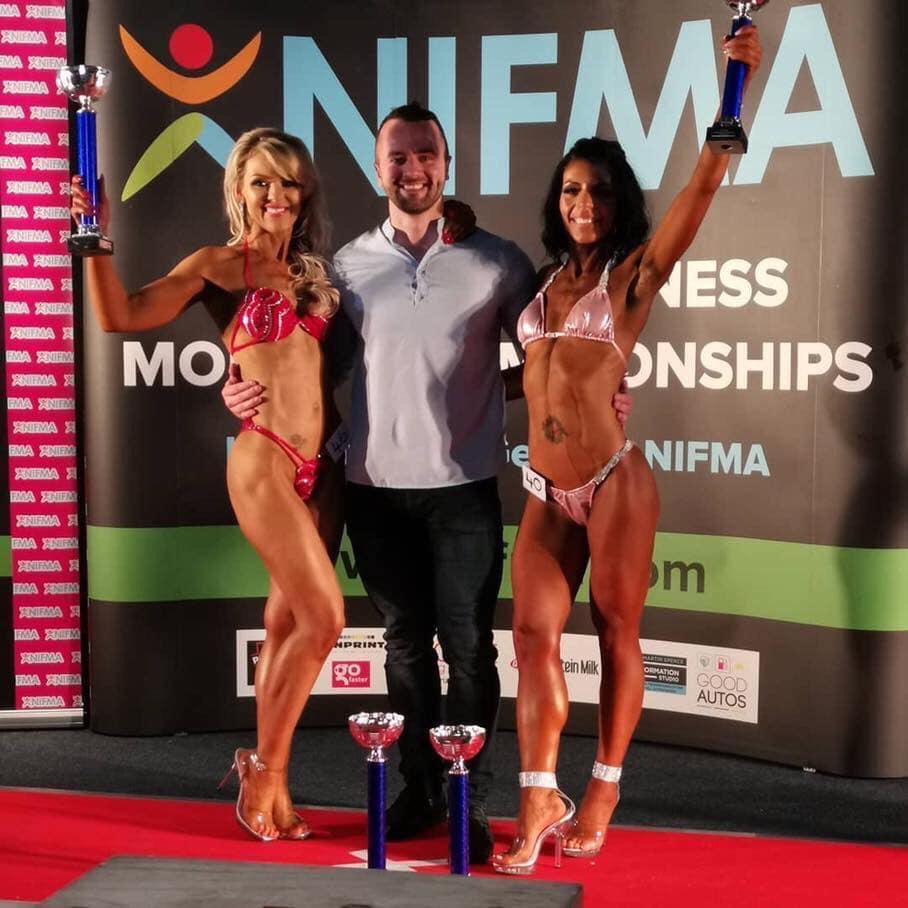 “So I set two goals for my fortieth birthday; number one to be able to have photographs taken and number two was to be able to get into a bikini, so all my little children could be coming like little ducklings behind me into the local swimming pool.”

Sarah said another reason for the new gym routine was a fear that many have – that you can never get your body back.

“I know women who think after children ‘I will never get that body back’, but you can and you can even be better”, she said.

“I am in the best shape I have ever been in my life, but I have had several messages from mummies today asking where do you start and I think that is amazing.” 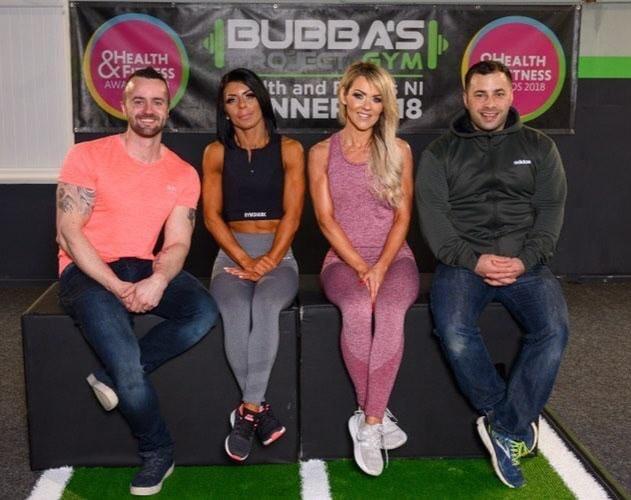 Sarah says that the work she has done could not have been achieved without the “Dream Team” at Bubba’s, including the man himself, along with coach Nathan.

“They have just carried me along and have been amazing supporting me through the whole process.”

But it has not been all plain sailing for Sarah, who says: “There has been a lot of bullying, messages from people saying ‘oh you’re too skinny’, ‘you are awful looking’ and that my partner was going to find a new squeeze.

Sarah says that even being able to step onto that stage in Dublin was “life changing”.

But this is only the start for the Richhill native; she will competing in another show in September . 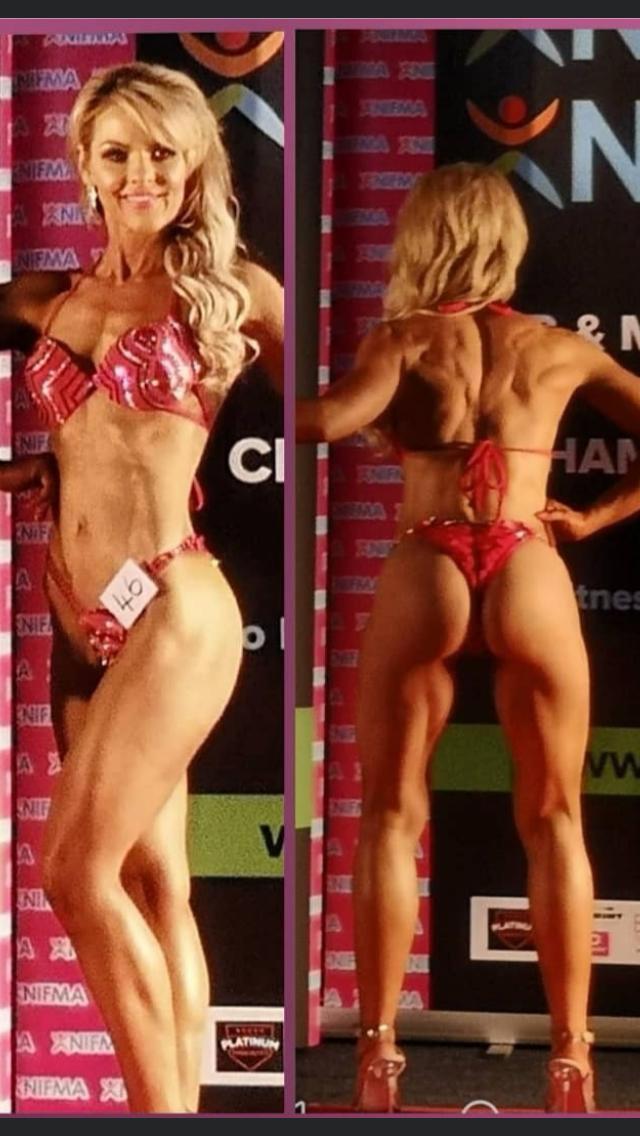 “It is about showing mummies there is life after children, if I can do it anyone can, I mean we had one child peeing on the floor being potty trained and another throwing Coco Pops around them.

“It is hectic but it is life, it is also an opportunity to get your head showered but before this I would always have described myself as ‘plain Jayne’.

“If I can help just one person and make Gary and my kids proud then I will be a very happy woman”.