'We now  have dealers in New Zealand, Netherlands, Denmark along with across the UK and Ireland. And all came from me and my brother having one idea and we just kept working at it' 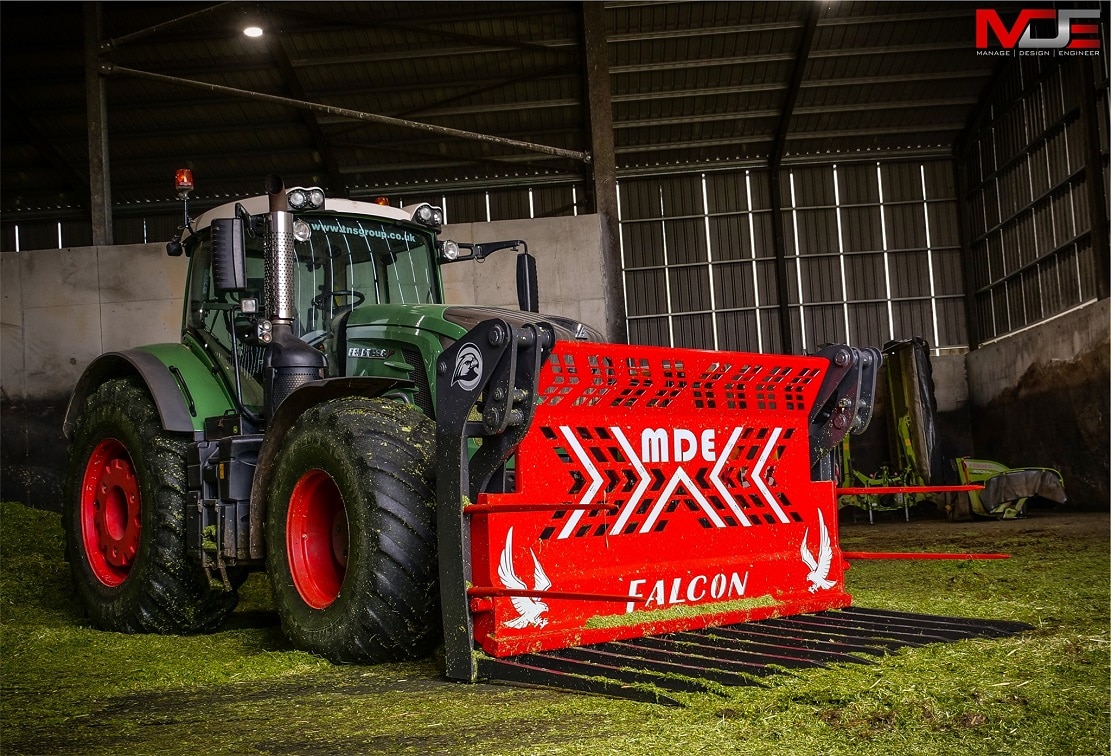 Farming is as old as the hills on this island and unfortunately, in many cases, that has led to little innovation over the years when it comes to machinery.

That is what led two Co Armagh brothers to use their background in engineering and agriculture to begin manufacturing equipment, bringing farming into the 21st Century.

MDE Machinery was only set up by Mark and Dean Belford back in 2018, but their products have already made it into markets across the globe.

Speaking to Armagh I, Mark explained they are now shipping to dealers as far afield as New Zealand.

The firm, based just outside Markethill, all began with he and his brother having a simple idea.

“Our father was a farmer,” he said, “so we always had an interest in agriculture. I was engineering in the quarry sector; it was alright but agriculture was where my heart was.”

Mark explained: “It started with the tree shearers, we were the first ones to come out with a 16 inch tree shearer. There hadn’t been one in the world that size that I knew of.

“It was basically just the uniqueness of the tree shearer, that it had a replaceable blade; it was simple, it was efficient and it was easy to maintain with a cheap attachment compared to your forestry heads so it was a good solution at the time.” Not happy with a single innovation, the brothers then took the task of bringing the silage fork into the 21st Century.

“We moved into the forks because the last redesign of the ones people were using were maybe 20 years ago or 25 years ago,” Mark said. “So we just made a silage fork completely different, brought it into trend.”

Just as important as the practicality of the equipment is the image according to Mark, making sure that all their machinery looks the part.

“It just snowballed from there for us really,” he explained. “We now  have dealers in New Zealand, Netherlands, Denmark along with across the UK and Ireland.

“And all came from me and my brother having one idea and we just kept working at it.” Explaining the sudden demand from further afield, Mark said: “With the international trade, I suppose it was a bit of luck, but we also had people seeing our product online and thinking it was a leap above the rest.

“But we are also constantly searching for new dealers across the world, marketing ourselves and sending out brochures.”

Trade did slow for a while during the pandemic but Mark says it is all hands on deck now as the business is as busy as always and they continue to grow.

More in Made In