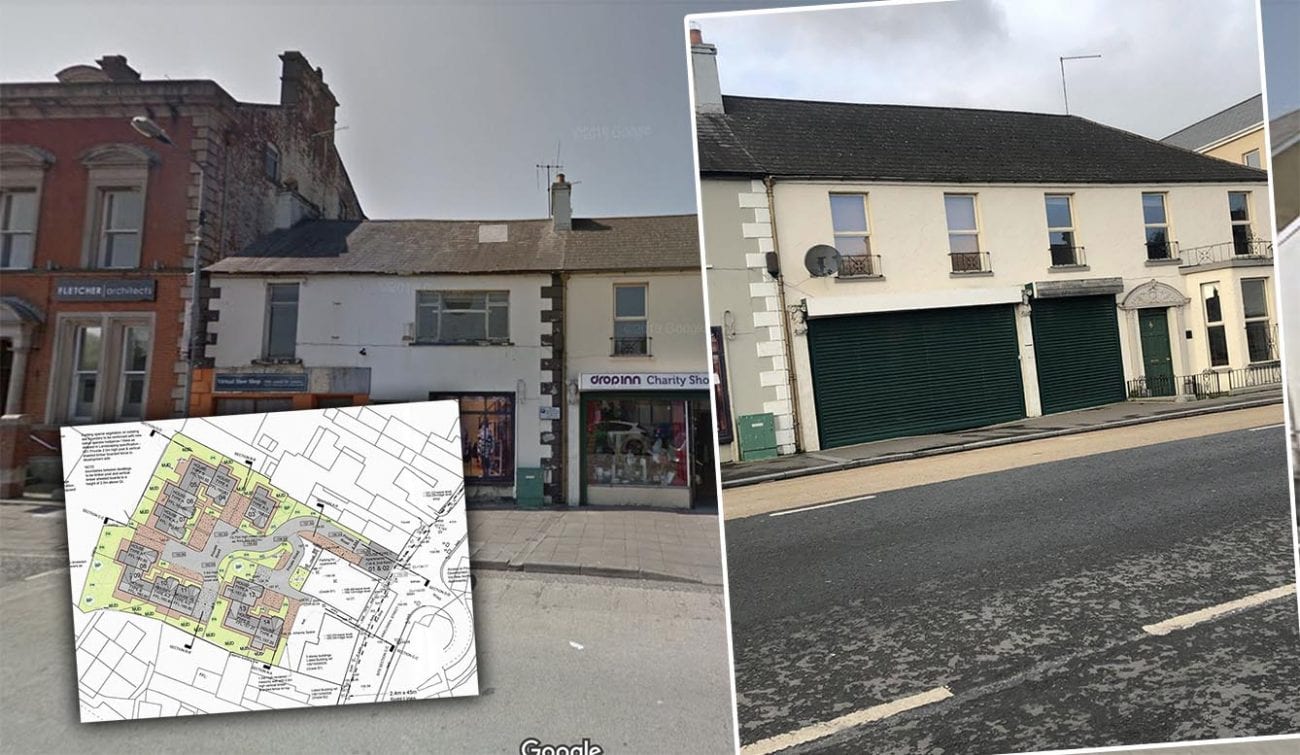 A new housing development could be built in the centre of Keady – directly to the rear of the old Northern Bank.

Kinelowen Street is home to Peter Cullen & Sons, Mone’s Giftware and a number of hair salons among other businesses on the town’s main thoroughfare.

But now an application is seeking approval to demolish two of the vacant properties on the row.

Numbers 23 and 25 – which in the past been home to a charity shop, hot food takeaways and sub Post Office – would be taken down.

This would create a new access to the rear of the row – via an arch at street level directly to the right hand side of the old bank .

Two two-storey apartments would be built above the arch which would serve simply as an ‘underpass’ for tenants and their visitors.

The old barn and outbuildings behind Kinelowen Street would also be razed to the ground. 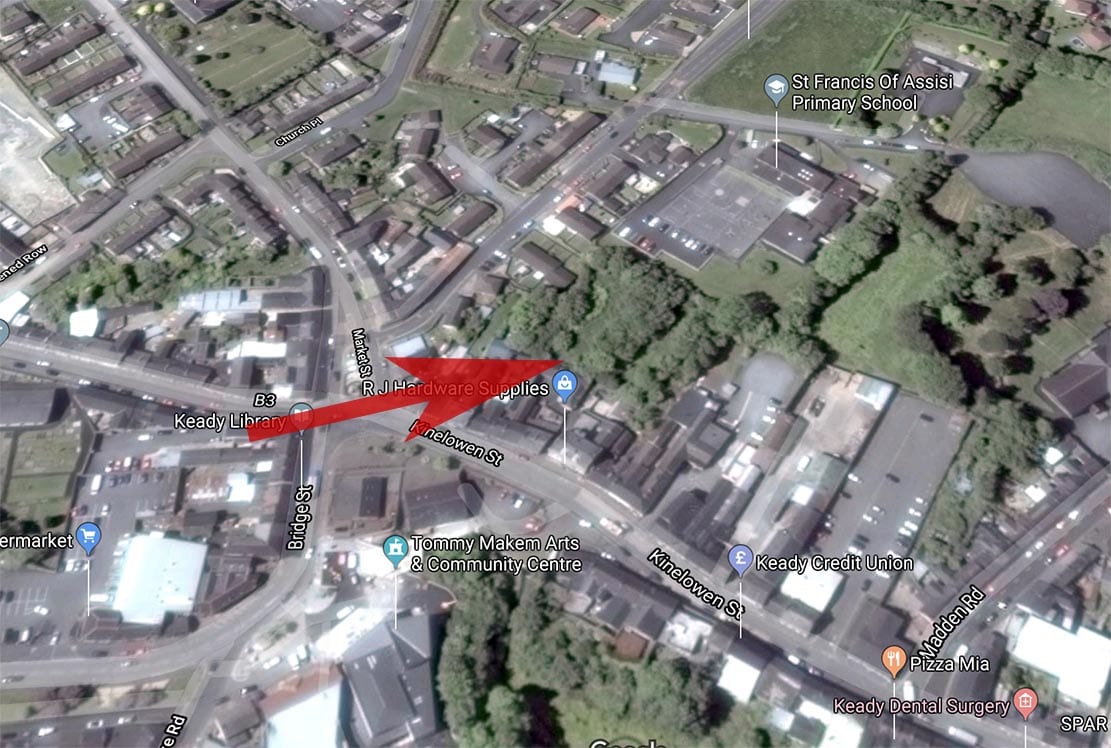 And a new development consisting of 12 two-storey homes would be built in their place. These would be a mix of two, three and four-bedroom houses.

There would also be 28 parking spaces for use by residents of the new development.

This side on Kinelowen Street has a high vacancy rates and at its centre sits the former Northern Bank, which closed some years previous and is now home to Cullen’s Estate Agents.

It must be stressed that the works proposed are to the rear of Kinelowen Street – a row of listed properties – and these would be unaffected, except those buildings at numbers 23 and 25.

An application seeking Listed Building Consent has been submitted in the name of B & C Cullen.

Concept drawings indicate that the proposed new properties would be sited so as to cause “minimum impact” on neighbouring properties.

A private road would give access to the new homes and the proposals also incorporate landscaping with tree planting, species including silver birch, ash, cherry and apple.

The Listed Building Consent application for the scheme has been submitted to Armagh City, Banbridge and Craigavon Borough Council for consideration and will be advertised this week.

A separate application for full planning approval for the building work would follow.