There were strong reactions to Thursday's meeting 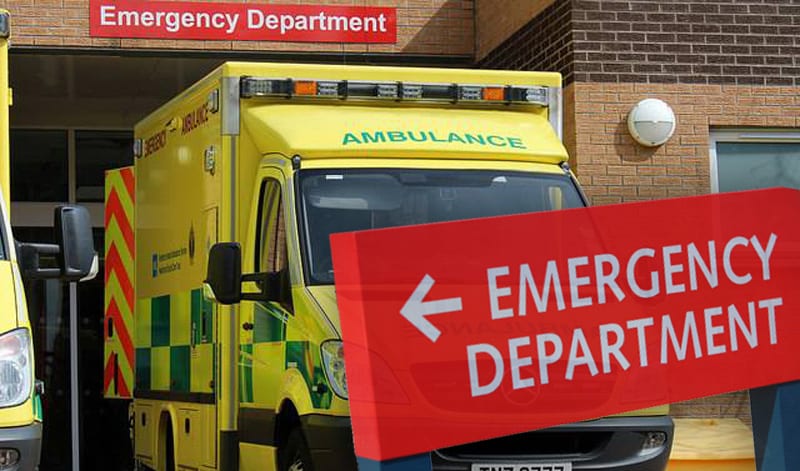 A decision by the Southern Trust to spend over £1m just at Craigavon Area Hospital has been described as ‘a great act of betrayal’.

The Southern Trust are to invest over £1million in expanding the Emergency Department (ED) at Craigavon Area Hospital as a contingency should Daisy Hill’s ED be suspended.

“They tried to dress this up as a just in case scenario, but I’m not buying that. This is a whitewash, the Trust’s hidden agenda has been exposed today,” said MLA Justin McNulty who attended yesterday’s (Thursday) with SDLP colleagues Margaret Ritchie, Sinead Bradley and Pete Byrne, Decaln McAteer and Thomas O’Hanlon.

“The paper, which wasn’t pulled together over night, plans 11 new Assessment Beds in the Emergency Department at Craigavon and 18 new beds in an Inpatient Ward. This, I believe is paving the way for a longer term single emergency department. It was put through on a nod, it was simply breath-taking.

“I have already requested a meeting with the Department of Health’s Permanent Secretary and hope this can be facilitated as a matter of urgency. We are not taking this decision lying down, this battle is far from over.”

Sinn Fein’s Mickey Brady believes the Trust are preparing for the eventual closure of the ED at Daisy Hill.

“I had hoped that the Trust would have been offering a solution to the ongoing concerns about staff cover at Daisy Hill Emergency Department, however what was announced was a recipe to ensure its eventual closure and ultimately the removal of its acute hospital status. We cannot allow this to happen,” he said.

“There is no logic to the Trust considering a reduction of service in Daisy Hill when Craigavon is already over stretched. Proposals using the term ‘duty of care’ to spend £1million for additional inpatient accommodation for the Emergency Department in Craigavon using issues in Daisy Hill ED as an excuse to close services in Newry, is nothing but a selective and manipulative use of the term. What about the duty of care to the people of Newry, Armagh ,South Down and South Armagh?

“The proposal to close night time Emergency Department services in Daisy Hill Hospital must be resisted by all who value the excellent service it provides.

“We will continue to work with staff, unions and the public to ensure that Daisy Hill Hospital  services are protected and expanded.  We will be meeting again with the Trust in the coming weeks to discuss further the propositions we put to them and to hold them to account for their responsibility to deliver a first class health service for all citizens in our area. “