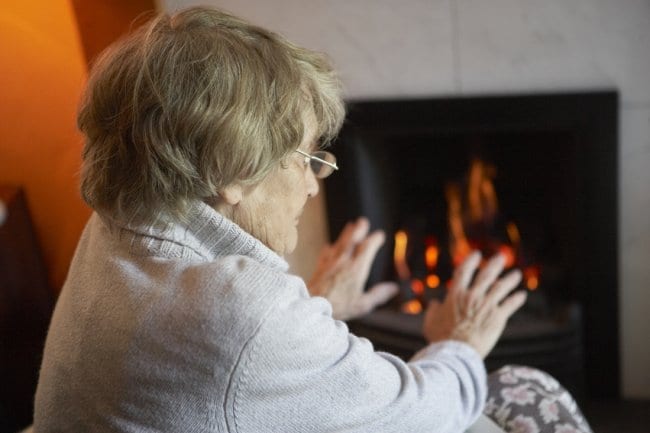 Armagh City and District Council has agreed to take over the fuel stamp savings scheme operated by the St Vincent de Paul charity.

And the initiative – which helps people to budget towards the cost of buying home heating oil through the purchase of stamps – will be extended to towns and villages across the entire city and district.

Staff within the council’s Environmental Health Department will administer and deliver stamps to participating retailers, who will lodge the money from their sale directly into Banbridge District Council’s bank account.

It is also hoped then that the scheme will be extended across the city and district and, later, across the new Armagh City, Banbridge and Craigavon Borough Council area.

It was recommended at a meeting of the council’s executive committee this month that the council would take over the running of the scheme after a request from the local St Vincent de Paul.

This was ratified at the statutory meeting of Armagh Council on Monday night.

The Head of Environmental Health and Neighbourhood Services had taken councillors through a report on how it works.

And in a response to a question from DUP Councillor Gareth Wilson, the officer explained that the Review of Public Administration was why Armagh Council had been working in partnership with Banbridge on this and, it was felt, there was an opportunity for it to be rolled out across the new ACB&CBC area.

Armagh Council’s Chief Executive John Briggs said it would be good eventually to have an Armagh, Banbridge and Craigavon Scheme at little extra cost.

The Head of Environmental Health and Neighbourhood Services said that £13,000 would be spent on stamps and, if there were stamps left after March 31, these could be used in the new council area.

SDLP Councillor Gerald Mallon said the scheme was “highly welcomed” in the area, adding that it was “great to see it being extended out over the district.

He said more fuel companies may need to be approached to become involved.

It was revealed that there was a budget of £1000 available to promote it.

Sinn Fein Councillor Mary Doyle said it was an “excellent initiative” and commended the companies involved.

Chief Executive Mr Briggs said it was put together when oil prices were very high but commented that “it will always be a relevant scheme”.

It was then formally agreed to take over delivery of the SVDP (St Patrick’s Conference, Armagh) fuel stamp scheme and extend it across the city and district.

St Patrick’s Conference Armagh – which also covers Moy and Caledon – has been running the oil stamp saving initiative to enable people to budget for their heating.

The St Patrick’s Conference had requested the council take over its delivery.

It has been estimated by the Department of Social Development that 29 per cent of households in the Armagh area experience fuel poverty.

Fuel poverty is defined as “a fuel poor household is one that cannot afford to keep adequately warm at reasonable cost. The most widely accepted definition of a fuel poor household is one which needs to spend more than 10% of its income on all fuel use and to heat its home to an adequate standard of warmth. This is generally defined as 200C in the living room and 180C in the other occupied rooms – the temperatures recommended by the World Health Organisation.” (UK Fuel Poverty Strategy, 2001).

Fuel stamps allow householders who use central heating oil to budget and save for an oil fill and, costing £5 each, these can be purchased from a number of local outlets and collected on a savings card.

These stamps will then be accepted as payment by a selection of local oil companies.

In Armagh, the St Vincent de Paul has been running the successful project, which is delivered by three volunteers who facilitate the sale of fuel stamps with a value in excess of £200,000 annually.

They are currently being sold at eight outlets and are accepted by participating oil companies towards the cost of the fuel bill.

It is now intended to extend across the district and include the initiative in Keady, Blackwatertown, Hamiltonsbawn, Loughgall, Markethill, Middletown, Milford, Richhill, Poyntzpass and Tandragee.

The cost of producing the stamps and cards and promoting the new scheme is approximately £13,000.

Promotional costs will be kept to a minimum as a template leaflet has been produced by Banbridge District Council and this will be used in Armagh so that the schemes can be amalgamated post-April 2015.