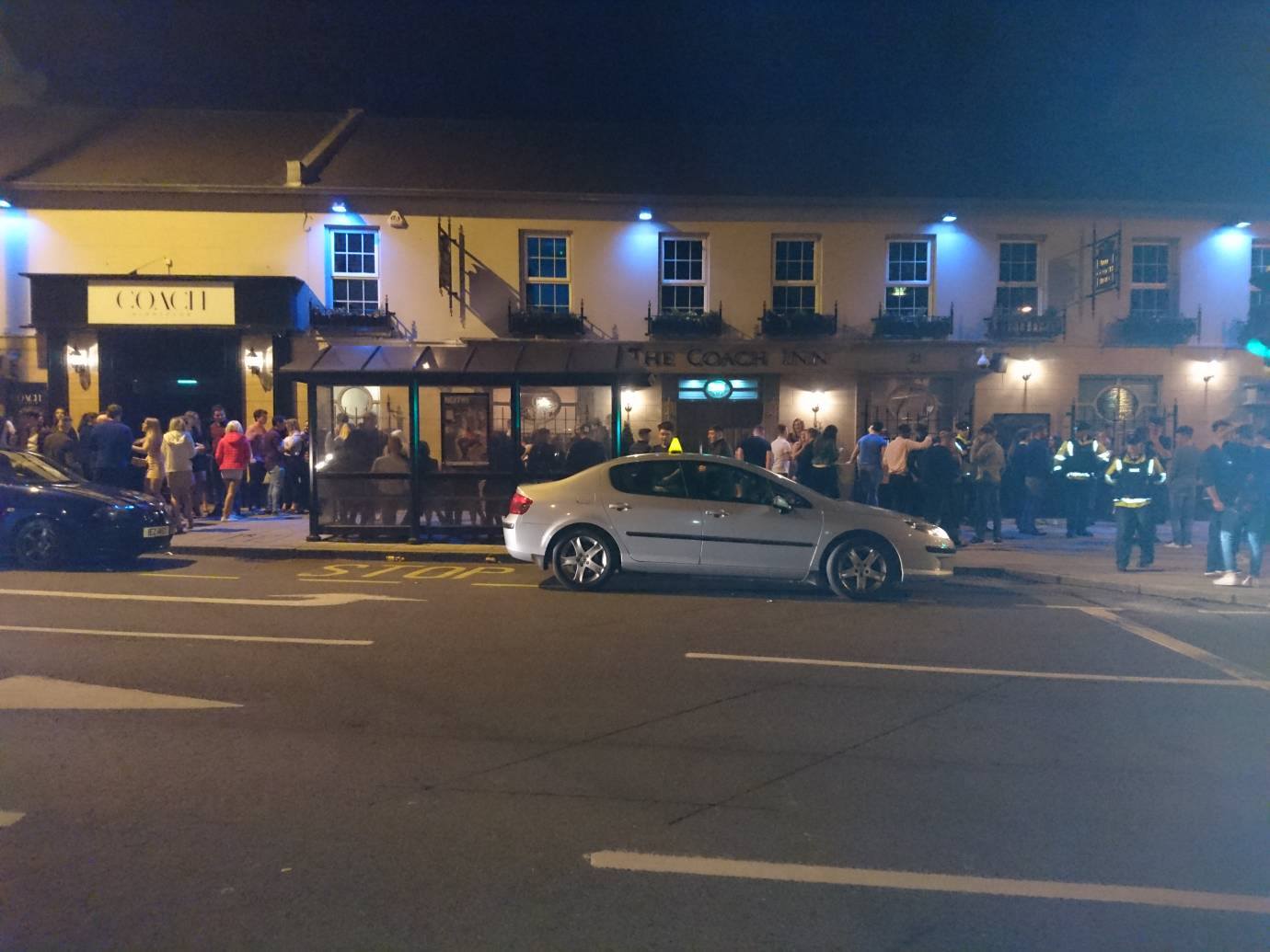 Police have issued a warning after a suspected drug-user, who was “off his face”, was kicked out of a nightclub in Banbridge last night (Wednesday).

According to the police, the young man was unable to stand and even attempted to urinate in front of them on several occasions, after staff removed him from the Coach Inn club.

When taken into custody for his own safety, the man managed to fall asleep and urinate over himself when placed beside a toilet.

Police highlighted the story as a stark warning that drugs are not victimless.

PSNI in Banbridge posted this on their Facebook page: “Last night we spent a good few hours looking after revelers outside The Coach. It was a night of “Is that a real gun?”, “Can I wear your hat?” and “Can I get a selfie?” Standard…

“That is until we were alerted to a male who’d been ejected by door staff. To say he was “off his face” doesn’t do it justice. He couldn’t stand, wasn’t really sure where he was and, judging by the fact he tried to pee in front of us in the middle of the street on 5 occasions, didn’t even register that we were police.

“One thing he was clear on, and that was that he’d taken an ‘E’ during the night. If you saw our boy trying to dance round Banbridge station while we waited for his dad to pick him up, you might think it was a bit of a laugh, but why was he there? That’s where it gets more serious. He could barely stand unaided, let alone walk straight. If we’d left him on his own, he would have without doubt caused himself serious injury and if he’d stumbled out infront of a car, the call to his parents would be to identify his body, not to pick him up. As it was, even when put in front of a toilet, he managed to fall asleep against a wall before peeing all over himself. Transfer that sort of self sufficiency into trying to walk home. It doesn’t bare thinking about.

“If it weren’t for his parents who had to be woken from their bed in the early hours, he would have taken up a hospital bed, possibly an ambulance. Regardless, our crew was off the ground and away from patrolling for well over an hour to deal with him. Thankfully, that was the only emergency resource required.

“Drugs are not victimless. They put people in a position where they can’t look after themselves and need us to turn into uniformed baby sitters. He’s fortunate that the worst he has to worry about is his dad thismorning.

“If you know who’s dealing, let us know. Drugs ruin lives and communities as well as taking vital services away from where they’re needed most. Speak out. Hit back.”