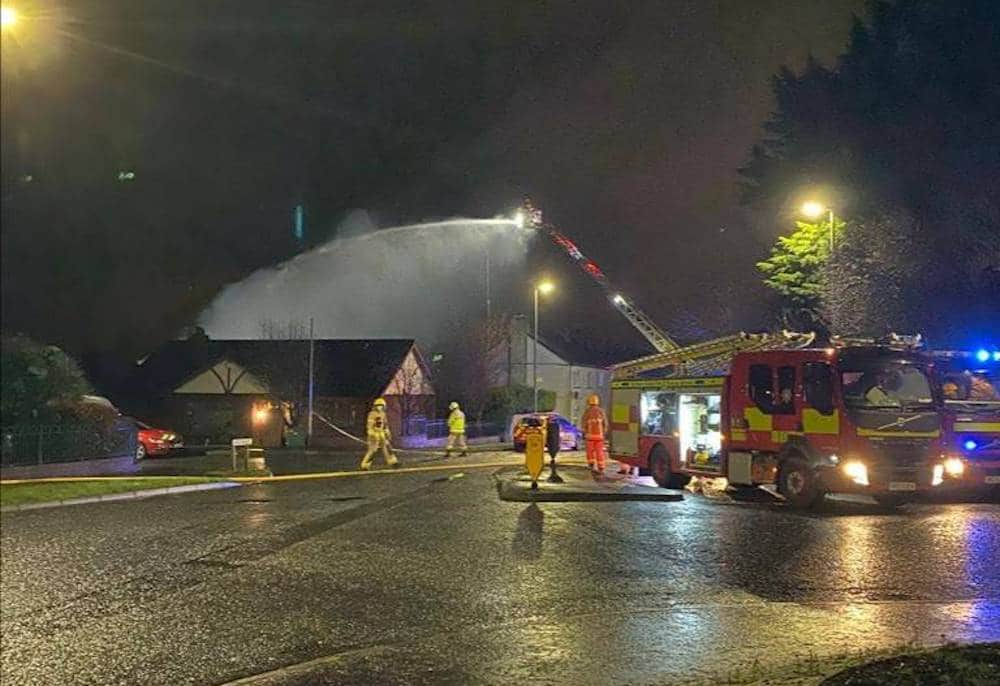 The fire at a shed early this morning remains an ongoing incident.

The road is closed between Peggy’s Loaning and Grove Meadows.

Police said she shed is located at the rear of a property and contains acetylene cylinders.

Local residents have been evacacuated as a precaution.

Motorists are advised to seek an alternative route and avoid the area.

A PSNI spokesperson said: “Northern Ireland Fire Service have advised that the road will be closed for several hours so that they can monitor the fire.”