With the 12th falling on Sunday, Armagh True Blues will parade through local estates and the city centre itself from early on Monday, July 13 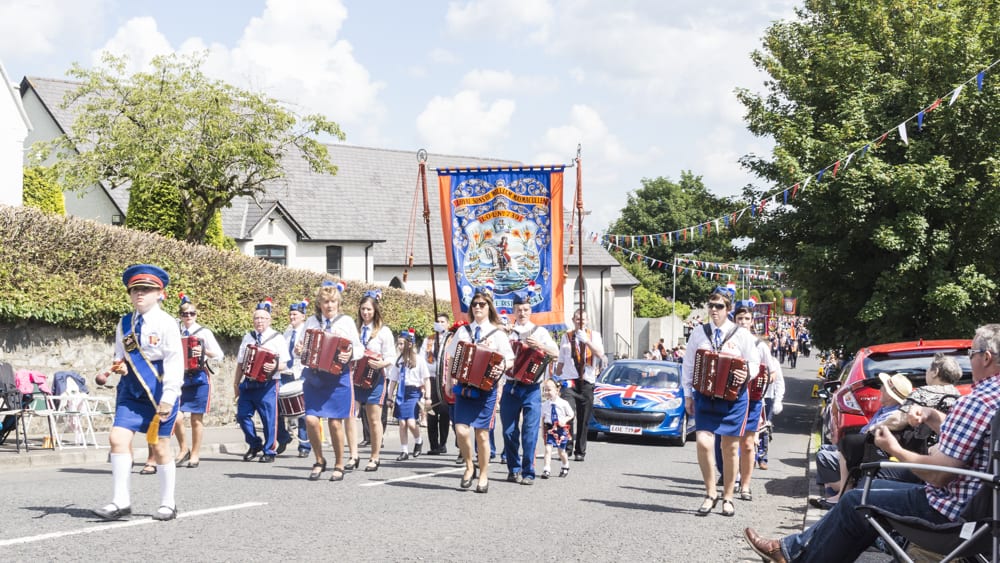 A band parade will take place in Armagh to celebrate the Twelfth of July despite the formal demonstration in the city being axed due to Covid-19.

Armagh True Blues will parade through the city on Monday, July 13, the date on which the Twelfth would have been held as July 12 actually falls on the Sunday.

The Parades Commission has been notified of the intention to parade through the city centre, with the outward journey due to get underway at 11am.

The event is due to conclude at 4pm, according to the papers submitted to the Commission under the name of ‘The Boyne Commemoration Society’.

The Parades Commission has been notified of dozens of parades since the recent relaxation of coronavirus restrictions to allow up to 30 people to meet together outdoors.

The event is not being organised under the auspices of the Grand Orange Lodge of Ireland, which this year is encouraging people to celebrate the ‘Twelfth at Home’.

The band will be parade through residential areas as part of its route to enable many people to see the march without having to leave their homes.

Arches have been erected in towns and villages across County Armagh where there are also plans for parades, including Markethill, Tandragee, Killylea, Loughgall, Portadown and Lurgan, among others.

In Portadown, another parade under the auspices of the Boyne Commemoration Centre will see six bands on the march leaving at five minute intervals.

Six separate notifications were required for this event.

It is due to get underway at 9.15am at Princess Way, led by Portadown Defenders Flute Band. It will move along the Old Gilford Road, Ulsterville Park, Festival Road, Granville Road and Princess Way again, before the parade breaks up for a short period and participants travel by vehicle to Edgarstown Road.

There will be another short break before resuming at Hobson Park and moving along Fitzgerald Park, Rectory Park, Brownstown Road, Glandore Terrace, Deramore Drive, Craigavon Avenue, Jervis Street and West Street to Edgarstown Road, where it is due to end at 4.05pm.

Two bands are intending to march in Killylea at separate times.

Firstly, Ballyrea Boyne Defenders Flute Band will parade from 11am until 12noon.

Between noon and 2pm, Cormeen Rising Sons of William Flute Band will parade around the village.

Later in the afternoon, at 4pm, Lisnafeedy Accordion Band will walk along the nearby Wilsontown Road and Lisnafeedy Road and Battleford Road.

Mavemacullen Accordion Band intend to parade at Clare on July 13, from 10,30am, before moving to Tandragee, gathering on the Markethill Road, at the roundabout at the bottom of Tandragee for noon, for a route that will take them to Mullahead Road, opposite Ballymore filling station.

Hillhaven Flute Band will march from Ballygassey Road in Loughgall along Main Street and back again between 9am and 10am.

Downshire Guiding Star Flute Band will parade through Banbridge town centre, from Hillside Park along a route which concludes at the War Memorial, between 11.45am and 1pm.

In Lurgan, Upper Bann Fusiliers Flute Band will parade between 11.30am and 4.30pm, starting from Russell Drive. Craigavon Protestant Boys Flute Band will then parade along the same route half an hour later.

Geoghegan Memorial Pipe Band will parade from 10am to 11am in Loughbrickland, leaving from the Orange Hall on Scarva Street.

There are also plans for 11th night parades in Markethill and Portadown.

Markethill Fife and Drum Corps will parade through estates and town centre from 7.30pm on July 11, and Markethill Protestant Boys Flute Band will parade the same route five minutes later.

Further notifications could yet be made ahead of the traditional demonstration day.