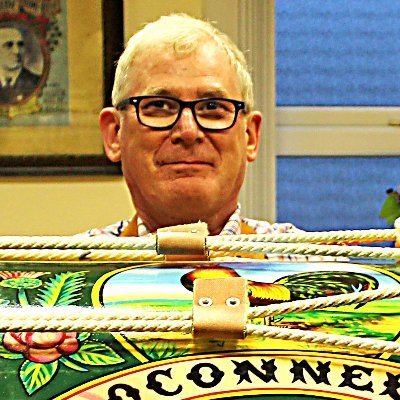 Dr Ian Malcolm, from Lurgan in County Armagh, works as a translator/interpreter and freelance language consultant. His specialist lectures on the Irish Language from a Protestant perspective have taken him all over Ireland and beyond. A regular commentator in the Irish language media, Ian is also a broadcaster who has worked on radio and television with both RTÉ and BBC NI.

Dr Malcolm released a video performance of his Irish translation of ‘The Sash’ on YouTube in a bid to highlight the shared history of the Irish Language. It featured in his fantastic BCC2 documentary ‘Críochdheighilt’ before Christmas.

His book, ‘Towards Inclusion: Protestants and the Irish Language’ considers these fascinating historical perspectives, as well as covering the role of Irish Language in Northern Ireland’s more recent past.