Tullyvallen twice come from behind to advance in Armstrong Cup 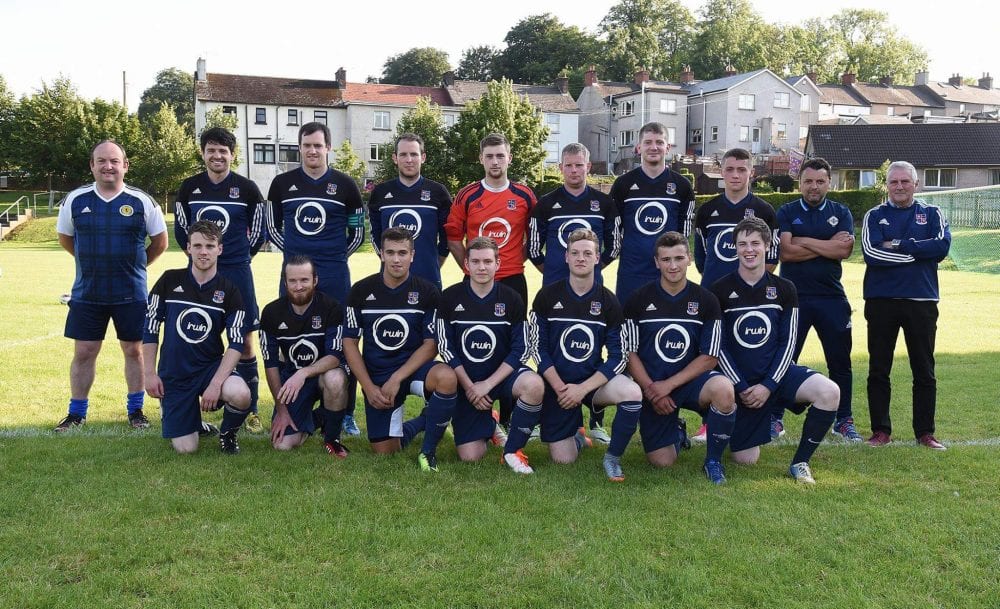 A strong team display saw Tullyvallen progress to the quarter finals after a feisty contest against a team who had registered in the competition as Stranmillis FC but who had played in the Donegal Celtic kit.

The opening minutes saw Stranmillis attack with Tullyvallen slow to react to the danger being created down the right wing.

It was no surprise when Stranmillis took the lead in the sixth minute when Dylan McGuire was put through by Stephen Flanagan whose delicately chipped ball beat the advancing keeper to put them one up.

Further chances were created by Stranmillis however, Tullyvallen were putting in a lot of effort and were gradually having an influence in the midfield where Ethan Whyte was working hard, a number of strong challenges coming from both teams.

Tullyvallen’s persistence paid off when they were awarded a penalty in the 30th minute which Gary Knight tucked just inside the post giving the ‘keeper no chance.

Tullyvallen’s joy was short-lived as Stranmillis took back the lead within two minutes when Flanagan finished off with a back flick into the net when the ball had again been crossed from the right flank
across the face of the goal.

Tullyvallen again raised their game and just before half time Neil Preston collected the ball just outside the Stranmillis penalty box and headed goalwards. He finished off his run with a cracking right hand low drive to make it 2 – 2.

One minute later Tullyvallen took the lead for the first time when Kyle Morton latched on to a through ball again coming from the right flank which he thumped into the corner of the net past the advancing keeper.

On the interval re-start Tullyvallen continued to apply the pressure and were unlucky not to go further ahead but were frustrated by the Stranmillis keeper’s saves.

A number of bookings for persistent fouling and dissent followed before Tullyvallen stretched their lead
in the 62nd minute when Morton added his second.

One minute later, man of the match, Ethan Whyte made it 5 -2 and finished off a great performance when just prior to the end he added a second after the first effort on goal had been well saved by the keeper when Benjy Telford had beaten the offside trap.

This was a very solid performance by Tullyvallen Rangers who showed a great team spirit, with everyone working hard for each other and their team.