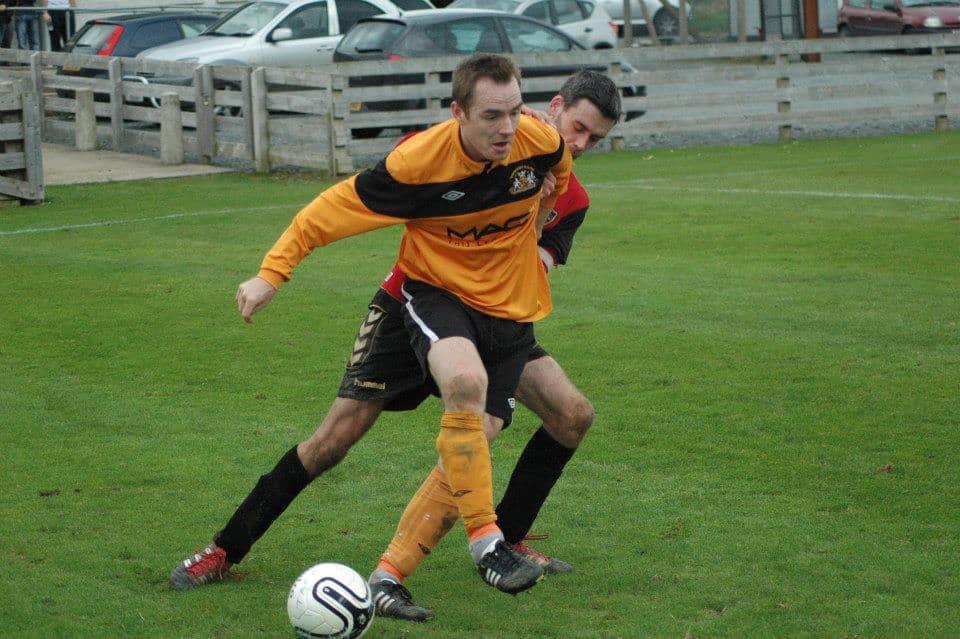 HOLDERS Tandragee Rovers stormed into the semi finals of the Premier Cup with a convincing 5-2 win away to Lisanally Rangers. Tandragee had a blistering start to the game and AJ Gallagher fired them into the lead after two minutes.

Paul Greenaway’s deep cross picked out the unmarked Gallagher who took a touch before volleying into the top right hand corner. Tandragee moved further ahead after 10 minutes when Mark Bicker found the bottom left hand corner from the edge of the box after good work from Chris Jeffers.

Tandragee had a shout for a penalty after the ball struck Stuart Bruce’s hand but the referee waved play on. Bruce had the ball in the Tandragee net moments later but he was adjudged to have been offside when he headed the ball from Lee Well’s free kick. Tandragee made in 3-0 after a quick breakaway from a Lisanally corner.

Dean Singleton header clear to Mark Bicker who released Paul Greenaway he bet his marker to the ball before slotting home past the Nally keeper. Tandragee were rampant, especially the front two of Bicker and Greenaway and they combined for Tandragee’s fourth on 35 minutes.

Chris Jeffers played the ball down the right wing, Greenaway chased down the ball and managed to keep the ball in play before crossing in for Bicker to head into the bottom left hand corner. Lisanally continued to look dangerous from set pieces on the tight pitch and they hit the cross bar from a Lee Wells free kick.

Tandragee continued to pose a threat going forward in the second half and had chances to score through Bicker, Gallagher and Greenaway before Gerdy Magee made it 5-0. Magee was on hand to knock the ball into the empty net after a surging run and shot from Bicker was only parried by the Nally keeper. Paul Greenaway hit the cross bar with a shot before Lisanally scored 2 late goals, who to their credit never gave up despite going down to 10 men near the end of the game.

Rovers now have home advantage in the semi finals against Markethill Swifts on the 1st December. Rovers man of the match was awarded to Mark Bicker after his energetic display.

Tandragee Rovers Reserves remain top of the Reserve 2 table after a 3-2 win against third placed Glenavy. Jason Dickson and David Whitten added to an own goal.