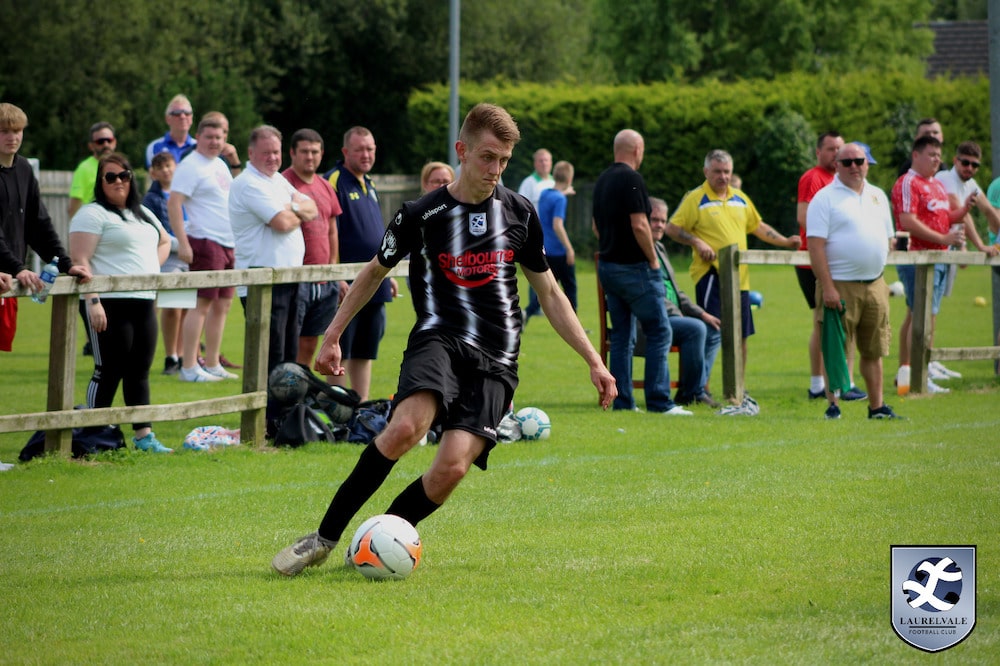 A new-look Laurelvale side will play host to visitors Valley Rangers as the Mid Ulster Football League makes a return this weekend.

A much-changed side on the field will also include a first competitive game for new ‘Vale manager Gary Millar who took up the hotseat at Sidney Wright Park earlier this summer.

Millar’s side has undergone a mini makeover with six new players on board including Matty Strain (winger), Wilson Montiero (winger / striker), Scott Rae (midfielder), Matthew Briggs (defender), Jamie Courtney (goalkeeper) and Sam Murphy (left back / midifelder) among those brought in by the former Portadown striker.

Speaking ahead of the game, Millar said he cannot wait to get the campaign underway. “The same goes for all my coaching staff as well they cannot wait until the first whistle and we can get to work,” he said.

“We have seen the fixtures; the first five games are against strong teams but we are going into each game focusing on ourselves and showing the league what this team is capable of.

“On a plus side, most of our opening fixtures are at home so we can turn Sid Wright Park into a tough place to come to. The team are also ecstatic for the season to commence.”

Millar made reference to a tough pre-season with rigorous training sessions complimenting the friendlies which as seen improvement each and every time. Wilson Montiero in action during Pre-Season

“We demand a lot from the team and they have responded well and kept getting better and better each time we turn out,” said Millar.

“We are starting to build some momentum and hopefully we can take that into Saturday and hit the ground running.

“In terms of our expectations for the season, we are here to win. It’s as simple as that. My coaching staff and I firmly believe the players can push in the top half of the table and the team are starting to believe that too. Simon Foster gets an effort on target

“The players know the quality in the squad and it’s now about producing consistent quality performances and I have no doubt the results will look after themselves.

“I knew before I took the job that last season was a hard year for Laurelvale but also knew that this team has the ability to do something special this season.

“We have strengthened the squad and will continue to do so where we can. We put a huge emphasis on the players and their importance to the club. Scott Rae will bring some experience into the heart of midfield

“So come Saturday after the game, Laurelvale FC will hopefully be able to celebrate getting three big points on the board.”

The game kicks off at 2.15pm on Saturday with spectators welcome, but there with be regulations in place within the ground, including social distancing and temperature testing on entry.