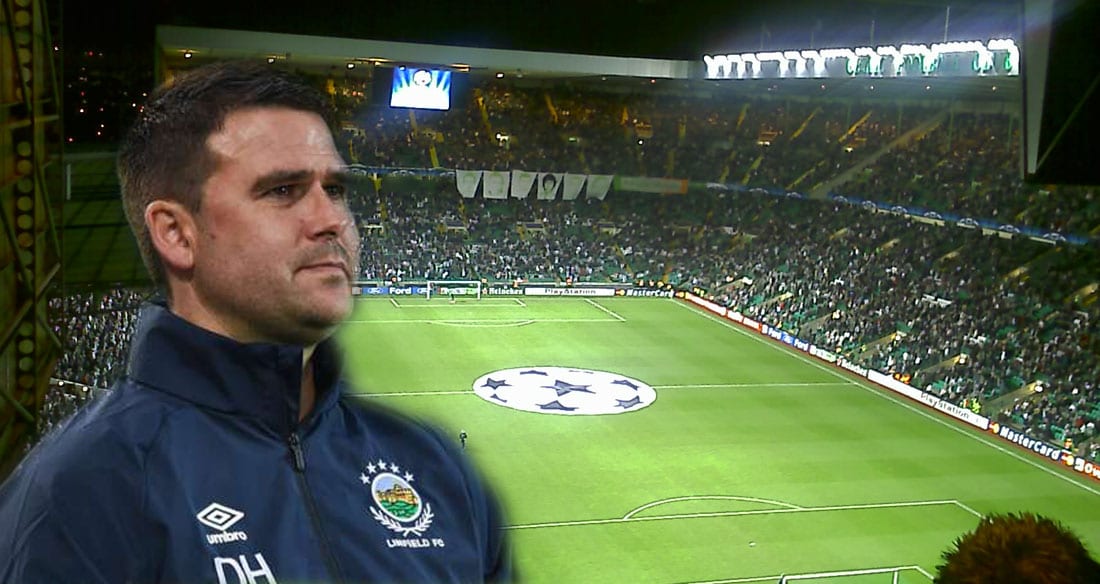 Linfield could face Scottish champions Celtic in the second qualifying round of the Champions League.

Should the Belfast side get past La Fiorita from San Marino in the first round, they will meet in a huge clash on either July 11 or 12.

The first leg to be played at Windsor on a hugely significant date in Northern Ireland.

La Fiorita’s record in Europe has been poor so David healy’s men would be expected to progress.

Since 2012 they have bowed out of the Europa League competition at the first qualifying round stage – conceding 35 goals in the process and scoring just once.

However, at this early stage remains to be seen whether police would sanction Celtic playing Linfield in Belfast on 12 July, or 11 July, even in the event of this being the way the draw pans out.