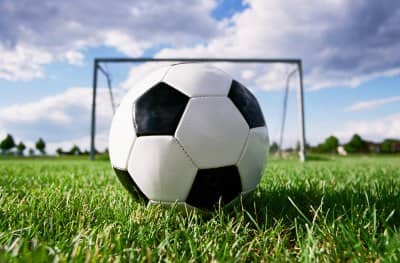 ARMAGH City return to Belfast Telegraph Championship Two action on Saturday when they take on Wakehurst.
The Holm Park outfit will be hoping to protect their unbeaten start to the season after grabbing two wins and a draw in their travels.
But, once again, it will be a tough task against the battling mid-table County Antrim outfit.
City should be at full strength for the match after all their players came through the easy 5-1 defeat of Lurgan Celtic in the Bob Radcliffe Cup last Saturday.
Five different players scored in that match – Shea McGerrigan, Eamon Kelly, Liam Cullen, Stephen Murray and Kevin Keegan – and all should be pushing for starting places this weekend.
The match against Wakehurst, which kicks-off at 3pm, will be played at Mill Meadows in Castledawson on an all-weather pitch.
This will give City a further opportunity to play on a synthetic surface following the opening of the new 3G pitch at Holm Park last weekend.
Early indications show that the senior squad have adapted well to the new surface which should suit their free-flowing football style.
Wakehurst have started their season reasonably well, winning one and drawing two of their four league games, to date.
It is likely Armagh will start this encounter with the side which began against Lurgan Celtic.
The resolute back-four of Dale Montgomery, Ryan McGerrigan, Ultan Lennon and Dara Noonan, along with goalkeeper Sean Morgan, will be staking claims, while midfielders Cullen, Hynds, Keegan and Kelly will be hard to depose after strong games last Saturday.
Up front, the hard-working Stephen Murray and tricky left-sided winger Shea McGerrigan would be favourites to face Wakehurst.
However, they can expect to be pushed all the way for places by a youthful City bench, which includes the talented Luke Grimley who came on as sub against Lurgan Celtic and impressed.
Flying machine Gareth Grimley is also waiting in the wings as competition for places increases week by week.
This is a healthy problem for manager Marty Rice and his management team as the senior squad seek to build on their early season success at Castledawson on Saturday.
RESERVES
Meanwhile, Armagh City Reserves have a mouth-watering Coca-Cola Junior Cup Clash at Holm Park this Saturday, September 21.
For, at 1.30pm, they face an unknown quanity in Santos of Belfast.
After drawing 0-0 with Coagh Reserves last weekend – with 10-men for most of the game – City’s second string will be hopeful of progressing in the tournament.
The team will be training hard this week and trying to familiarise themselves with the new 3G pitch at Holm Park.
GUESTS
Last Saturday Armagh City FC invited a number of guests and sponsors to the opening of their new-look ground.
A ‘Festival of Football’ took place during the day, starting with the Mini-Soccer players, followed by the Under 18s – who defeated Lurgan Celtic U18s by 6-0 – and the senior team who brushed aside the challenge of Lurgan Celtic FC by 5-1 in the third round of the Bob Radcliffe Cup.
Attending the senior match was local man Nigel Cooke in his capacity as chairman of the Mid-Ulster League.