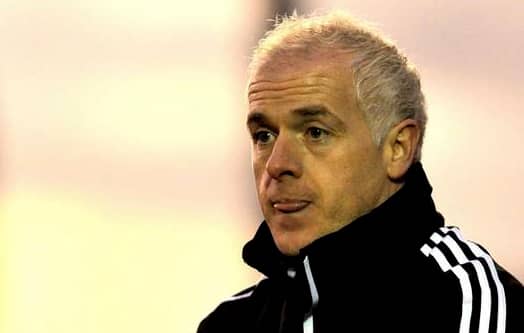 Armagh were demoted following a 7-1 aggregate defeat to Newry City in the Championship relegation play-off.

The Eagles had trailed 4-0 from the first leg and were unable to prevent a dominant Newry side returning to the Championship.

After seven years in charge, Rice felt it was time for a change at the club.

A former player himself, Rice was named first team manager in July 2010, having been assistant to Ivor McGucken at the start of the 2009–10 season.

During his tenure, Rice won the Championship 2 title in 2014 as well as two Bob Radcliffe cup successes in 2014 and 2016 respectively.

We wish to announce that Marty Rice has stepped down as first team manager. We acknowledge the major contribution he made to the club. 1/2

During Marty’s 7 years we had successes in both leagues and cups. We thank him for all his hard work and wish him well in the future. 2/2