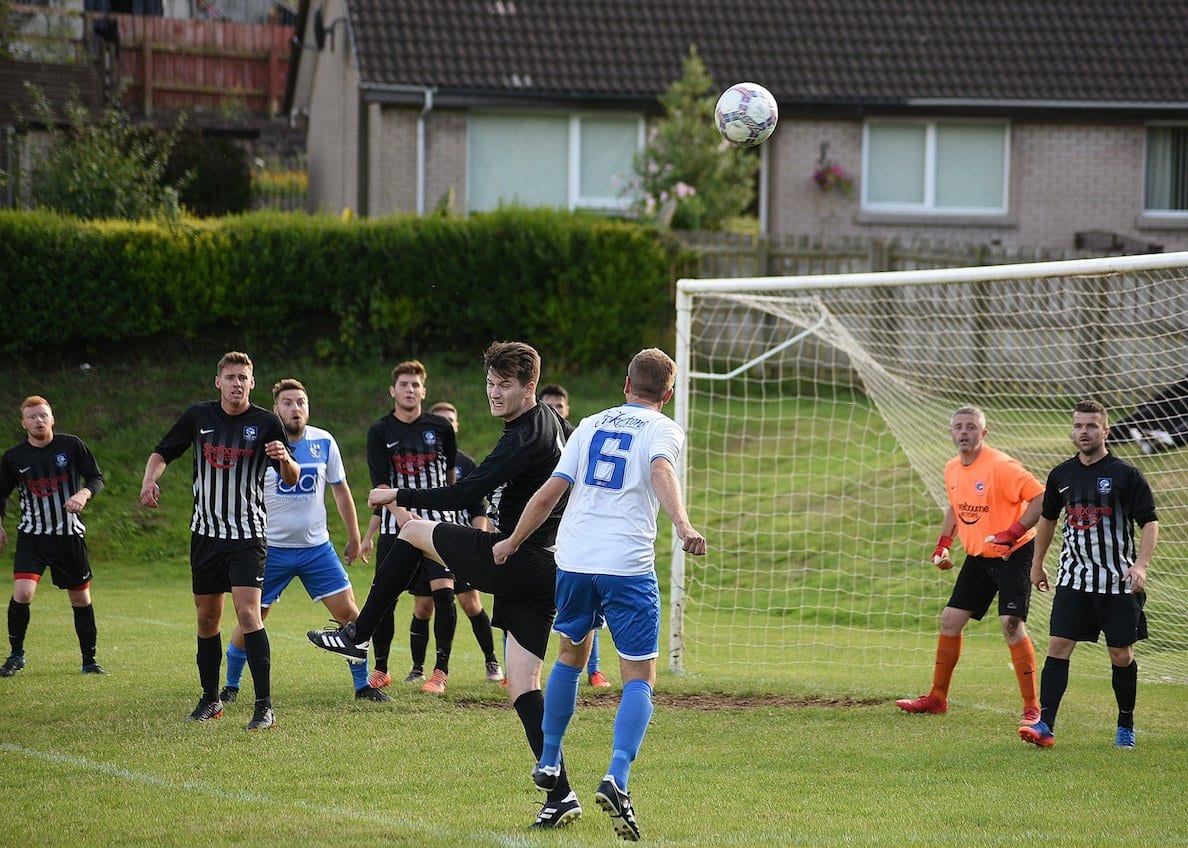 Armagh Blues continued on their quest for the Armstrong Cup and put in another great team performance to deservedly overcome the much-fancied Laurelvale team who had entertained the supporters in previous rounds with their fast and flowing counter attacks.

The Blues settled into the match much quicker than their opponents and almost took the lead in the fourth minute but for the Laurelvale keeper, Mark McKinley who pushed a strong header from a free kick wide of the upright.

The Blues however, were not to be denied, and two minutes later Simon Andrews latched on to a through ball following a defensive error and drove the ball into the corner of the net giving the ‘keeper no chance.

The Blues ‘keeper, Philip McCoy was also kept busy and had to make a fingertip save when the ball was deflected goal wards.

Laurelvale had then a great opportunity to equalise but Nathan Stewart fluffed his shot in front of goal after having beat the offside trap.

The Blues were living dangerously with their offside tactics and were penalised in the 15th minute when Aaron Black ran onto a through ball, side stepped the keeper and stroked the ball into the empty net.

Two minutes later Jonny Grant almost added a second but was denied by the impressive McCoy.

The Blues continued to fight for every ball and were again rewarded for their efforts when Alastair Dodds toe-poked the ball just as McKinley was about to collect it from the ground.

The ball went loose and as McKinley remonstrated with the referee, rather than diving on the ball, Dodds realising
the opportunity knocked it into the empty net from an acute angle. Half time 2-1.

Laurelvale started the stronger and Aaron Black was denied an equaliser when firstly his header from a free kick was tipped over the bar and then a shot from close range hit McCoy’s hand and deflected round the upright for a corner.

It was the Blues though who went further ahead, just after 60 minutes, when Kyle Johnston latched onto a deflected shot and firmly slotted the ball into the net from 15yds passed the advancing ‘keeper.

Laurelvale regrouped and following a period of pressure they pulled the score back to 3-2 through Dean McCammon in the 80th minute following a brave header when he beat the keeper to a cross from the right wing, encountering a strong challenge in the process.

The last 10 minutes saw Laurelvale search for the equaliser but were continually denied by the Blues defence led by Adam Breaky, who had a great game, whilst at the other end Johnston and Andrews fought tirelessly and were justly awarded when the final whistle blew.

The Blues final hurdle will take place on Thursday night when they meet either Annagh Strollers or Fivemiletown FC.