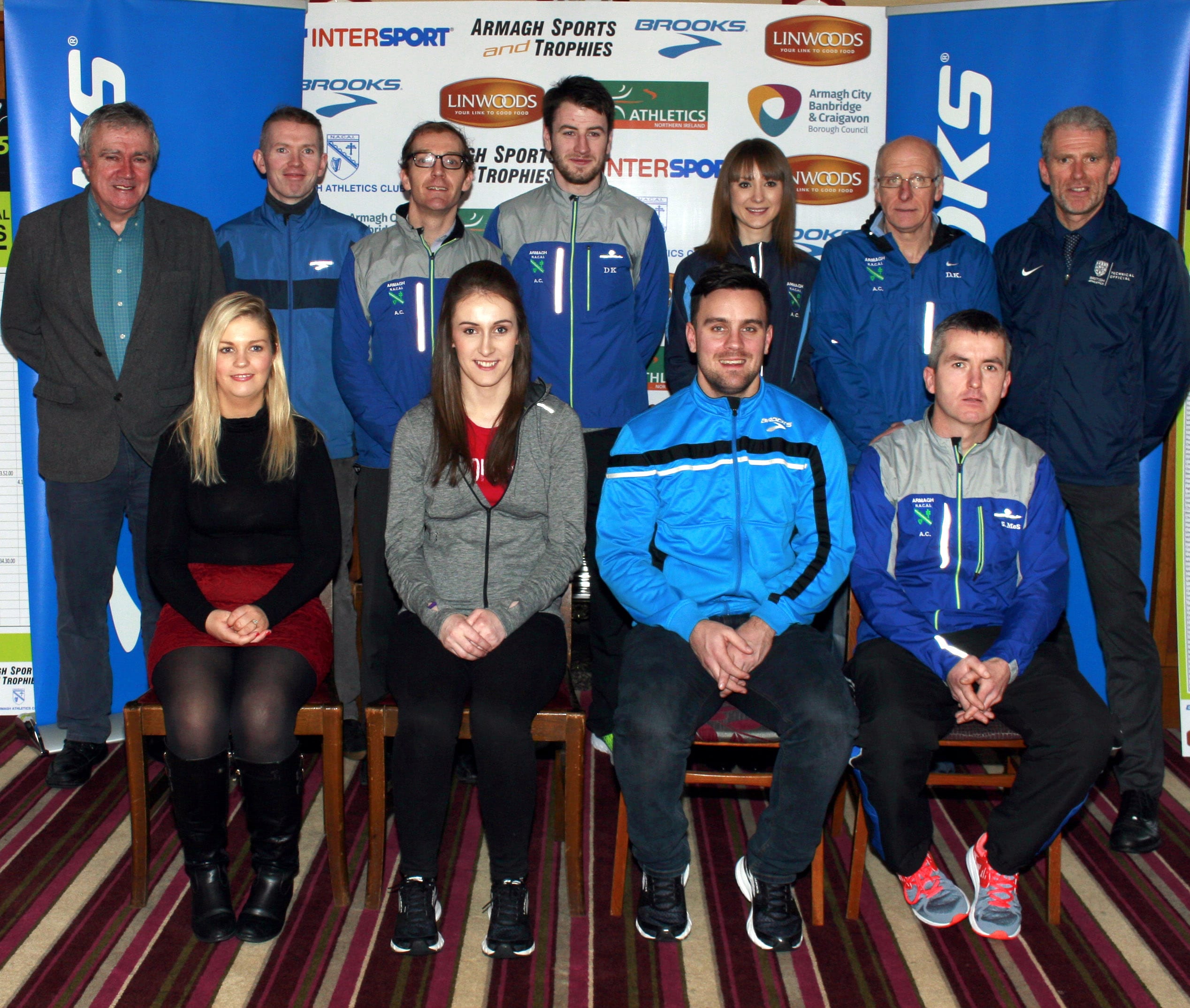 The event is organised by Armagh Athletic Club and attracts athletes from the highest elite standards from all over the world including the UK, various European countries and the United States.

Speaking at the official launch Race Director Brian Vallely said: “The Armagh International Road Race has developed over the years into one of the most significant elite road races not only in Ireland but worldwide mainly through the in-depth performances in the 5K and this year is no exception.”

No less than ten of the athletes entered so far have recorded times under 14 minutes led by Scottish Champion Andrew Butchard who has a best of 13.29 recorded last year followed by Ireland & Brooks athlete Mark Keneally who has recorded 13.36.71 for 5000M.

He’ll be pushed by Andrew Colley of the USA who has run 13.40 with Richard Peters from England close behind on 13.46. The European 3000M St Chase Champion Krystian Zalewski and Polish 5000M Champion Krysztof Zebrowski lead a very strong Polish challenge for both individual and certainly team honours. The launch of the 26th Brooks International Road Race, which will take place on February 18.

Other athletes like Yannick Michiels of Belgium and Janne Ukonmaanaho of Finland both athletes of National & International standing will also be in contention.

Overall the men’s 5K has almost 100 athletes entered who have run under 15 minutes and another 50 under 16 minutes.

This illustrates the unprecedented in-depth nature of this year’s race.

Coming to the Women’s 3K we are looking at the best field ever assembled and expect some great performances on the night. The main challenge here is coming from two sub 9 minute runners both representing the Scottish National team namely Laura Whittle with a best of 8.50 and Beth Potter with a best of 8.58.

While these two are the ones to beat there is no shortage of challengers such as Charlene Thomas of Wakefield and Katrina Wootton of Coventry who both have run 9.01 for the distance. In previous years the women’s race statistics have shown up to a dozen runners dipping under 10 minutes – this year we already have almost 30 entered with sub 10 minute times. This is going to be a great race.

The Armagh International Road Race is not just all about the International races as we have another 10 events on the night including the Men’s Open 3K, 8 under-age races and a race for children attending Special needs schools.

These races and the huge crowds they attract in support add a wonderful atmosphere set against the lit up Mall one of the finest City Centre sites in Europe.

The races are run on an approximately 1000M Lap and provide spectators with unparalleled access to the race all the way round.

Thanks are due to the dozens of volunteers, Armagh AC, the PSNI, the local council and our main private sector sponsors, in particular BROOKS, INTERSPORT & LINWOODS. Without their support and the support of numerous small businesses in the Borough area it wouldn’t be possible to sustain the promotion of our race.

For more information or to enter visit http://armagh5k.com