‘Pulling power’ of new Armagh development as homes snapped up 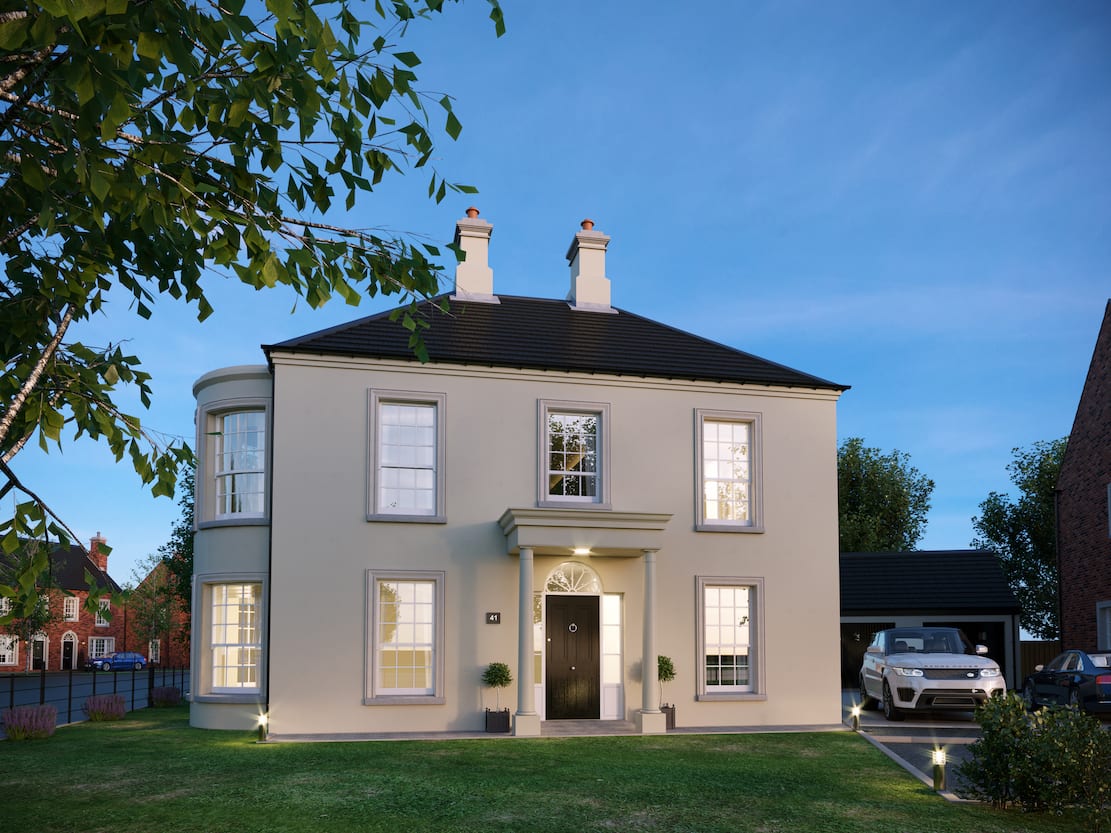 As the fireworks lit up the sky on Halloween night, they also acted as a somewhat unofficial opening of a new link road in Armagh – paving the way to the latest city housing development to go on the market.

Property agent Hannath says the “proof is in the pudding” and believes the developers behind the Deanery Demesne have created something for the people of Armagh to be proud of.

The first phase of a multi-million-pound housing development off Mullinure Lane was given the green light by planners earlier this year.

The ambitious plans will see up to 350 new homes being built, and work to achieve this included a link road, which was opened on October 31.

This first stage consists of a total of 55 homes – 50 semi-detached and five detached. 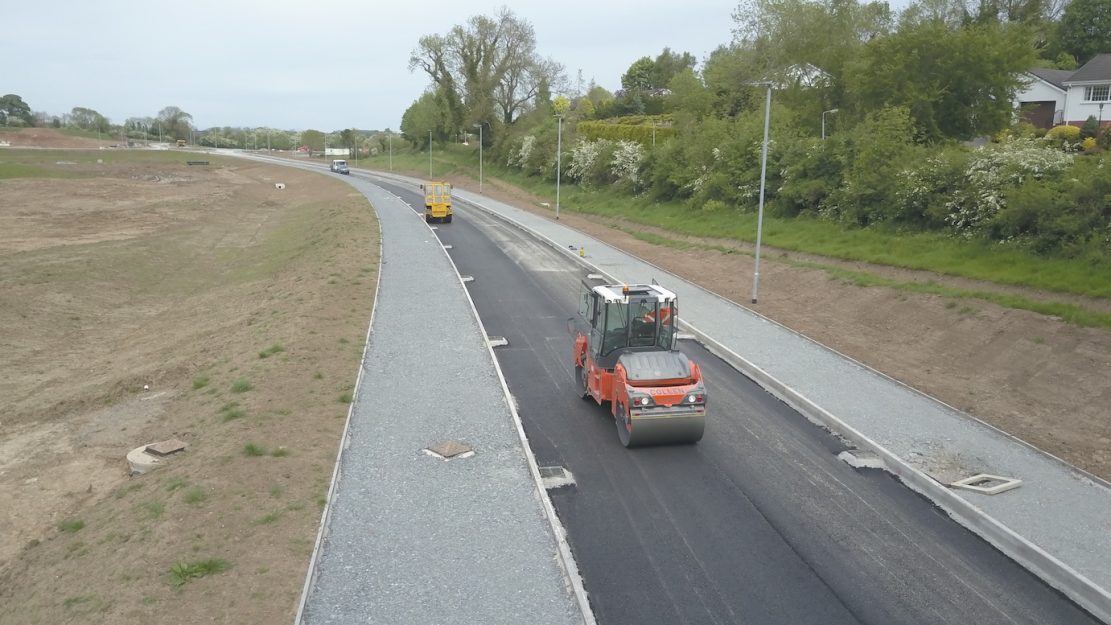 Hannath, the Portadown estate agents tasked with the selling of the homes say they have been delighted with the response.

Speaking to Armagh I, Managing Director Alistair Glass said: “There seems to be a bit more traffic as people go to have nosy at what has gone on, they will be able to see the success and the great job that has been done with it.”

To date 28 homes have been put on the market at Armagh’s latest development with 25 already being sale agreed; Alistair says that they aren’t complaining about the last three which should be snapped up in no time.

“It seems to be a popular scheme”, said Alistair. “We always knew it would be, we knew the address would have pulling power and it is no surprise at the demand there has been.”

All being well the first new residents will be moved into their homes before Christmas. 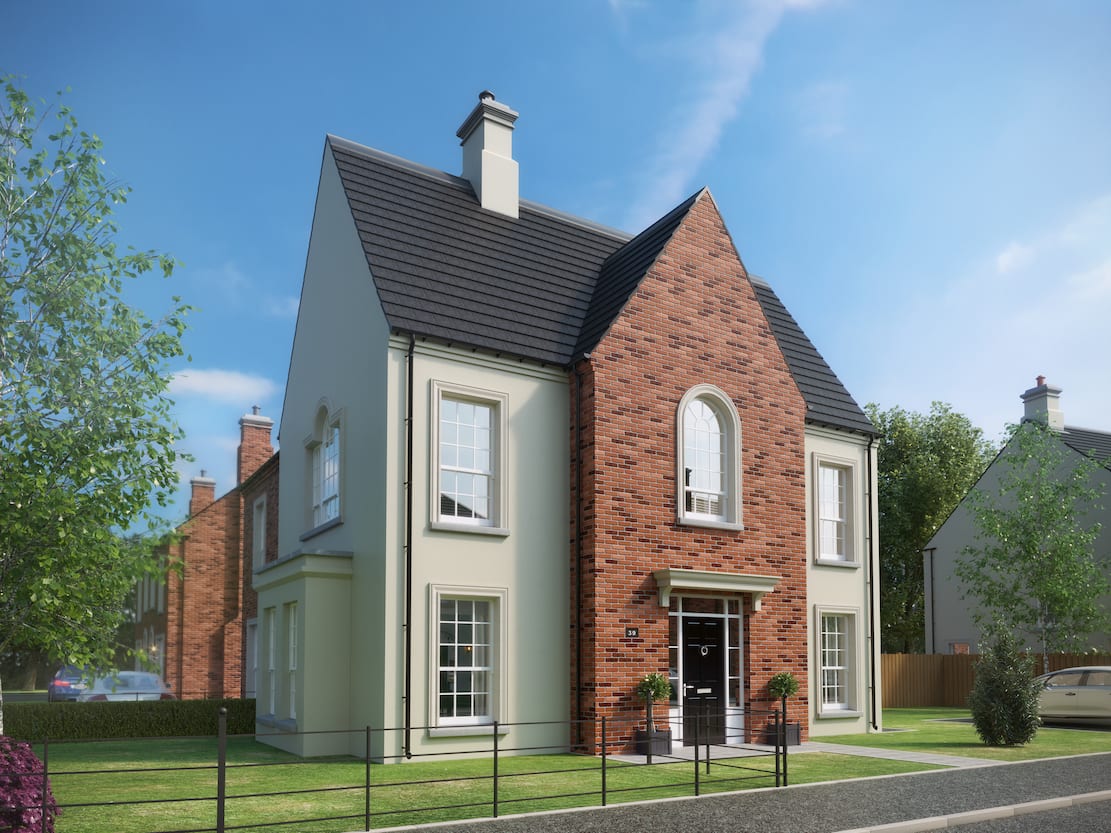 “There is something to be said about a new home with your own personal touch on it; your kitchen, your colour of tiles and lighting that stove for the first time.

“Its a lovely setting, the countryside is literally on your doorstep.”

Phase one is still not complete, with another 22 house to be added, but work will not stop there.

Alistair continued: “We have been working on phase two for quite some time now and I think the market has been crying out for bungalows for a long time, so some detached bungalows in there will be very popular.”

There has been some debate regarding the new road layout at Mullinure, which has been put in place to facilitate a new link road, but Alistair says this has not been lost on developers.

“I know there has been some upheaval over the last number of months, but I think that you can see why it has been done and the proof is the pudding.

“When you drive up that road and see what a success it has been and see it all come together, the developers are very pleased with how it has come along and think the people of Armagh should be to.”