Will you walk with us? Camino Mhacha from Mullaghbane to Armagh City 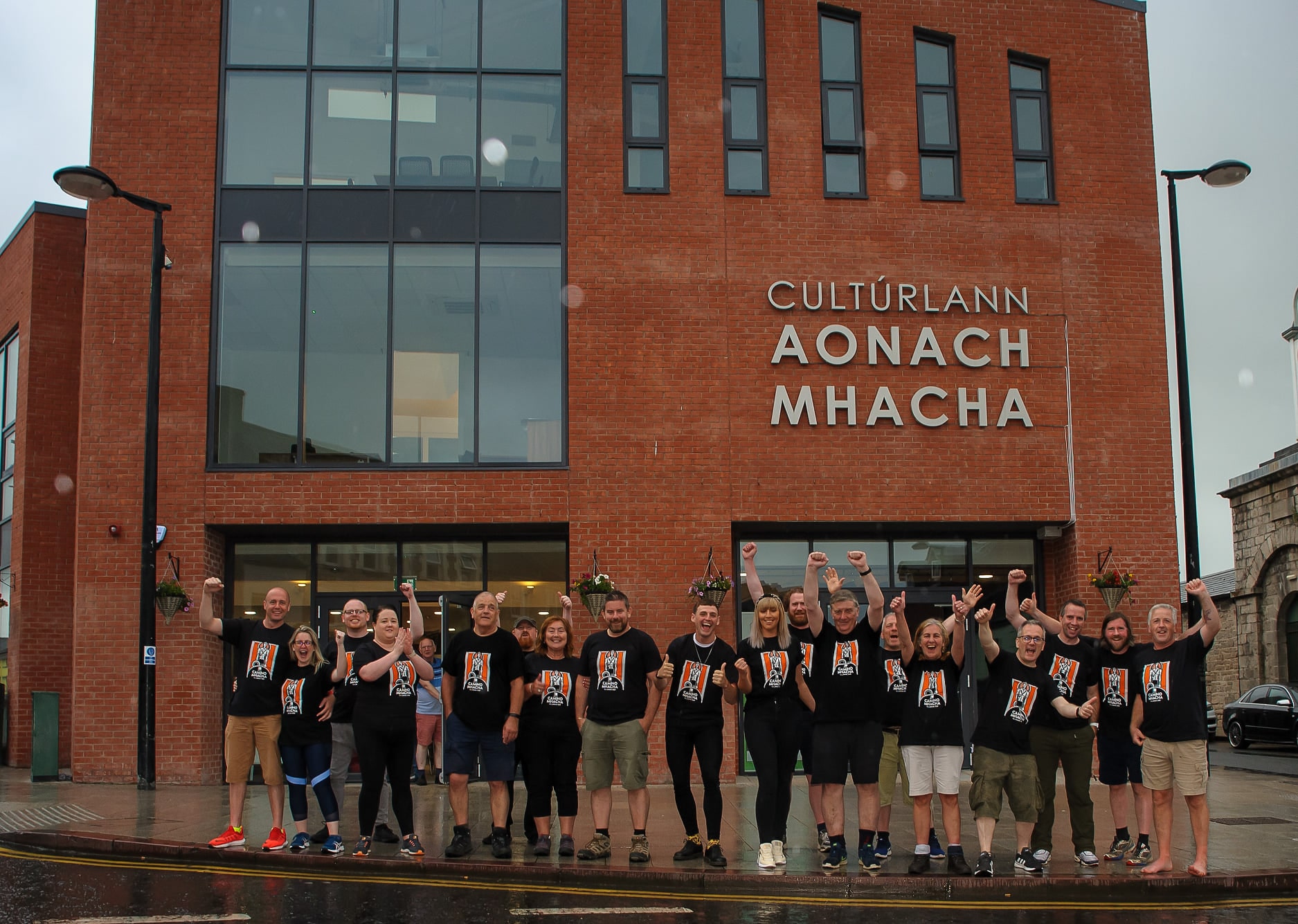 Even those of us with little knowledge of history and mythology will be aware that Armagh (Ir: Ard Mhacha – ‘Macha’s Height’), the ancient capital of Ulster, once played host to the legendary figures of Cú Chulainn, Queen Macha, King Conor Mac Neasa and the legendary band of warriors known as ‘The Red Branch Heroes’.

Before the arrival of Christianity in the fifth century, Armagh, and particularly ‘Eamhain Mhacha’ [Navan Fort] on the outskirts of the City, was a place of huge ritual and ceremonial importance.

Only recently came the welcome news that archaeologists have uncovered evidence of Iron Age temples and other intriguing structures at this internationally famous heritage site in our midst. Drawing inspiration from the Iron Age tales described in the ‘Ulster Cycle’, which is comparable to the Greek Iliad in theme and tone, the team at the new Aonach Mhacha Centre in the Shambles are continuing to develop the annual ‘Camino Mhacha’ [‘Macha’s Way’] from the Tí Chulainn Centre in Mullaghbane to the Aonach Mhacha Cultural Centre in Armagh City.

The inaugural ‘Camino’ on the Festival of Lúnasa took place on August 1st last year and attracted huge interest both locally and nationally. This year Camino Mhacha will take place on Sunday, August 1. There is already considerable interest among walkers and places are limited. Contact us soon if you are interested in walking with us.

Its purpose is to raise funds for the new Irish language facility which was forced to close its doors just one week after opening, prior to the outbreak of the Covid-19 pandemic.

Donations have already arrived from as far away as the USA and China and some sponsorship from Foras na Gaeilge will certainly help.

Walkers will follow in the footsteps of Setanta, the boy hero from Ulster who made his heroic return to the Red Branch Warriors at Eamhain Mhacha [Navan Fort] from Tí Chulainn with his new hero’s name, Cú Chulainn, the Hound of Culann.

He became the foremost warrior of the Red Branch Heroes and the legendary defender of Ulster. Réamonn added: “Camino Mhacha re-imagines Cú Chulainn’s Trek which gained legendary status in the mythology of Ulster. The heroic tales of Cú Chulainn have inspired men and women to great achievements since first written down by early Christian monks in the 7th Century.

“Camino Mhacha will re-enact an ancient episode which forms part of our unique Gaelic heritage on an annual basis. Upon their return to the new Aonach Mhacha Centre walkers will enjoy ‘The Heroes’ Feast’ with friends and supporters, courtesy of our friends at The Spice Lounge.”

You can register here http://caminomhacha.com/register/

You can also donate directly to the group by following the Go Fund Me link here.