Tandragee man has 'big changes' planned for The Montagu Arms 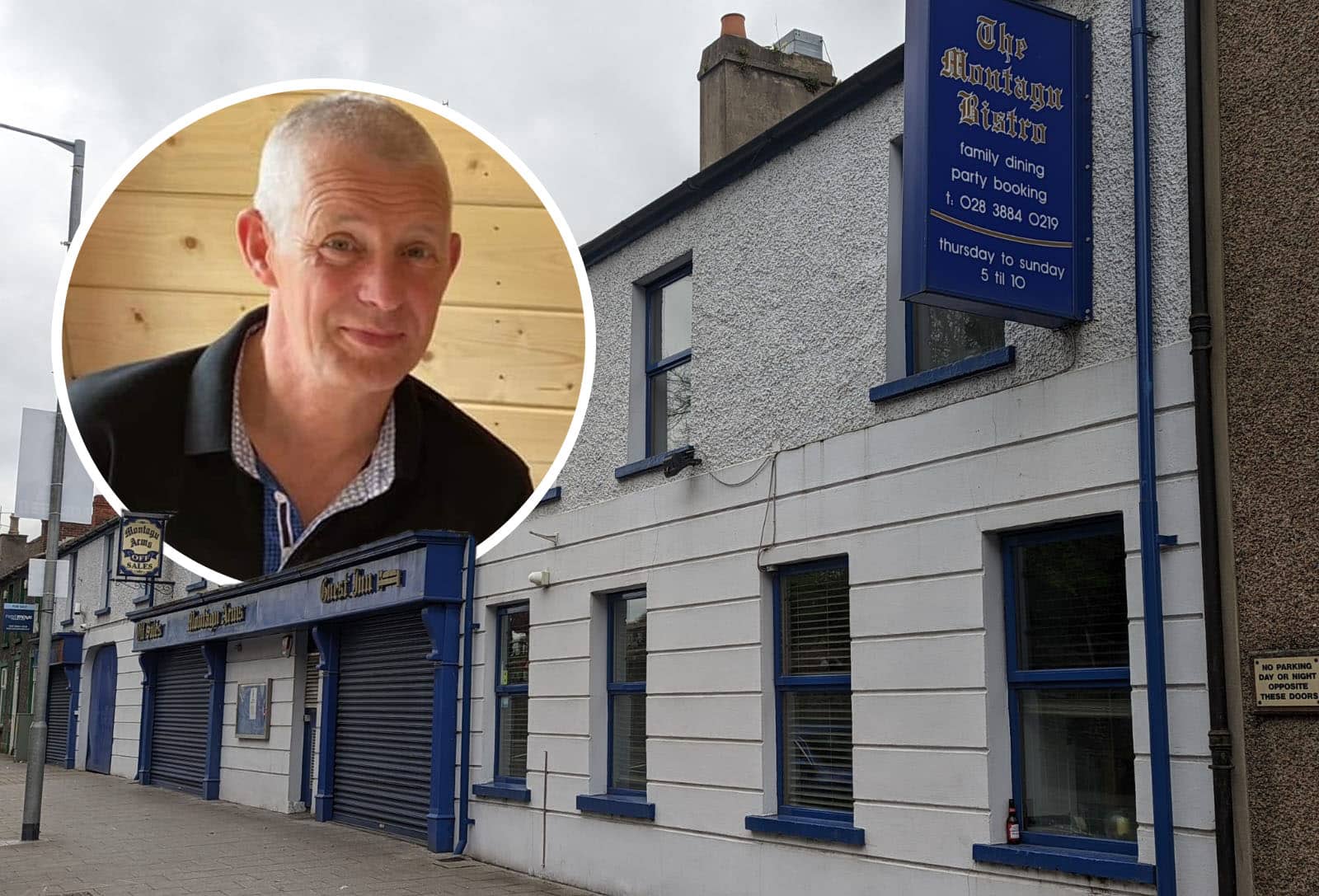 A Tandragee man will be fulfilling a lifelong wish of owning his own bar when he reopens The Montagu Arms in November.

Paddy Nixon, who works for Tayto, has taken on the lease of the bar which has been his local for many years and where he has worked as a mobile DJ.

And he has big plans for the business which he hopes to transform over the coming months.

This includes taking on another full-time member of staff and six part-time workers.

Paddy will shortly be leaving his job of 34 years with Tayto, where he works as a team leader, with the aim of opening on November 1.

The restaurant, bar and guesthouse closed in May, citing a lack of staff availability in the hospitality industry since the onset of the Covid pandemic.

Paddy told Armagh I : “For the last 20 years I have been DJing in the Montagu Arms, mostly on Saturday nights, but I have always done their Christmas and New Year’s Eve season.

“I also did bar and restaurant work in the Seagoe and Carngrove Hotels and at Portadown and Tandragee Golf Clubs back in the day.”

Paddy said he had seen a lot of change in staff attitudes in bars and clubs, with less emphasis on customer service, and that was something he wanted to reintroduce in the Montagu.

“You always used to be there for the customer and as soon as their glass was empty or their table was dirty, you were over,” he said.

“Now it seems that in many places the service ends at serving the drinks.

“I always knew that if an opportunity came up to run my own bar I would take it.”

Over the next few months, Paddy and wife Karen plan to transform the venue into a “funky, vibrant, lively bar” with changes in decor including to the lounge area for a more upbeat feel.

The restaurant will reopen and Paddy plans to bring in a new chef who will serve a menu of English dishes, with Sunday lunches available again.

“I’d like to bring in different singers as well and a wee folk group into the bar on Friday nights,” he said.

“I also noticed when I was in Holland that people like a quiet room so I’m going to change the old poker room and have a stove and dimmed lights and overhead light music where people can come in and sit without having to worry about the people or the noise inside the bar.

“I’ve talked to local people about this too and there seems to be a demand for it.”

Paddy is also planning to convert part of upstairs into a conference area as well as resurrecting the bedrooms which, he says, there has been a lot of interest in, including from visitors planning to visit the Tandragee 1oo races.

He added: “I’m going to give it 110 per cent. It’s a big step after working in Tayto for 34 years and it was a big decision to make. But the opportunity has come up and I’ve taken it.

“There will be big changes coming up. I just want the Montagu for the people of Tandragee and beyond, and I want people to come in and feel the warmth and liveliness of it, and then go and tell their friends.”