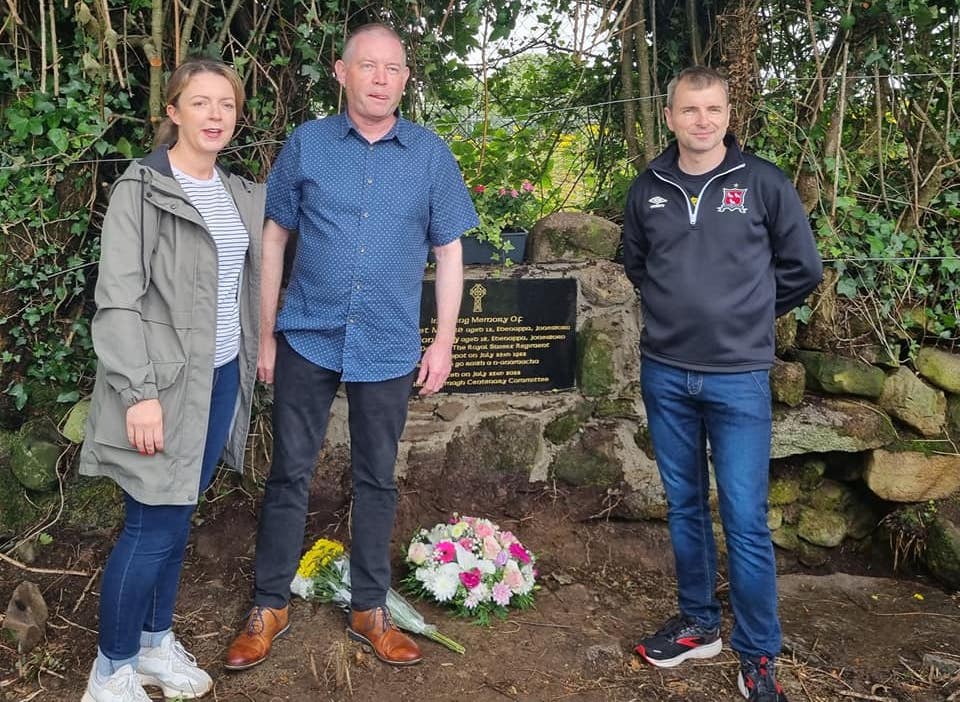 A commemoration to remember the shooting dead of two young girls in Edenappa, south Armagh was held last week – marking 100 years since the killings.

Mary Moore was also injured in the attack by members of the Royal Sussex Regiment on the evening of Sunday, July 23, 1922.

The South Armagh Centenary Committee, which is chaired by the Sinn Féin councillor, had organised the event, .

At the event a short history of the killings was given and a plaque unveiled to commemorate the victims.

Speaking after the unveiling, Councillor Larkin, said: “The commemoration today was a respectful way to remember the horrible acts inflicted on these girls, at this site, on this day 100 years ago.

“I’d like to congratulate the South Armagh Centenary Committee for organising such a successful and poignant event. It’s essential that we tell and catalogue our own local history and today’s event will go a long way to ensuring the memory of these girls is maintained.

“The sham enquiry that followed the killings robbed the families of any chance to get truth or justice for their loved ones.

“This is a trend that continued throughout the 20th century and endures to this day with the British Government’s legacy bill being the latest slap in the face to victims and their families.

“It is important that families today have the opportunity for truth and justice that was denied to the Connolly and Moore families.”