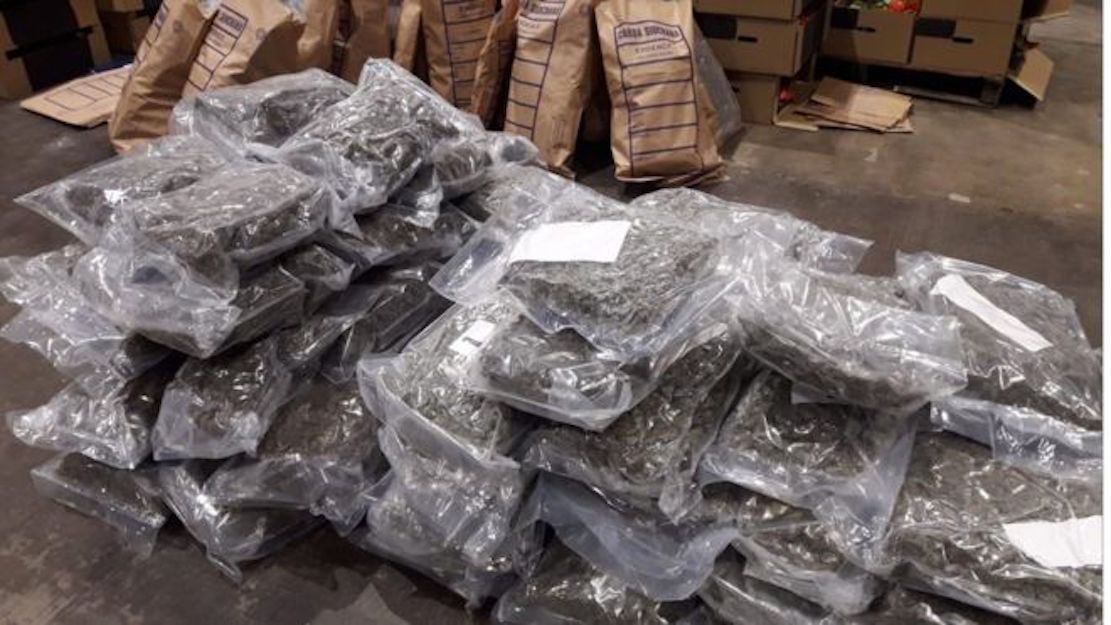 Two men have been arrested following the seizure of £2.8million worth of cannabis near the Armagh border.

The haul was seized by Gardaí in a village close to Ravensdale in Co Louth.

The discovery was made after gardaí intercepted a commercial haulage vehicle in Ballymascanlon.

The cannabis was found concealed in a consignment of fresh vegetables.

A man from Northern Ireland and a man from another part of the UK, aged 57 and 42, have been arrested.

The men are being held at Dundalk Garda station on suspicion of drug trafficking.

Gardaí said the operation is part of an ongoing joint investigation involving the Garda National Drugs and Organised Crime Bureau and the National Crime Agency in the UK.