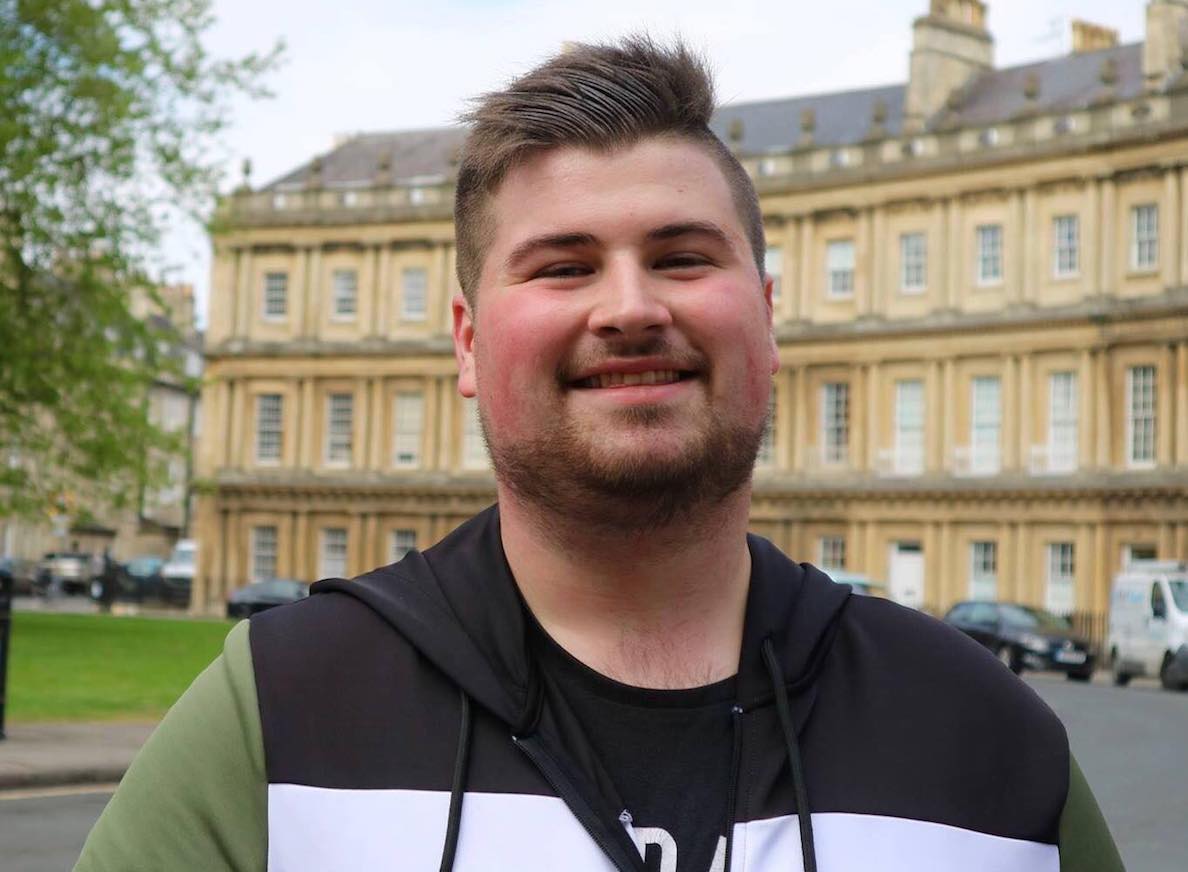 A Co Armagh vlogger who turned to dangerous online diet pills as his weight soared to upwards of 19-stone is warning others of their pitfalls after suffering from harmful side effects.

Joshua Hewitt said he turned to the internet contraband as a “last resort” after years of being unable to shift his weight.

The Richhill man, who has struggled with weight and body confidence issues since childhood, purchased the pills on an online auction site in early 2017.

More than a year and a half after taking that first tablet, the 20-year-old has released a series of YouTube videos warning the public of the dangers of buying pills online.

He has worked in collaboration with the Government’s Medicines and Healthcare products Regulatory Agency (MHRA) as part of their #FakeMeds campaign to highlight the risks.

Speaking to the Armagh I Joshua detailed exactly when these body confidence issues first arose.

“I have not always really liked the way I looked, even in school and walking about with my friends, I was always the biggest one out of the group,” he said.

“I have always hated my reflection”.

Speaking of not fitting in Joshua said: “I haven’t been able to shop in some clothes shops that people normally shop in.

“I was more buying out of Jacamo and places like that”.

“But I don’t think it is something that’s ever going to leave me you always have to look at the brighter picture and just be confident in yourself no matter how hard that can be,” he said

“There are growing pressures being added by this new age of Instagram and selfies.

“I think when you see pictures of these people enjoying themselves from a fella’s point of view you think – oh they are toned, and you think I wish I could look like that.

“You see pictures which have people saying – oh this is a man.”

This he said left people thinking “well, I don’t look the same” but Joshua is an advocate of getting people “to be confident in their body no matter what it looks like”.

When outlining the reasons he turned to diet pills Joshua said slowly creeping up to the 19-stone mark.

“I’d be out on a Saturday and people would be driving past shouting things at me about my weight,” he explained.

“Just the fact that I had always been a big lad and I always wanted change – to be skinnier and a bit toned.”

For Joshua, the pills were a last resort, and to losing weight was something, he thought, he couldn’t achieve on his own.

For a growing teenager, his yo-yo diets were getting him nowhere, so much so he would put on much more weight than he lost every time.

“[The pills] would be a way to get my desired body quickly and effortlessly,” admitted the 20-year-old.

But why did he chose to buy these pills online?

“Being a young lad I didn’t have much of a budget, so I went on to eBay and even now when I think about it, how could have I have been so stupid?

“I saw a different price range at around five to six pounds then I went a few pages in and found these pills in around three quid.

“I thought they will be here in a few days free postage and packaging – this was probably the biggest mistake I have ever made in my life.”

When the pills did arrive, in Joshua’s own words, a little “sketchy”. They weren’t a brand he had heard of and they came in faded packaging.

He brushed this aside, dismissing it as merely a printing error.

“Obviously I look back and think I was an idiot,” he says.

But then came the side effects.

“I have always been an anxious person, but even a day or two after taking them I found my anxiety levels were even higher than what I am used to.

“I also had a sore head from time to time and suffered from light headedness too.

“I had no motivation, I didn’t want to do anything I just wanted to lie in bed and sleep away the day.”

Joshua knew he was fortunate not to have suffered worse at the hands of the unsubscribed pills bought over the internet, which is why he is standing up and making some noise.

“When it comes to dieting a lot of people think it’s going to be an arduous year-long commitment, and yeh, sometimes that is just what you have to do.

“It takes a bit of time, but you don’t have to take these dangerous supplements that could potentially end your life, which has happened so many times before.”

“Just do it the healthy way; there is no point doing it with these harmful fake meds, and be proud of in you, your own skin, no matter what your shape or size you are.”

According to the MHRA, over £5m worth of dodgy diet pills have been seized since April 2013 with 16 deaths reported to the agency since 2002.