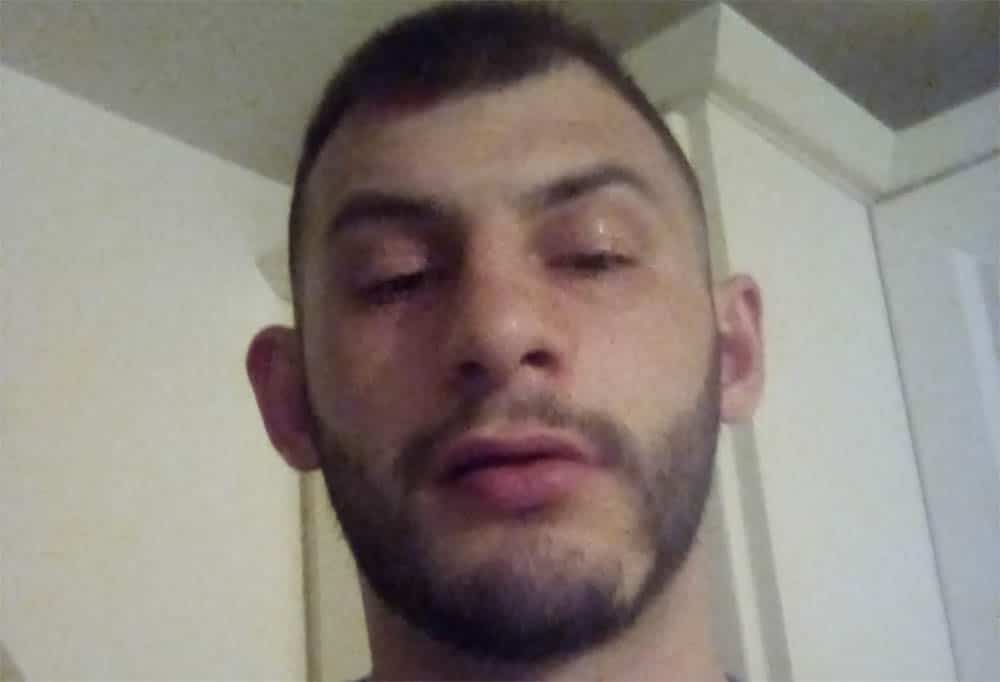 A man accused of chasing his underwear-clad partner in the street after he found her in bed with another man has been refused bail.

Lisburn Magistrates’ Court heard claims that Scott Mayne “used a wine bottle and smashed it repeatedly” into the woman’s head before chasing her in the street.

Mayne (26) from Churchill Park in Portadown, appeared at court by videolink from police custody where he was charged with nine offences arising from the incident last Saturday including aggravated burglary with intent to cause GBH, including GBH on the female complainant with intent, causing actual bodily harm to the male complainant, criminal damage, possessing a knife and a wine bottle as weapons, making a threat to kill and two counts of possessing class C drugs.

The court heard last Monday how police were called to Castle Lane Mews in Lurgan when Mayne was spotted kicking the door in.

Once inside, he went upstairs and found his lover in bed with another man and having “chased” the man around the house he allegedly assaulted her with the wine bottle, using it to repeatedly hit her over the head, causing her significant bruising and cuts which needed stitches.

A police officer said there had been “an altercation in the street,” claiming that witnesses saw the woman “in her underwear.”

Defence solicitor Kevin McCamley said although Mayne accepts chasing the man around the house, “he denied causing any physical harm” and claims the woman cuts were as a result of her falling on to broken glass which was already on the floor.

“Three priests and a persistent offender,” exclaimed the judge who said she was refusing bail due to the risk of Mayne committing further offences or interfering with the witnesses.

He was remanded into custody and the case adjourned to October 15.