Pair who planned on bringing cannabis, ecstasy and amphetamine to Portadown party jailed 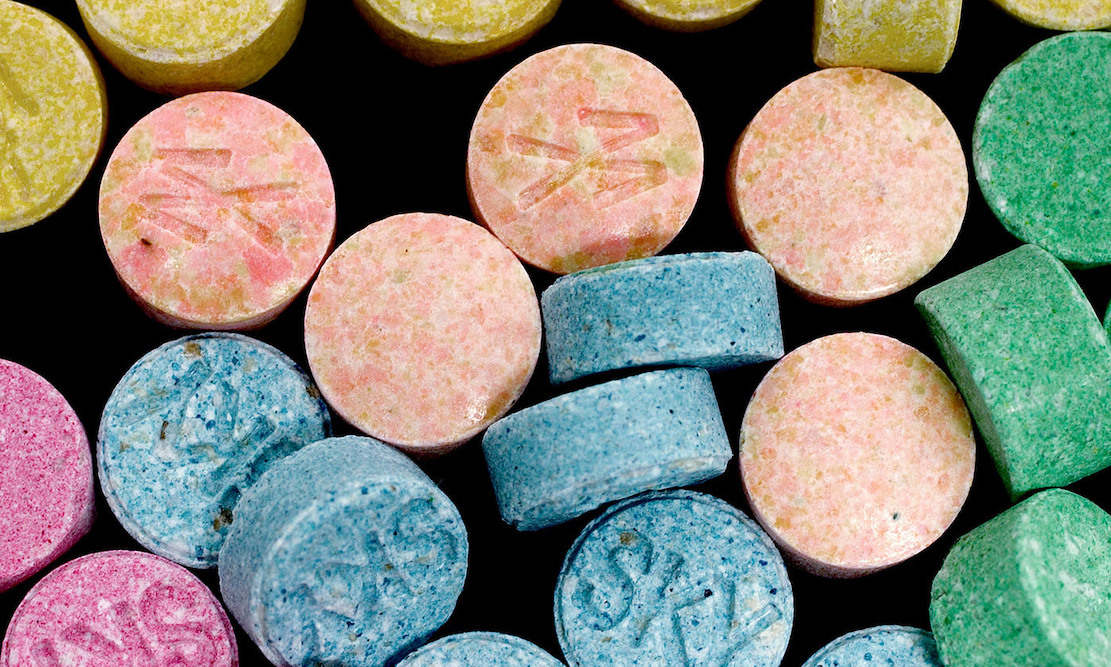 Two men were on their way to a party in Portadown when police discovered cannabis, ecstasy and amphetamine in their car during a routine stop.

This led to a search of one of the men’s home during which police discovered four cannabis plants and 280 tramadol tablets.

Prosecuting barrister Ian Tannahill outlined that at around 11.35pm on August 25, of 2018, police had reason to stop a Volkswagen Golf on the M1.

Gordon had been the driver of this car, with Shaw being a front seat passenger.

Upon approaching the vehicle, police noted a strong smell of cannabis and after being informed a search was to be conducted both men handed over a grinder.

During a search of the vehicle, officers located two small bags of herbal cannabis and a joint.

A small bag of white powder was discovered on Gordon’s person, with another bag located in his wallet. After testing this was identified as amphetamine.

Police also found 84 ecstasy tablets and two lock knives in the vehicle, which belonged to Gordon.

The charges levelled at Gordon regarding offering to supply drugs were based on details which had been gained through analysis of his mobile.

On that occasion the only item attributed to Shaw was a partially burned cannabis joint, however, this defendant’s home in Newtownabbey was later searched.

During this search, police found that he had been cultivating four cannabis plants in his house and 120 tramadol tablets were also discovered in a bedroom cupboard.

When interviewed, Shaw made no comment other than to claim that the tramadol had been prescribed to him by his doctor in London.

Gordon told police that he had been bringing the drugs in his possession to a birthday party in Portadown, where he is originally from.

Mr Tannahill commented: “I would hope your honour can draw inference from this; I think the idea that he had brought them to pass among mates, to use a colloquial term, would be a stretch.”

He added that Shaw, who is originally from London, had a record in the city which included 16 convictions for 22 different offences, four of which related to drugs.

Defence barrister for Gordon, Aaron Thompson, stated: “The lead charge in the case is possession of Class A with intent, Mr Gordon appears in custody as he surrendered his bail as things had got out of control.

“He has a relevant record but it is not the worst given his age. He has two previous convictions for drugs but the concerning thing is that the first of those was for intent to supply.”

He continued: “Mr Gordon instructs that this was when he was in his early 20’s and had been ordering legal highs off the internet, which he passed among his peers.

“This is a man who has been using and abusing drugs for a long time, he has been very open with probation. Up to the age of 17 he lived with his parents, a Christian family, the relationship became fractured because of his drugs use.

“This is not someone who was making a lot of profit from this enterprise; he had moved out of Lurgan to live with family. He had a job and a partner but this fell apart and he reverted to type in 2018.

“This was not a commercial enterprise, that can be seen as there has been no cash or money of bank accounts seized.”

Defending Shaw, barrister Conor Lunny said: “He is a native of south east London, he has a fragmented background and comes from a broken home.

“He lost his temper with probation; I can speak from experience that Mr Shaw can get violent, he did on the first occasion that I met him but he apologised to probation officer and that seems to have been accepted.”

He continued: “Mr Shaw is a man who can’t sit still; he is diagnosed with ADHD but thinks there are more serious mental health difficulties which remain undiagnosed.

“He finds it difficult to sit and go through his background which is what probation wished for him to do – it is an unenviable personal trait.

“He was on a first name basis with police in London and he came to Northern Ireland to get out of the criminality as he was fed up with the cycle which he had got into.

“He says that when he landed at Belfast City airport he felt a breath of fresh air; he couldn’t find work at first but did then at a warehouse in Mallusk.”

Mr Lunny added: “He self medicates his mental health problems with cannabis; a friend had suggested he use the tramadol as an alternative but having used it he felt it was too heavy.

“As for the cultivation, he simply found the cheapest, most prudent way to get cannabis in a new country where he had no links and he since lost his job due to stringent bail conditions.”

His Honour Judge Patrick Lynch QC stated: “Mr Gordon, you are typical of a low level dealer, there is no high lifestyle but you are selling to people with similar interests in illegal substances.

“Mr Shaw you got out of an area to step away from criminality but here you are back in trouble again.”

“I believe that the custody threshold has been crossed as far as Mr Gordon is concerned.”

Gordon was sentenced to 15 months, half of which is to be served in custody and the remainder on licence.

Meanwhile, Shaw was sentenced to 12 months in prison suspended for a period of three years.