From Bessbrook to Bangkok: Meet the comic tickling audiences worldwide for 10 hilarious years

'Where I come from people have a great, great sense of humour, gallows humour, because of years ago. It was so bad there if you didn't laugh you would cry' 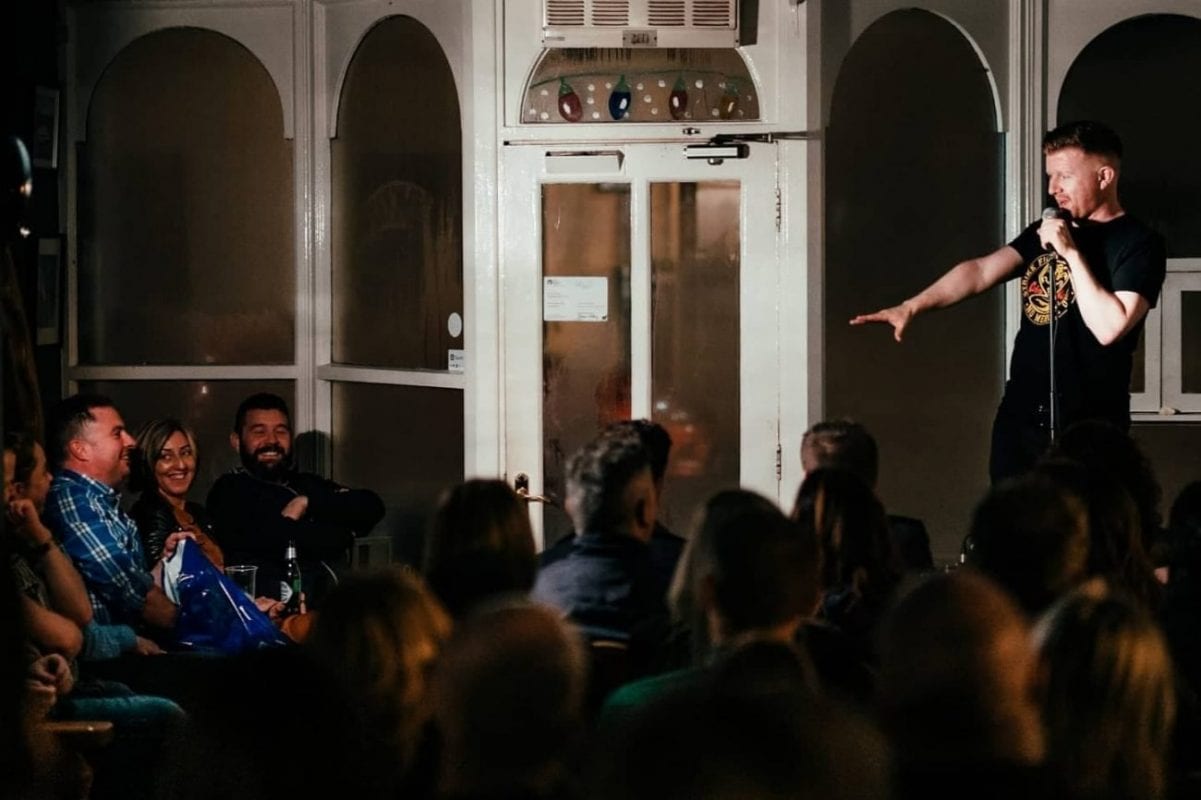 From reading out mass at the parish in Bessbrook to headlining comedy shows in Australia and South East Asia, it has been an enjoyable journey for one south Armagh comic.

Darren Matthews has been involved in comedy, as a stand up, for the best part of the past 10 years, and this vocation has taken him to every corner of the globe.

As we sat down to speak to the 34-year-old, he joked: “It is kind of crazy, I mean, I go back home and no one would know my name but yet I have headlined in venues all over the world.”

Speaking to Armagh I, Darren looks back on his formative years with great fondness.

“I grew up in Bessbrook, spent the majority of my Sundays in Armagh town watching Armagh getting stuffed at football,” he laughed.

“I am from the ‘Brook just outside Newry, the good side of Newry – the Armagh side. It is a small village people from outside the area don’t know and it is a pet peeve that when I say I am from Newry, people say it’s Co. Down.

“My mum is from Bessbrook, my dad was from the Lissummon. I really, really liked Armagh when I was younger, we spent a lot of time there. We did trips to Navan Fort, to the Armagh Planetarium.

Darren’s first dream was to be in a punk band and this was something with which he would fill his teenage years doing.

“I was a musician before I was a comedian,” he recalls. “Well I was a drummer; I say musician, but I hung out with musicians.

“I played in a band from I was 16 ’til I was about 25, then I decided to go solo, realised I couldn’t play guitar and decided to do comedy instead.

“It was just another creative outlet. One of my friends, who was also a musician, said that he was going to do an open mic night and asked me along.”

Although hesitant at first, Darren threw himself into the stand-up scene and he has been stood there ever since.

“I went and really enjoyed it,” he recounts. “The first gig went OK, the second gig was tough and then I didn’t do another one for about four or five months.

“It took me a while to get the confidence back up but now I have been doing it for 10 years and have been travelling the world.” 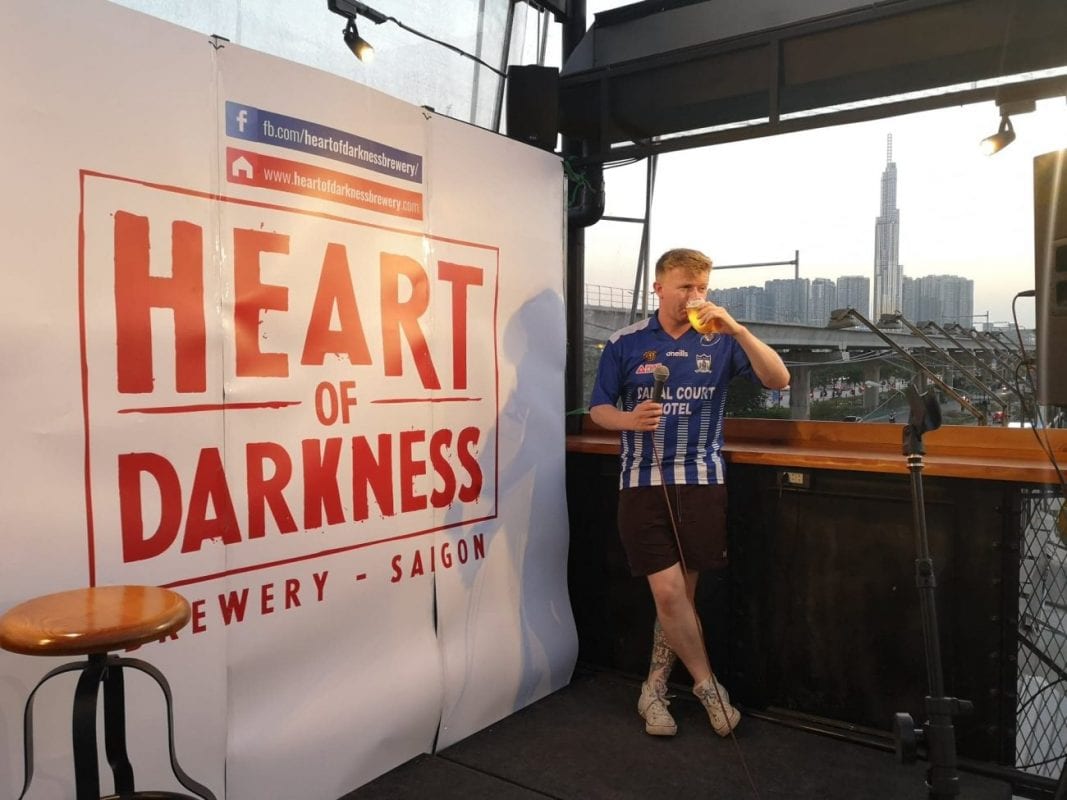 People round and about may not realised just how ‘inspiring’ they are as Darren shares where he gets his sense of humour comes from.

“A lot of my humour comes from where I come from, which is why people always say write about what you know,” he explained.

“A lot of my stuff was friends, family, Bessbrook, Newry, going to Armagh, being a football fan. I used to say stuff like my dad used to mentally torture me when I was a child by making me an Armagh fan, you know, that kind of stuff.

“So all that’s completely true. And people say comedy is tragedy plus time, and it really is, because I’m looking back at stuff from 25 or 30 years ago and going ‘yeah, that’s funny now’ but at the time it wasn’t.

“I think where I come from as well people have a great, great sense of humour, gallows humour, because of years ago. It was so bad there if you didn’t laugh you would cry.”

Darren was lucky in that he was comfortable on stage from a young age but it all could have been so different.

“I probably was when I started my performances. I would have been, well I’m a middle child, so attention seeking, which probably explains why when I was a teenager I was playing drums in a punk band, with dyed pink hair.

“But before that, my first forays onto the stage were with the amateur dramatics society in Bessbrook which my mum was a part of.

“And then secondly, me being able to be comfortable on a microphone in front of large crowds came from reading at mass in Bessbrook

“So when I was 12 I was doing the first reading and my granny, God bless her, thought I was going to be a priest.”

He said: “I had a full on tour whilst backpacking, started in Australia, went to New Zealand, went to South East Asia, that was Vietnam, Malaysia, Cambodia, Singapore, Laos.

“I did Thailand as well last year, I flew over around St Patrick’s Day. I ended up at a private function organised by an Irish business.

“The Irish ambassador was there and I was just there in whatever shirt I could get ironed. It was crazy. Irish people are everywhere. I also met the President of the GAA in Thailand there too.”

He joked: “I took my jersey with me and had photos taken in exotic locales, whilst looking like I’m in Oxegen around 2006.”

Reflecting on his experiences, Darren said: “It is crazy, when you perform in these places. They are English speaking comedy clubs, and everyone there speaks English better than I do.

“Obviously growing up in Armagh, there is so much slang. My accent didn’t have to change but I definitely had to slow down. It felt really stupid at the start but you have to or they won’t get it. 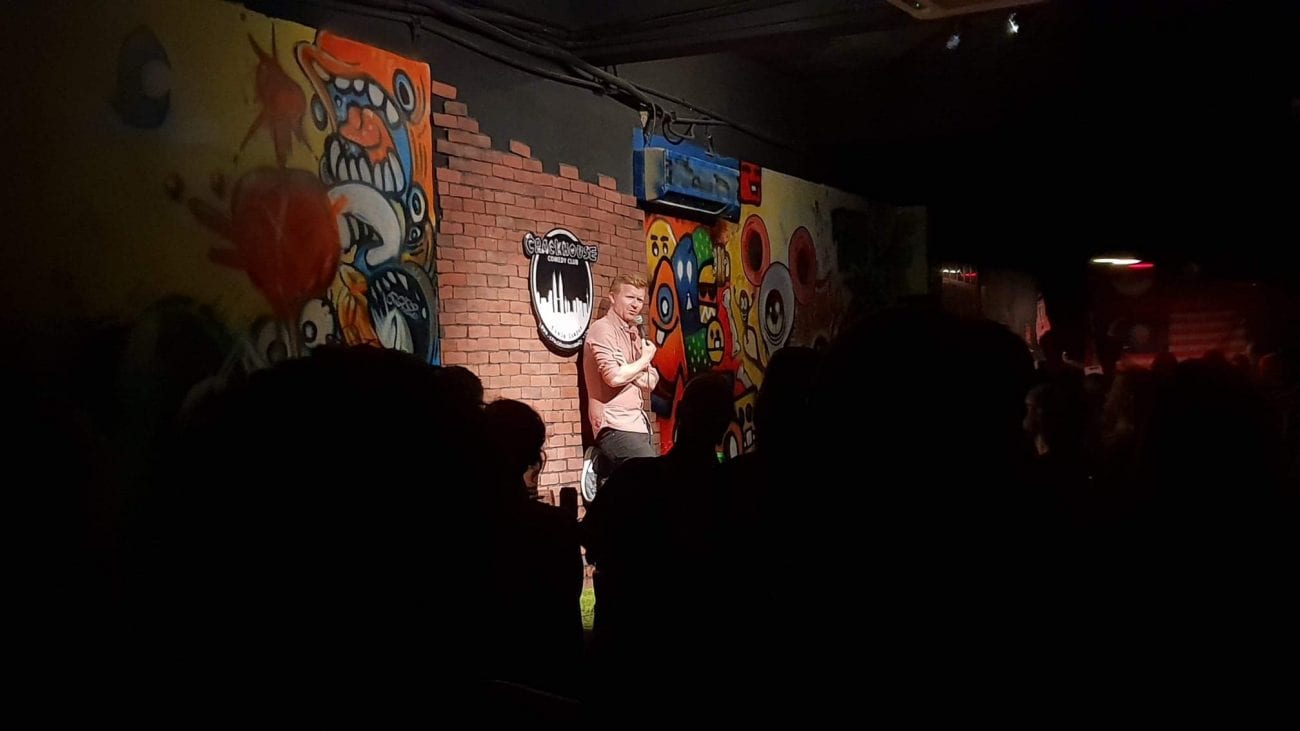 “It was really good for me as a comedian, I mean you can’t do localised humour, so I would normally backpack in a place first, make a few notes about things that happen to me and write jokes for that crowd.

“There is stuff that works everywhere, most of it about being Irish, but I did meet some amazing people and comics out there.”

So what of the changes in the scene in the intervening years?

“We are coming into a nice boom,” explained Darren, who also has a podcast in which he interviews interesting and wonderful characters. “I mean when I started 10 years ago we didn’t have as many good shows.

“I mean you have Newry, and then there is the Market Place in Armagh, every touring show now stops in Armagh and it is probably a testament to the place.

“I always say to people if you see a comedy night go to it, it’s a good night. Everyone leaves in good form as long as the comics are good.

“It is also a great first date because you don’t have to talk to each other and everyone goes home in a good mood!”

Darren, along with Lianne McCooey, have now opened up a monthly comedy gig in McCooey’s cafe in Newry.

He said: “There’s only been one night we haven’t sold out. We’re very fringy. It’s not a dedicated comedy club so we basically turn a cafe into a comedy club once a month.

“So, we have a PA system, some staging platforms everything’s sort of temporary and breakable but yeah, it’s been going well. There’s the only one we didn’t sell. It was the second one and it was the same day as a big Blues Festival.”

To find out what Darren is up to next you can check him out on Instagram or check out his podcast ‘Darren Matthews And Sometimes Friends’ which is available on most podcast outlets.