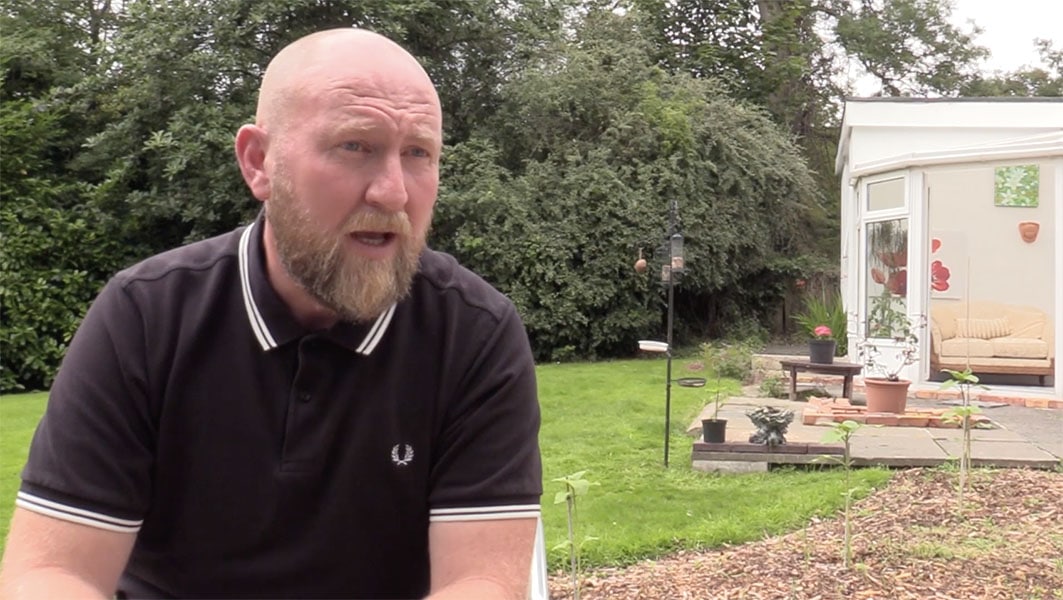 A Co. Armagh man has opened up on his daily battle with depression and why it’s the “most horrible place to be”.

Paul McCabe, a father-of-three from Lurgan, sat down with Armagh I to talk frankly about his torment, fighting against dark, dark thoughts and the help he eventually sought in his fight back against the crippling condition.

“After years of pretending I was fine it got that exhausting I had to hold my hand up and I had to expose my soft underbelly,” he said. “I had to go to the GP and say I’m in a really bad place and I’m pretending not to be – and that’s exhausting.”

Paul speaks about how he turned to alcohol – a sheep in wolf’s clothing – but it was all he could do to numb the pain.