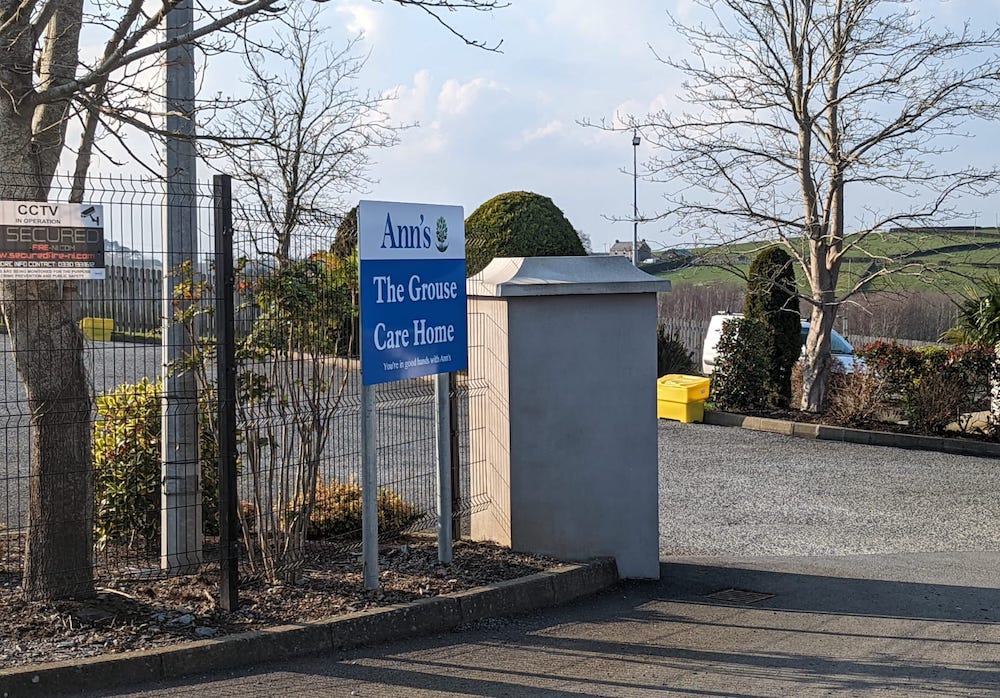 Plans to build a new 14-bed nursing facility at the Grouse Care Home in Loughgall have been given the go-ahead.

Armagh City, Banbridge and Craigavon Borough Council this week signed off on the development which was submitted back in March.

According to a professional planners’ report, there is no reason to turn down a facility which will, in fact, bring more jobs to the area.

It states: “The proposed building will be mostly built within the existing curtilage of the nursing home site, which is currently being used as a car park.

“Only a small portion of the proposal will be built outside of the curtilage of the current site.

“Whilst there will be a small reduction in the overall car parking spaces, overall spaces provided within the scheme will still meet parking standard requirements.”

It was in the spring that Ann’s Care Homes lodged a planning application for the site at Ballyhegan, which was formerly home to the Famous Grouse bar and restaurant.

A spokesperson for Ann’s, speaking back in March, said that if the application was successful, it would result in a “significant investment and a substantial boost to the local economy through the creation of construction jobs and nursing and care assistant posts once the facility is operational”.

The spokesperson told Armagh I then: “This facility will complement our existing home which we are very proud of, and hopefully can offer similar and much-needed services to new residents.

“We look forward to opening the new facility and working with all local stakeholders in the local community.”

Plans for the initial redevelopment of the Famous Grouse bar and restaurant were first revealed in 2019, five years after its closure.

The plan was for residents to have access to their own vegetable plots and animal pens.

The care provider was founded in 1994 by Ann and Pat McQuade.

In June 2021, it announced the acquisition of 13 nursing homes from Four Seasons Health Care (FSHC).

At the time, Ann’s said the purchase secured more than 1,100 jobs across Northern Ireland and ensured the continuity of care for the homes’ 650 residents.

A small number of conditions were attached to the development and formal planning approval passed this week.