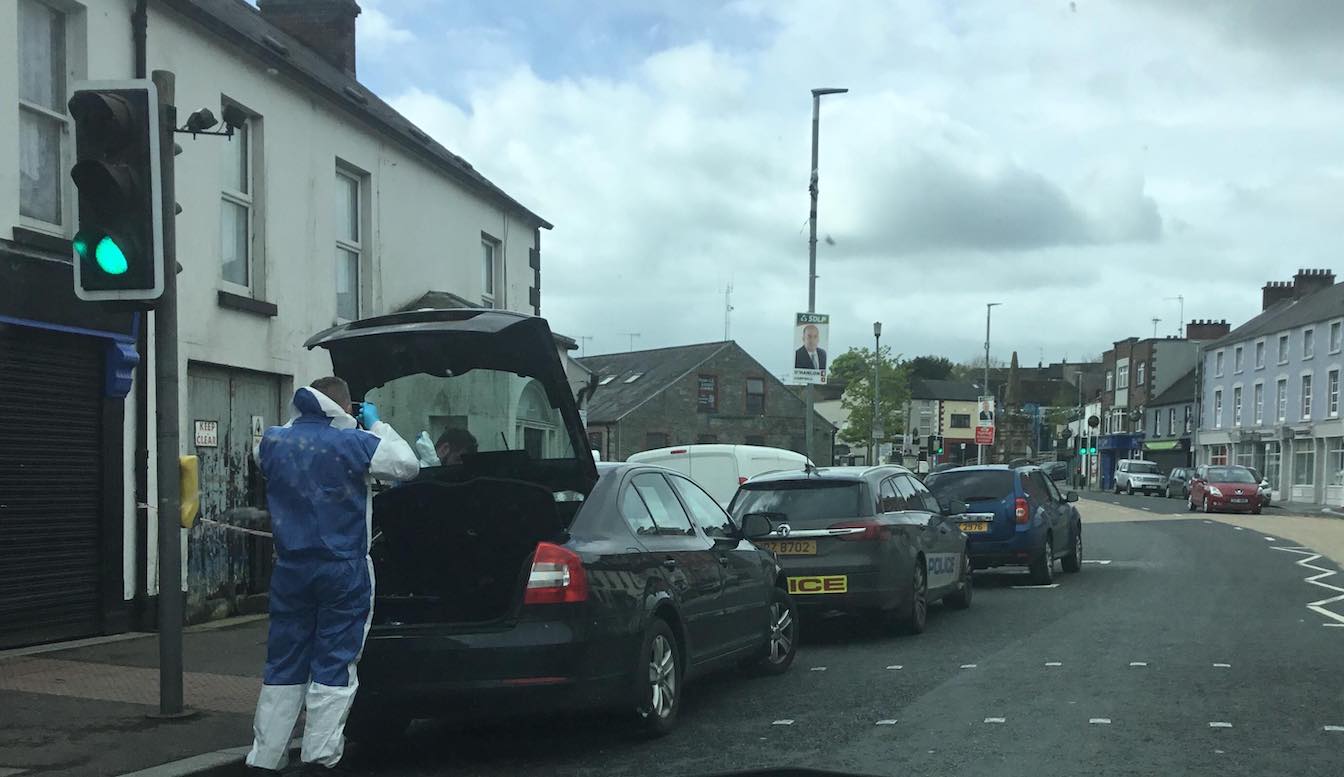 The discovery of approximately 400 cannabis plants was made after reports from the public of suspicious activity in the area.

Four men in a white van were seen loitering around a property close to the old post office in Kinelowen Street in the early hours of this morning.

Police responded to the call and that’s when the discovery of the plants were made – the latest in a series of significant finds in the area in recent months.

And it comes just days after a cannabis factory, totalling in excess of £100,000, was discovered in Hamiltonsbawn.

Police made that discovery on the Main Street after a tip-off from a member of the public.

Sinn Fein councillor Darren McNally welcomed the find but said it’s “shocking that something of that scale could be in operation in the centre of town”.

Describing it as “brazen”, councillor McNally added: “I can only commend the member of the public for reporting the suspicious behaviour – this was a significant and important find.

“I want to thank the police in acting swiftly and hopefully this seizure will lead to some arrests.

“This was an operation hidden in plain sight, which is worrying, as it points a certain level of confidence these criminals have acquired.

“I want to condemn anyone involved in this criminality and hopefully we have more people quick to report this sort of suspicious behaviour.”

It is understood the men in the van were not apprehended.