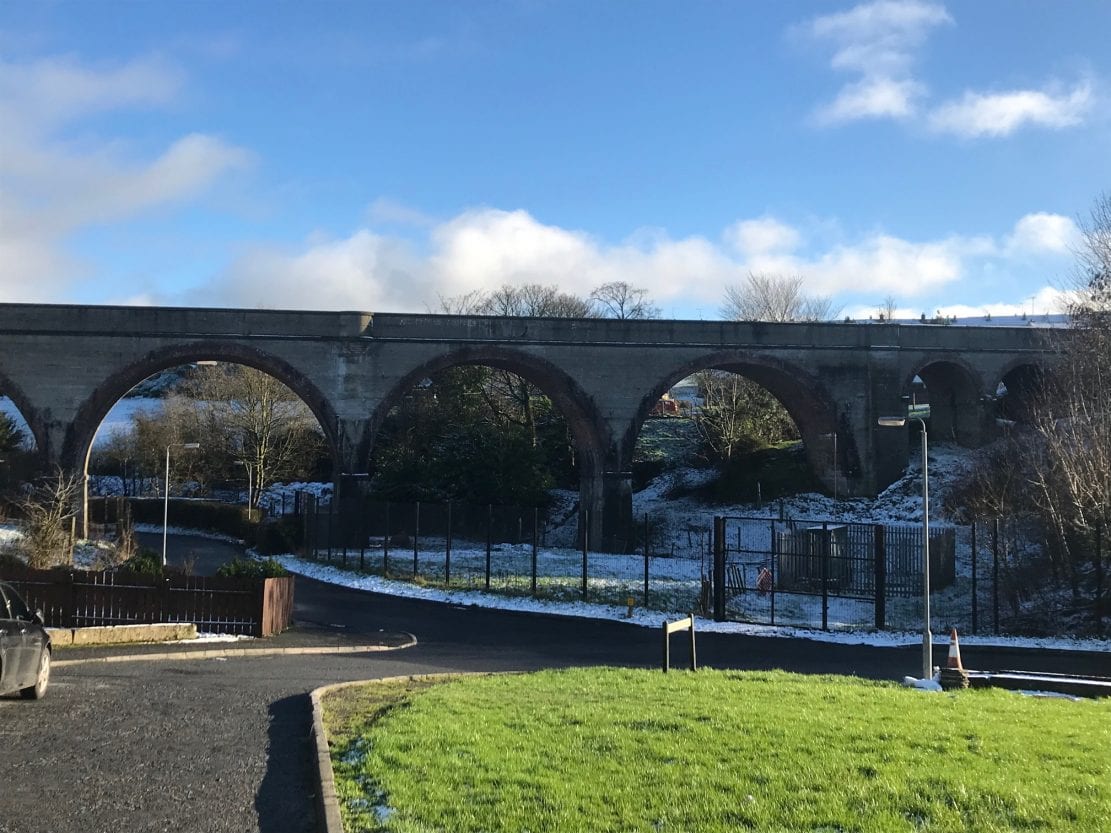 Residents living near the railway viaduct at Glen Road in Keady fear lives will be lost unless urgent repairs are carried out.

The ancient stone structure has been described as “a death-trap and a tragedy waiting to happen”.

Those living in the Fairgreen, Glen Road and Glen View areas of the town are demanding action be taken.

And they are calling on those with authority – and responsibility for the viaduct – to step up to the mark.

He said: “Almost every weekend the old railway line becomes a drinking den for some young people and residents live in fear someone will fall over that bridge and lose their life.

“They are not out to ruin some young people’s fun, they are genuinely afraid someone will be killed.

“The last train passed over that bridge in 1926 which is over 93 years ago and the ownership of the line and ultimately responsibility has been an issue since then.

“I have been in contact with the Northern Ireland Transport Holding Company, the Housing Executive and council.

“The ownership, title and ultimately responsibility, lies somewhere between these three agencies.”

Councillor O’Hanlon said local residents had contacted himself as they were living “in real fear and want something done about this”.

He added: “The ownership issue needs resolved and the agency responsible needs to step in and secure this structure.

“The Northern Ireland Transport Holding Company have provided evidence to say it’s not within their ownership and I have been working with council officials to see if falls within our responsibility.”