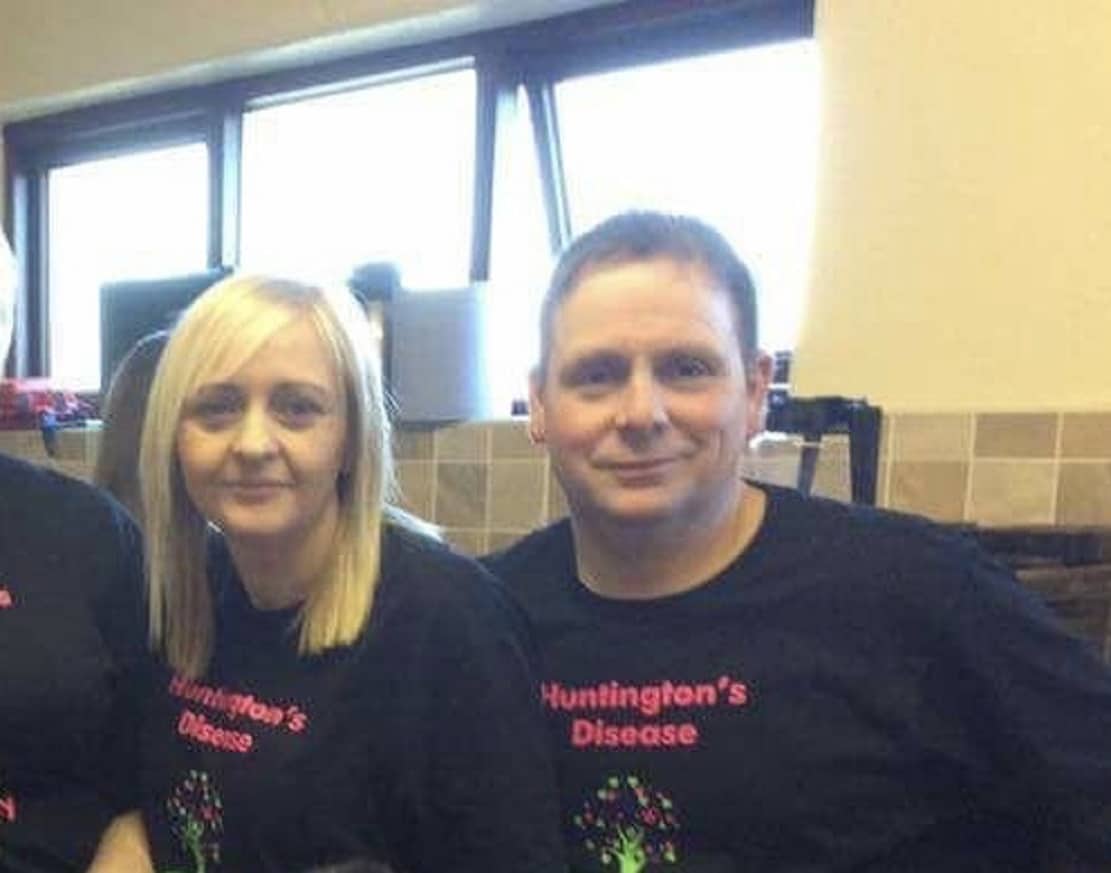 A Co Armagh woman has spoken of the “terrible” disease which took her father’s life and which continues to affect her family.

And now she is planning a ‘marathon’ walk fundraiser to help the charity promoting research and awareness into this cruel condition.

Huntington’s is an inherited disease with symptoms, usually starting at mid-adulthood, causing a progressive loss of control over thoughts, feelings, behaviour, movement and communication until the person requires 24-hour care.

Every child conceived naturally to a parent with HD has a 50% chance of inheriting the disease. There are over 150 families affected by HD in Northern Ireland and currently no cure.

Janice has worked to raise money and awareness for the disease since the passing of her father. And she was also recently appointed as a board member of the Huntingtons Disease Association Northern Ireland.

Speaking to Armagh I, she said: “My dad passed away eight years ago now in April. There wasn’t even as much awareness about it back then.

“There are so many people in Northern Ireland with Huntington’s but they wouldn’t really want anyone to know about it.”

Janice recalled how prior to her father’s diagnosis he would remark that he thought he had “that auld thing” that his mother had.

Around the time that her father passed away, Janice’s cousin got tested and was diagnosed with Huntington’s.

Her aunt also had the disease for 20 years, before she passed away back in April due to Covid-19.

Talking about the affect of the disease, Janice said: “My dad worked away, then he had discs in his back taken out but he was always out gardening, he had a greenhouse for his tomatoes and all.

“That was right up until about the last year or two. His walking went and his speech went.

Despite the fact that Janice has  a 50% chance of inheriting the disease she has refused to be tested.

She said: “I would rather just live my life. I am 45 now and I don’t feel as if I have anything but you just don’t know. I would rather live each day as it comes, especially as there is no cure or any way of slowing it down but there are some positives coming out about a possible cure.”

Janice championed the work of HDANI, saying that every penny goes to the families to help them with everyday life as there is no cure of the disease or anyway of slowing it at present.

Back in 2017, Janice put on a barn dance, featuring Ritchie Remo, and a coffee morning to raise money for the charity. This brought in over £40,000.

“The people of Armagh are amazing, they really get behind you, especially if you have a story to tell,” she said. “The amount of people that didn’t really know that much about the disease before was amazing and so was the money raised.”

With the current situation, Janice felt it was right to try and raise money once more with most charities struggling due to the cancellation of fundraisers.

She said: “Me and Colin (her husband), were due to run the Belfast half marathon in September but that is obviously out the window. I started walking during lockdown, we would be out of a Sunday and do 10 miles.

“So I thought why don’t we walk 26 miles for Huntington’s? So much easier to walk…… well hopefully! We haven’t set a date, we just thought we will do it some Sunday but we will give a bit of notice.

“We will be keeping an eye on the weather for a day and announce it on Facebook, but it will be before the end of June, as long as it can raise awareness and some money. I will be happy.”

If you would like to make a donation to Janice and Colin’s walk you can do so on their Local Giving page.