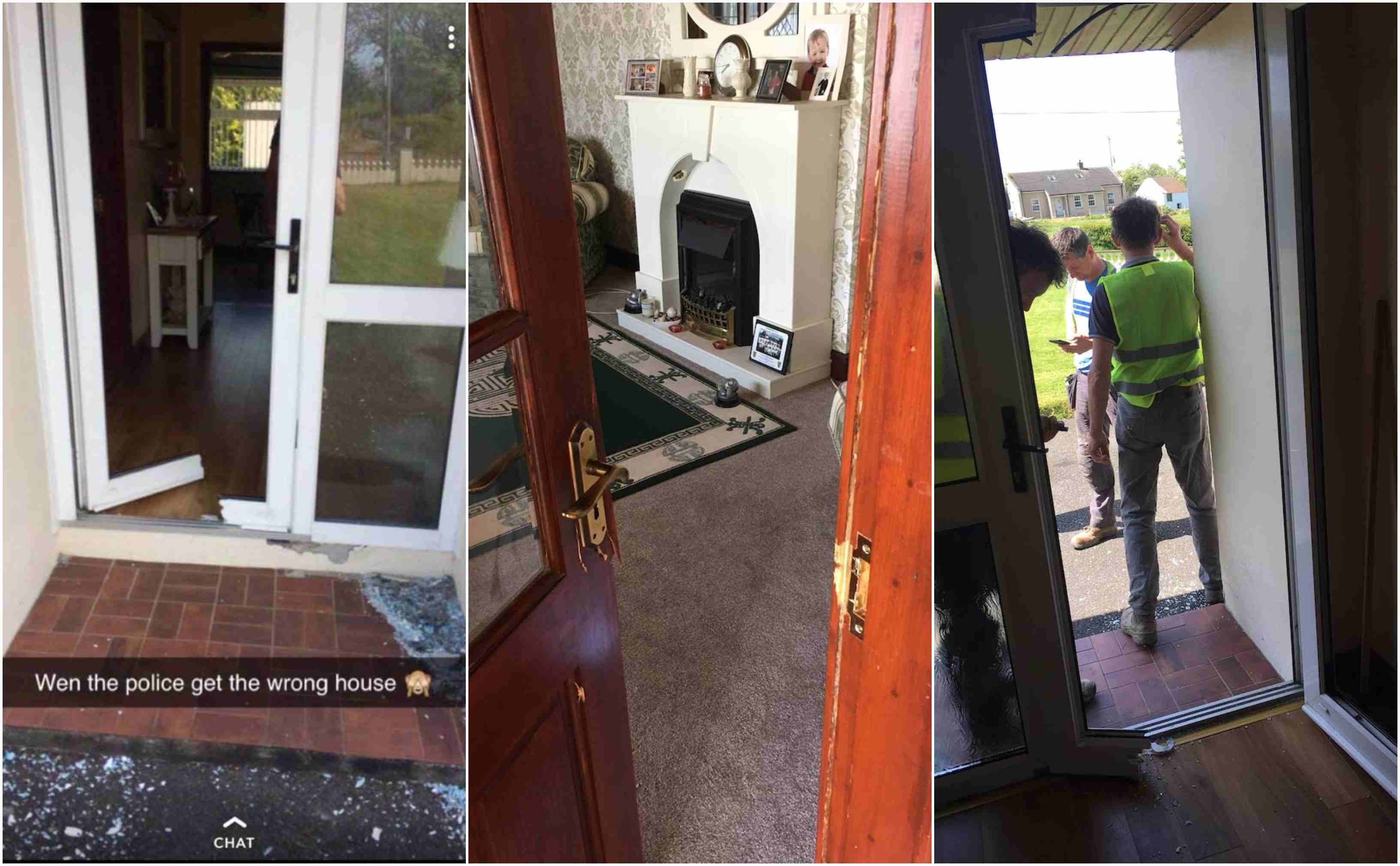 A Co Armagh family have been left in shock after police smashed down their front door and raided their home in an apparent case of mistaken identity.

The Carr family from Granemore, just a few few miles outside Keady, had their home subjected to a forensic search in what has been described as “continued harassment” by the PSNI on Monday morning.

Shortly after 11am, police broke down several doors to the home on the Armaghbreague Road, before rummaging through the house in what appears to have been one in a series of co-ordinated raids across south Armagh.

Sinn Féin councillor Bróna Haughey spoke with the family who are “in a state of complete and utter shock after the events yesterday”.

She explained: “Police broke into their family home around 11am, breaking down two doors and sifting through their home and their private property.

“Sadly, this is not an isolated incident for this family as the police have been at their home five times since the beginning of the year, sometimes in the middle of the night.

“This is a case of mistaken address, but time and time again due to a breakdown in communication within the police force, the Carr family are awoken in the middle of the night with police at their door.”

Councillor Haughey added: “This is unacceptable that the police are continuing to harass an innocent family like this.

“Not only is this unacceptable and unfair on the family, it is a waste of police time and resources as well as the renumeration that the family will be entitled to after this incident.

“This isn’t an isolated case, unwarranted and mistaken raids are becoming more common across the North.

“Sinn Féin will be requesting a meeting with legal services, the Police Ombudsman, as well as senior police officers to ascertain why this is continuing to happen and what is going to be done to rectify the situation.”

This incident follows on from what appears to have been a similar incident in Silverbridge around the same time on Monday.

A family home in the Tullydonnell area was raided, but according to one of the family members, it was another case of mistaken identity.

Posting on Facebook, Conor Duffy, said his family home was ransacked around 11.40am yesterday.

“My mother and I were notified about this from a few neighbours and we left our jobs in the middle of the day to come home to see what the commotion was about,” Conor explained.

“We came home to a broken door due to a battering ram and the house turned upside down looking for evidence to a crime that wasn’t even addressed to this house.

“To make myself clear, the search was carried out using a warrant for a different address and left a widow with three children left to pick up the pieces and restore the house to good order.

He added: “I can’t even think of what would have happened if Mum, Shauna, Liam or myself were in the house when this event happened the trauma would have been unimaginable.

“My mother is extremely upset and feels like she isn’t safe in her own home, which infuriates me and my siblings as she has done her absolute best to support and raise us in a safe environment.

“To know that 10+ PSNI Officers were in my family home looking through our documents and belongings for no reason is appalling.

“I wanted to put this statement out there to let people know that we have proof that this raid was wrong and there was no lawful accusation to it.

“If you know myself or my family you will know that we have been through a lot in the past few years and this illegal trespassing on our home is extremely unsettling and disturbing. We don’t need these rumours or people slandering our name.

“The PSNI had no right to enter our home without a certified warrant or reasonable grounds to do so. I want to make it known that we as a family and a community should not stand aside while this harassment is allowed to happen.”

Armagh I have contacted the PSNI for comment on both incidents.