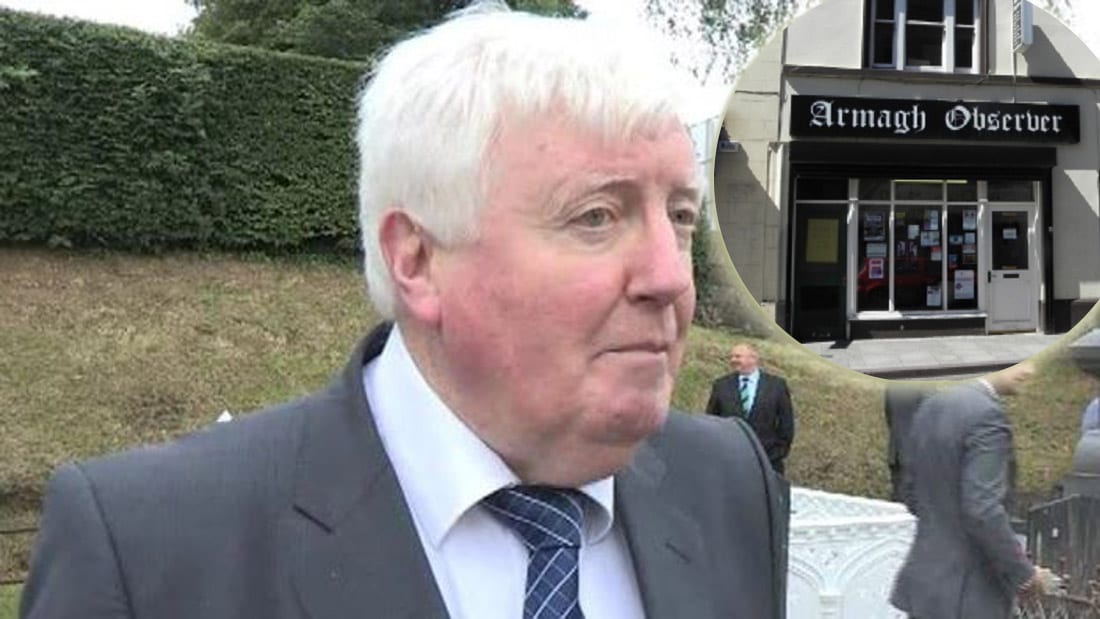 The man at the heart of the Armagh Observer in the city for over half a century says the newspaper’s closure is the “end of a very long era”.

Joe McManus was at the helm of the city newspaper, running the publication almost single-handedly for 51 years.

The 72-year-old described the news that the paper group was to cease publication as “emotional”.

“The boss told me it was closing and it’s taken a few days before that’s sunk in – it’s the end of a very long era,” he told the BBC.

“It was my life and I never looked on it as a job.

“I saw myself more as a servant of the public than a journalist, and I’ve shared in people’s joys and sorrows.”

He added: “Then the Troubles came and the headlines were all about bombs and bullets – that wasn’t a pleasant thing to do.

“The Armagh Observer was looked upon as a nationalist paper, and few Protestants would’ve bought it but they had great respect for it.

“During the Troubles we always took a cross-community direction – we hung our hat on that, we were there to serve.”

Joe McManus, who ran the Armagh Observer virtually by himself from an office in the city, said its demise is “certainly emotional”.

“The boss told me it was closing and it’s taken a few days before that’s sunk in – it’s the end of a very long era,” the 72-year-old said.

“It was my life and I never looked on it as a job. “This is really an end of an era and very sad for all us Observer readers,” she said.

“Joe McManus has been a gentle giant writing Armagh’s story for decades now. His insight and interest in people and places has captured some very touching human and local stories, documenting what makes Armagh district so great.

“Also Observer’s coverage of our Gaelic Games has been outstanding, giving clubs of all codes outstanding and unrivalled coverage.

“Today is a very sad day as one of Armagh’s greatest institutions closes its door. Every best wishes to Joe and the Mallon family in their future, they will always play a big part in Armagh’s history and legacy. Go Raibh Maith Agat Joe.”

The Armagh Observer is part of the Observer Newspapers (NI) Ltd group, which is headquartered in Dungannon and owned by the Mallon family.

The company had produced 11 titles and all are ceasing production this week.