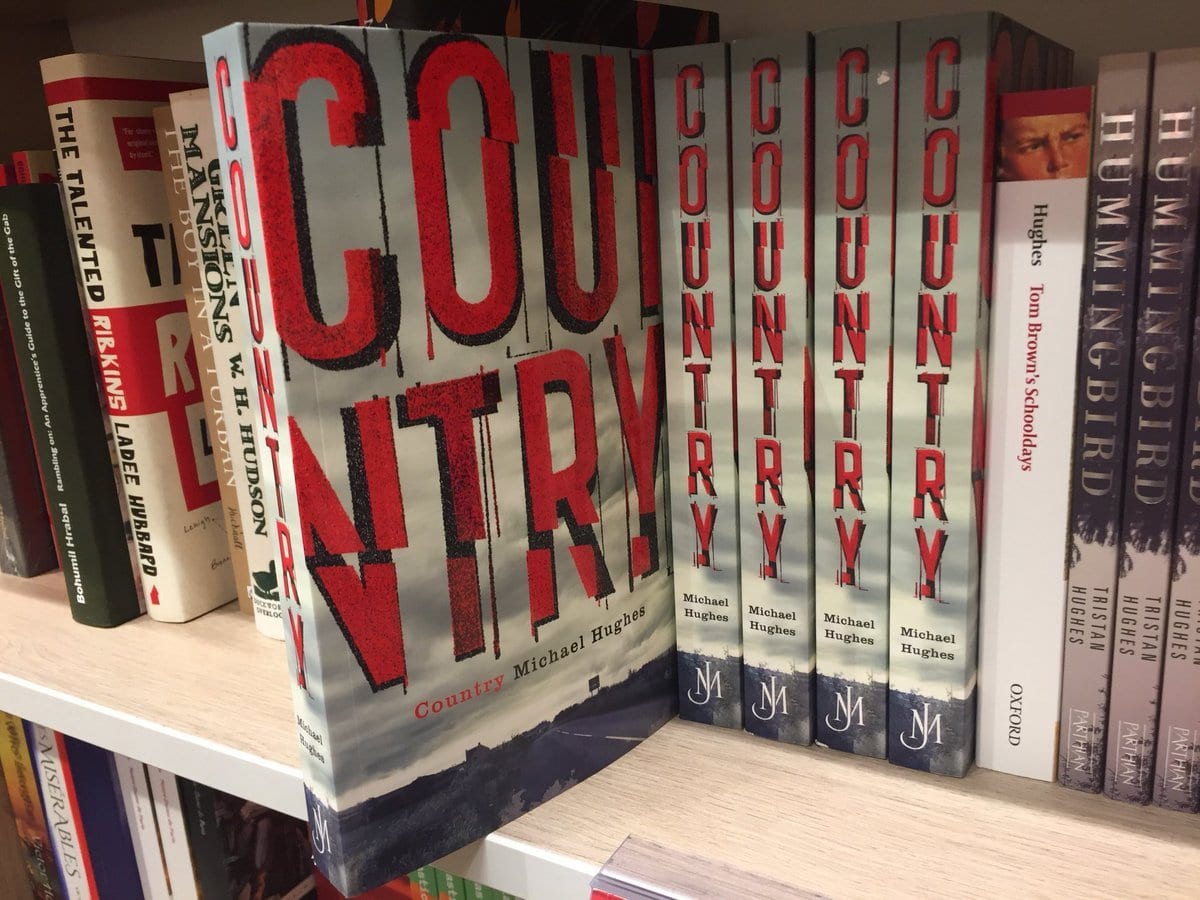 A former Keady man is in the running for this year’s prestigious EU Prize for Literature.

A reimagining of Homer’s “Iliad”, it is set in the Troubles of late 20th Century – 1996 to be precise – south Armagh.

It is Hughes’ second work’ and follows a very successful debut ‘The Countenance Divine’, told in four different years in four different centuries, beginning as the world prepares to greet the arrival of the new Millennium.

The author – who is also a noted actor, practising his art under the stage name Michael Colgan – broke the news of his nomination on Thursday evening.

He did so in sharing “some lovely news”!

The book is on the UK shortlist for the EU Prize for Literature.

As the man himself explained, it is awarded in 12 of the 36 counties each year.

The national winners will then be revealed on Wednesday, May 22.

Born and raised in Keady, Michael Hughes is a past pupil of St Patrick’s Grammar School, Armagh, and a graduate of Corpus Christi College, Oxford , and now lives in London.

He is better known to date as a very successful actor on stage and screen, using the stage name, Michael Colgan, having trained at the prestigious Jacques Lecoq School in Paris.

Michael has appeared on stage in many of London’s theatres and has worked at the Royal Shakespeare Company, the Abbey Theatre in Dublin, the Royal Exchange in Manchester and the Lyric Theatre, Belfast.

Television productions include roles in “The Secret”, the popular ITV serial about the killer dentist Colin Howells (pictured below), ‘The Fall’ and ‘Silent Witness’, and he also appeared in the Terry Hooley musical biopic, ‘Good Vibrations’.

This is one of literature’s top awards.

According to the bookseller.com website: “The prize aims to showcase the spotlight on the creativity and diverse wealth of Europe’s contemporary literature in the field of fiction, to promote the circulation of literature within Europe and to encourage greater interest in non-national literary works.

“It helps the works of the selected winners  – with one per country participating in the Prize on a rotation basis – to reach a wider, international audience.”

Hughes will be up against notable UK works by Melissa Harrison, nominated for ‘All Among the Barley’, and Benjamin Woods, for his ‘A Station on the Path to Somewhere Better’.

We wish Michael the very best of luck!