Family have not been back in the area since 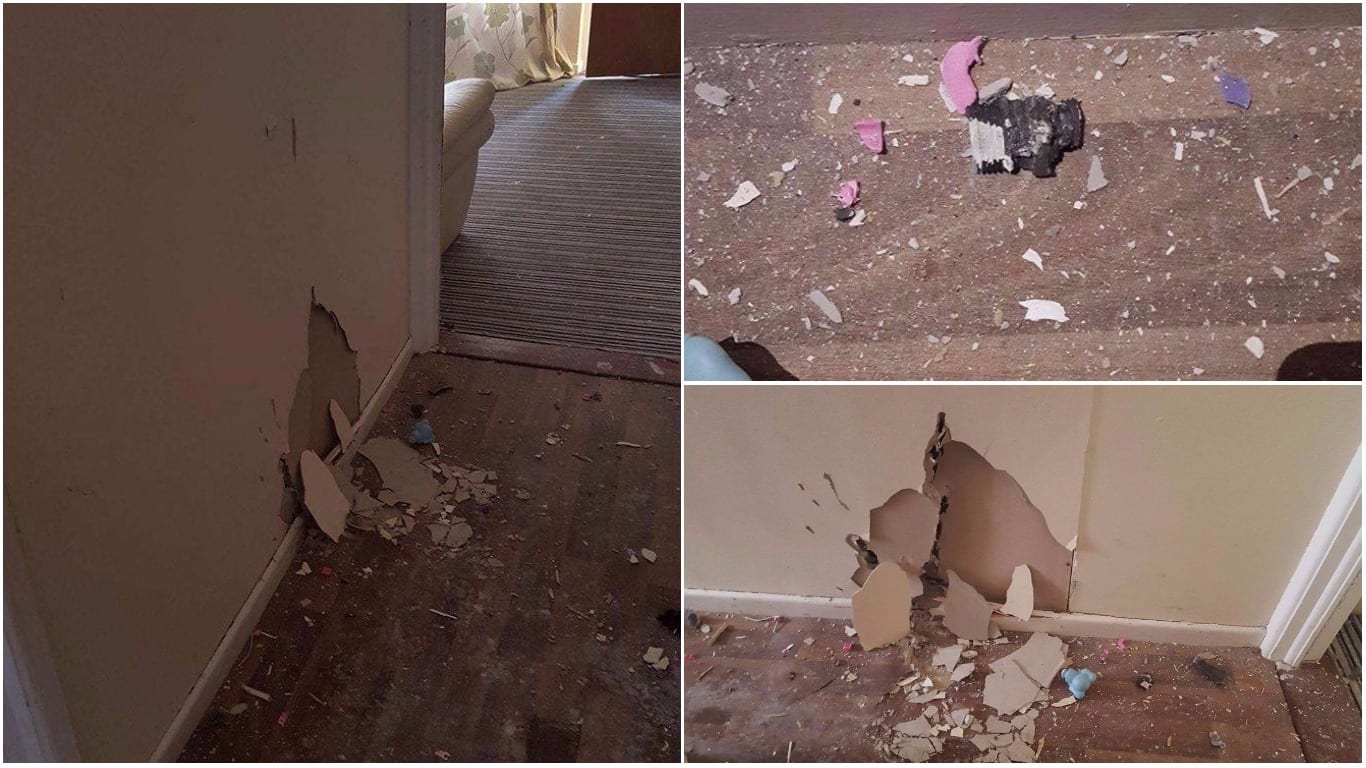 A couple and young child have been forced to flee their county Armagh home after a pipe bomb exploded in their living room.

Fortunately the couple and the 19-month-old child were out at the time of the attack in Craigavon, late into the evening of Wednesday, May 17.

The young family, who did not want to be named, have been forced to leave the Drumbeg estate – an area where both have friends and relatives.

The man of the house, speaking to Armagh I, said he had received an unjustified death threat five days prior to the incident.

“Me and my girlfriend sit in the house and keep ourselves to ourselves,” he explained.

“These people were saying they were going to carry out an attack. I don’t know why they would want to carry out this attack on me or any member of my family.”

Because of this threat the couple were not in their home on the night of May 17 but had been in the house just hours before.

“We had such a lucky escape because earlier that day we were up at the house and they’ve obviously noticed people coming and going from the house.

“It was just before midnight when it happened so they weren’t to know if we were there or not.

“The device came in through the front window and ended up in the hallway. It made that much of an explosion it broke the TV, broke units, smashed walls and went straight through the ceiling and into the attic.

“I am still thinking how close we all came to being killed.”

Police initially surveyed the damage, concluding that it had just been a brick that was thrown through the window.

It was only a few days after that they began investigating a more sinister incident.

“The police came out and reported that it was just a breeze block that went through the window, but after talking to a few of the neighbours, it became apparent said there was definitely an explosion.

“So my family went up to the house afterwards and they found bits of pipe, a big hole in the wall, the doors were blown off the hinges. There was also a breeze block put through the window.

“We took photos and took them to the police. After a few days they started investigating a potential bomb attack.”

The family have no explanation as to why they were targeted after living peacefully in the area for two years.

“We have left the house now,” he continued. “The attack has forced us to leave a place we called home. We are living from house to house now with a 19-month-old child.

“Our families live in that area and now this has forced us out, we can’t go back. If they want to see us, they have to come to us.

“I am hoping to get back on my feet soon, get into a house and just live a quiet life with my family.

“We’re still very shook up even though we weren’t in the house at the time; I haven’t been sleeping. It has been a nightmare.”

Police confirmed they are investigating the incident.

Detective Sergeant Colin Patterson said: “Police responded to reports of a bang at in the Drumbeg area at around 11.40pm on Wednesday 17 May.

“Forensic examinations at the scene have now indicated that a device, possibly a blast bomb, had been thrown at the property causing some minor damage.

“We are appealing for information regarding this crime. Detectives can be contacted by calling 101, quoting reference 1383 17/05/17. Information can also be given to Crimestoppers anonymously on 0800 555 111.”