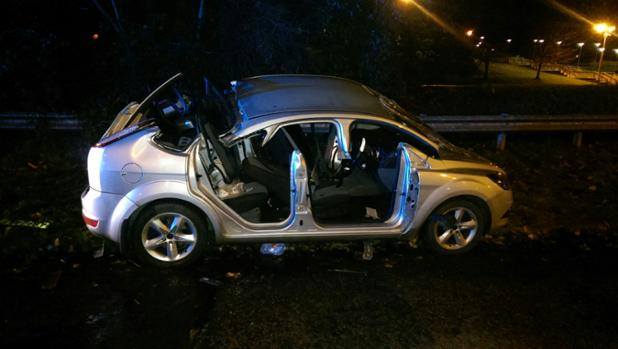 Two people were injured after a road traffic collision at Central Way in Craigavon tonight (Sunday).

Emergency Services attended the scene and the PSNI had closed the road in the direction to Portadown. Northern Ireland Fire and Rescue Service used cutting equipment to free two passengers from one of the two vehicles involved.

They were taken to hospital but, police say, no serious injuries were sustained.

The road at Central Way has now reopened to traffic.

The PSNI in Craigavon, who posted the image of the vehicle in which the two had been passengers, advised caution on the roads.

“Please be careful on the roads particularly as the days are getting colder,” they said via Facebook.