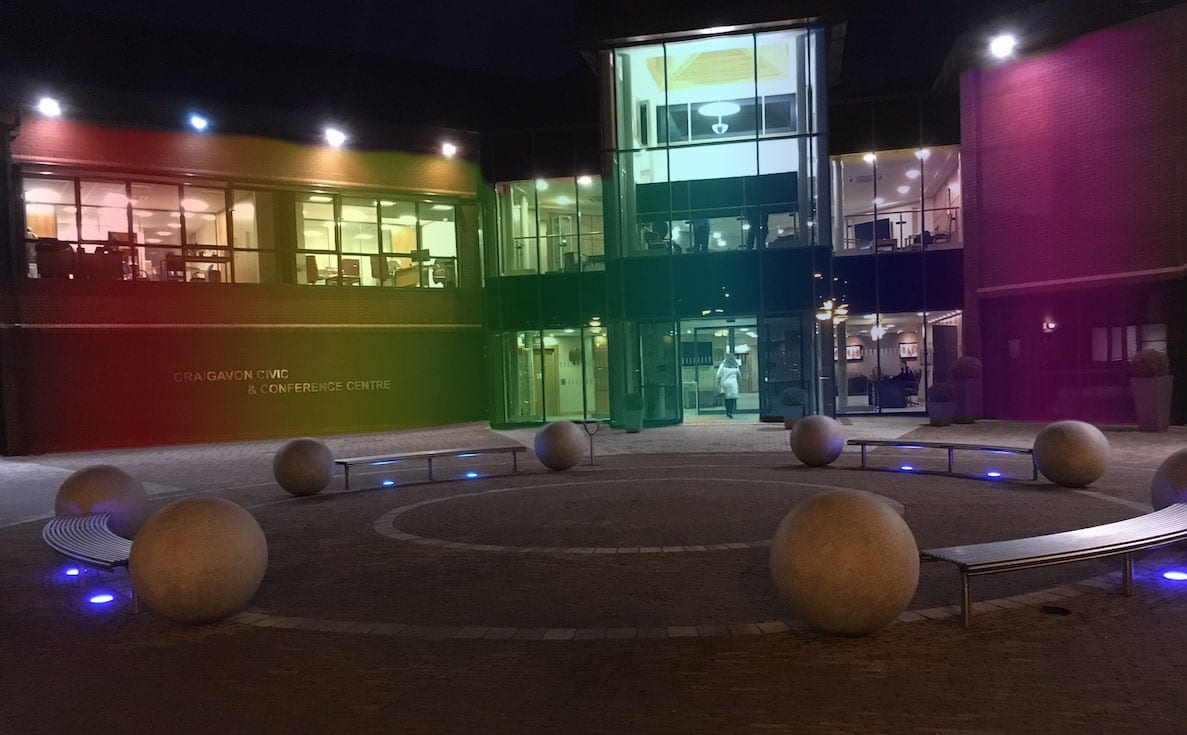 A Sinn Féin motion to light up civic buildings in the rainbow flag colours was voted down by the two main unionist parties tonight (Monday).

Sinn Fein councillor Liam Mackle had tabled the motion at the ABC Council’s monthly meeting in Craigavon in the hope of garnering enough votes to see it pass, however, it was overwhelmingly shot down by 21 votes to 9.

Mr Mackle’s party colleague, councillor Catherine Nelson, said it is “disappointing but not surprising” that both the UUP or DUP voted against lighting up ABC civic buildings.

Speaking after the meeting councillor Nelson said: “We have a diverse community and the onus is on us to ensure we not only represent minority groups such as our LGBT community but that we make them feel valued, included, welcome and safe in our Borough.

“Lighting up the civic buildings on pride day and an official presence at the pride parade is a forward moving gesture – small but significant – which would send out a clear message that ABC council are here for our LGBT community at a time when they are subject to hate attacks and are left feeling isolated.

“In amending our original motion of flying the flag we were recognising that some parties are on a journey with regards to this particular issue. Other Unionist councillors have supported similar motions in other councils.”

Responding to the motion, DUP group leader councillor Mark Baxter, stated: “This was another blatant electioneering stunt by Sinn Fein and in ABC Council we have become used to this type of activity.

“The parade Sinn Fein refer to has had some very distasteful overtones against the DUP and our group could not support this motion.