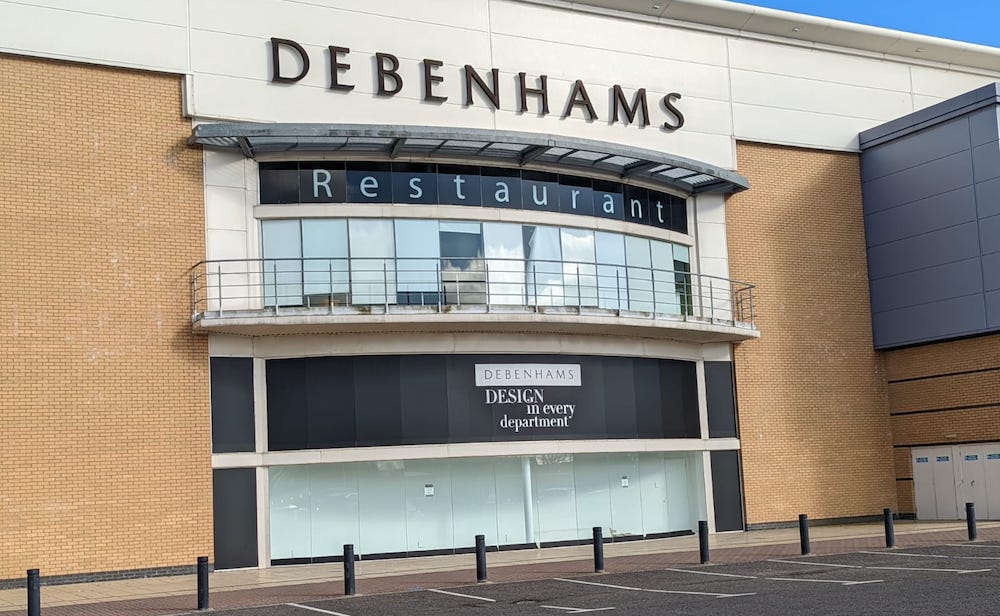 County Armagh is gearing up for the imminent arrival of a new Primark store in the coming months.

The popular retailer is preparing to open a major new unit at Rushmere shopping centre.

It will take over the former Debenhams outlet.

And ahead of its arrival, proposals have been drawn up for internal changes – and some slight external works – to accommodate Primark’s needs.

A planning application has this week been submitted to Armagh City, Banbridge and Craigavon Borough Council for consideration.

The works include the construction of a new fire escape lobby. At the same time, a glazed bay window would be removed and a new door opening created.

The application has been submitted in the name of Central Craigavon Ltd.

Debenhams closed its Craigavon store last May and the unit has remained vacant since.

The loss of its anchor tenant has been a major blow for the Co Armagh retail centre, which has subsequently lost more of its top names, most recently with the closure of the Sainsbury’s supermarket.

But it was in September that hopes were raised of a new top name for the vacated unit.

Neither would confirm – or deny – the suggestion but a spokesperson for Rushmere did say: “We are experiencing strong demand in enquiries and are in continued discussions with a number of retailers and hospitality businesses keen to locate within one of Northern Ireland’s most successful retail destinations.”

DUP MP Carla Lockhart had a “positive” meeting with Primark four years ago to look at the potential for a new store locally.

“There is no doubt that there are numerous sites across the constituency which would be suitable for such a major retailer and I hope that they give serious consideration to investing in the area,” she said at the time.

“Primark are a well known and successful brand and have the potential to attract more shoppers to the area as well as create jobs.”

This application – which is under the category of an “alteration or extension” to an existing property and will be advertised shortly – is now with planning officials and is not expected to face any undue delays.

It would pave the way for the new tenant come on board in the coming months.