No breakthrough: Unions switch blame for strike to councillors as fourth week looms

'We must inform you as members, as staff and as constituents of this council that an impasse has been created not by unions, not by local management, but by elected members' 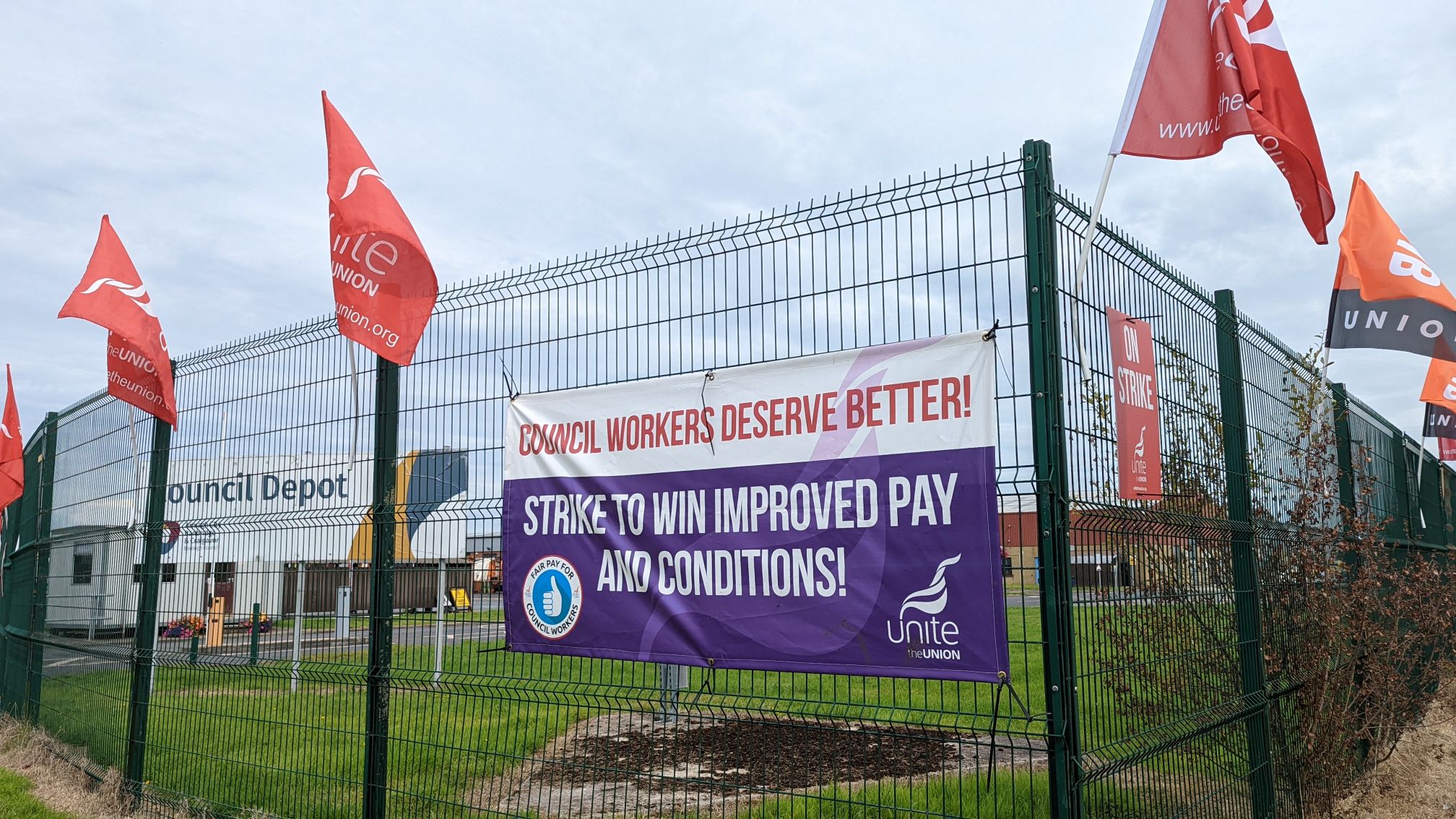 Unions have now taken the blame for the strike and placed it firmly at the door of local councillors.

Officials from NIPSA, Unite and GMB, admitted that they “have made progress”, but there has been no resolution and, as such, the impasse remains.

So, as they prepare to enter a fourth week of industrial action from Monday – and the streets drown under a sea of litter – they insist: “We are adamant that nothing is agreed until everything is agreed.”

An update has been given to members on the course of action from next week and this includes a rally on Monday at the South Lakes Leisure Centre in Craigavon.

In a joint letter to members, the “multiple strands” on which the action is being taken are once again laid out.

And members who have, for three weeks now, downed tools have been thanked for their “commitment and sacrifices” made to date.

The letter, from Kevin Kelly, Brenda Stevenson and Alan Perry, representing NIPSA, Unite and GMB respectively, reads: “As you know, your dispute has multiple strands;

“Harmonisation of pay and terms and conditions, seven years of inequality needs to addressed.

“Immediate intervention and help to tackle the current cost of living crisis in the form of one off payments.

“Long-term pay increase to recognise the inadequate pay rises of the past, most importantly 2021/22 which was set at 1.75%. This was far below inflation and was later decreased by the subsequent national insurance increase of 1.25%.

“While meetings have been scarce and at times difficult, we have made progress.

“We have been given assurance via the LRA (Labour Relations Agency) process that our demands in relation to harmonisation are acceptable. We do need to work through the figures and those who will be affected before we can inform you of the details, however we can confirm that detriment has been recognised and will be rectified.

“We have been offered various sums of non-recurring monies and despite what you have been informed of by others we are now in the region of a sum that will address your current hardship.

“We are, however, still in dispute over incremental progression. There is no offer whatsoever on this issue. We have made it abundantly clear that this is essential for the resolution of this dispute. We are adamant that nothing is agreed until everything is agreed.

“We must inform you as members, as staff and as constituents of this council that an impasse has been created not by unions, not by local management, but by elected members.

“Your dispute is now in the hands of councillors that ask you for your vote and come May they will be doing this again. I would therefore ask you to pose this question when they do: ‘What did you do for the working class people of this area during the strike? Did you vote to help my family when you had the chance?’.

“Your unions are continuing to take your case to the council and to the general public of the borough. We believe those who matter are very much behind your cause and have vocalised it in the local and social media. We offer our thanks to the public for this support and when this dispute is over we will resume our excellent service to them.

“Given that we are still in dispute, the Joint Trade Unions have agreed to take the following actions from Monday the 5th of September onwards.

“The three unions have agreed to have a rally on Monday at South Lakes Leisure Centre at 2pm to update you on the strike and to give you all a chance to ask questions. We would also ask you to centralise your pickets on Monday morning at 8am at the same venue.

“All UNITE will be on strike action.

“GMB will be on strike action.”

Action short of strike from Monday will mean a total ban on overtime from union members, members working to their job description, not covering for absent colleagues for whatever reason, and working to written, agreed protocols, where these exist, including refuse and leisure.