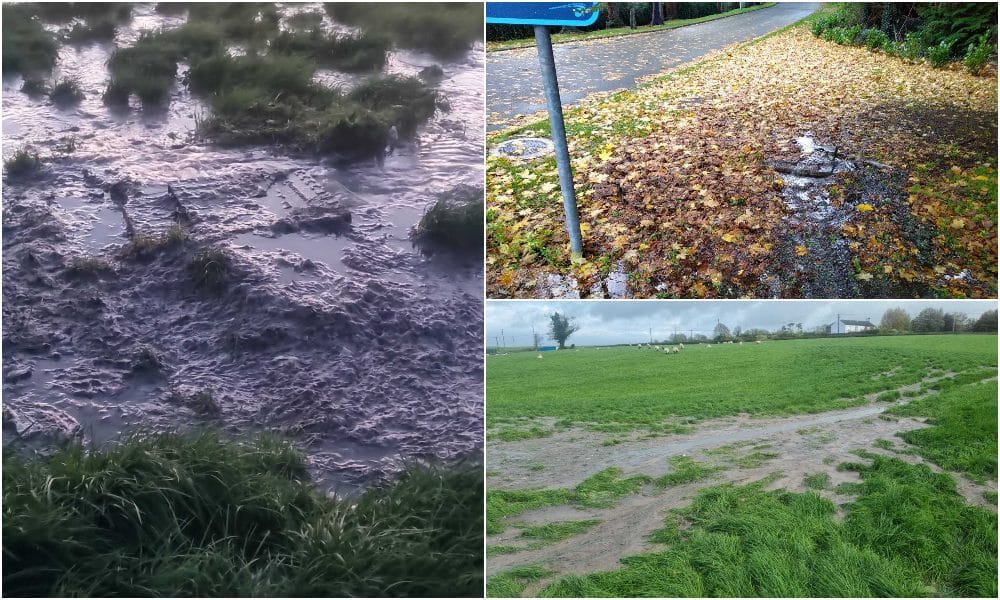 An ABC councillor has called for “serious investment” to be made in NI Water’s infrastructure to prevent a re-occurrence of a sewer leak that took place earlier this month.

Speaking to the Local Democracy Reporting Service, Councillor Kyle Savage said this type of incident is happening all to often due to a lack of investment in Northern Ireland’s water infrastructure and noted that if the cause of such a leak was found to be a farmer, they would be made to pay.

“There was a sewage leak from a Northern Ireland Water pipeline on the outskirts of Donaghcloney on Friday, November 4,” said Cllr Savage.

“This is happening all too often now. There needs to be serious investment in the infrastructure within the Donaghcloney and Waringstown areas. If this was a farmer’s fault they would be dragged through every court in the land.”

The UUP councillor also highlighted a recent incident of external flooding at Waringstown Primary School and urged Northern Ireland’s next infrastructure minister to make the water network a priority.

“It is totally unacceptable that this goes on in this day and age,” he said.

He went on to claim that “our infrastructure ministers, when in office over the last number of years, have failed to address this serious issue”.

“We also have regular sewage leaks at the school gates in Waringstown which the ministers and their department have failed to address,” he added.

“Northern Ireland Water has assured me that a full clean up will happen and I hope that when a minister is in place they will address this serious pollution problem.”

A spokesperson for Northern Ireland Water confirmed both the pipe leak and flooding at the school are currently under investigation.

“This out of sewer leak was reported to NI Water on November 4 and was attended and cleared on the same day, ” said the spokesperson.

“A 150m2 clean-up took place on the day after the blockage was cleared. However, some material needed to dry out before it was able to be lifted. The final clean-up is scheduled for Tuesday, November 8.

“An investigation is scheduled to take place this week to determine the root cause. However, this is a timely reminder of the impact flushing inappropriate items can have on the sewer system.

“Sanitary items and baby wipes can form together into ‘rags’ causing a blockage in the sewer that can then spill out into the local environment.

“This pipe was cleaned out and surveyed approximately 18 months ago and no defects were found. However, this will be investigated again later this week.”

The spokesperson continued: “The second incident located at Waringstown Primary School relates to external flooding from a low lying private lid inside the school grounds.

“NI Water is investigating this reoccurring issue as part of the current DAP (Drainage Area Plan) taking place. This plan will identify any requirements to upgrade the local sewer network in the area to cope with current and future needs of the local population.”