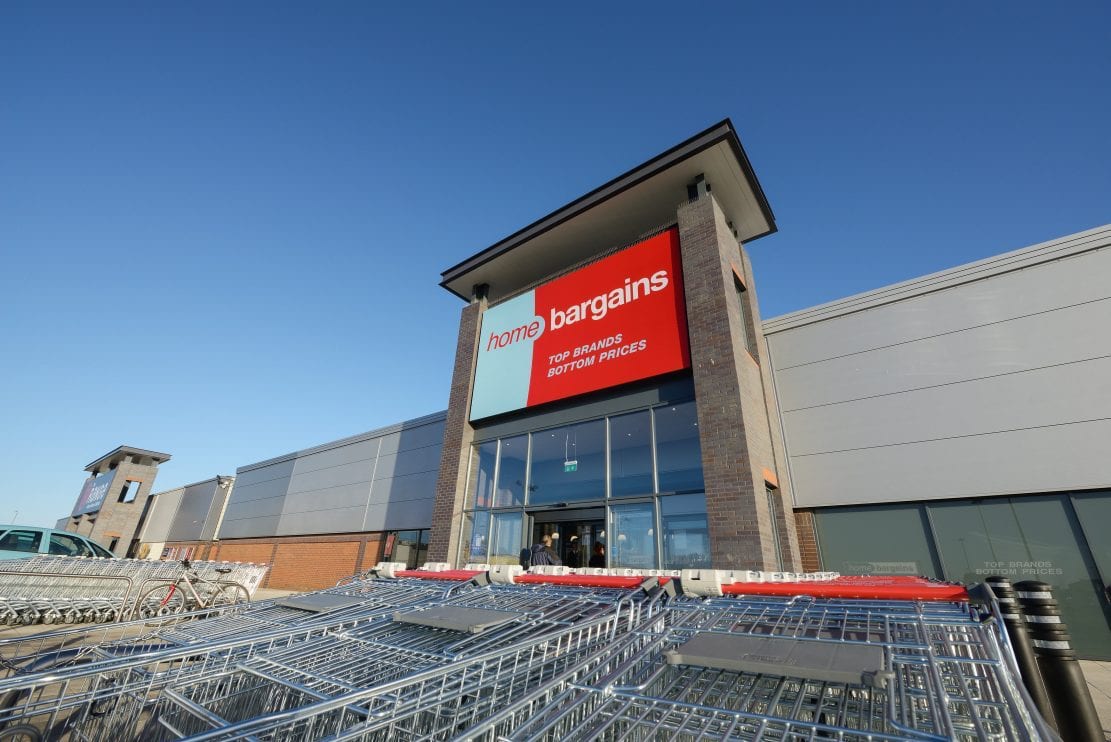 Home Bargains is to open a new store in the county, Armagh I can reveal.

It will be located at the Marlborough Retail Park in Craigavon and will be one of the retailer’s largest stores as it will include the full range of goods as well as fresh and frozen produce.

The unit – which will represent a significant investment by the budget retailer and create much-needed jobs locally – will open to the public in November.

The Marlborough Retail Park, at Highfield Road, sits largely on the site of the former B&Q store, which closed in 2016 with the loss of 50 jobs.

But it has since attracted other top names in retail, including a Marks & Spencer Foodhall and O’Neills Sportswear, as well as leisure attractions Captain Green’s Space Adventure Golf and Air-tastic.

Fitting out of the new Home Bargains store will be taking place over the coming weeks ahead of opening later in the autumn.

No separate application was required for planning approval given that the original development related to retail purposes as intended.

This is the latest outlet by the Liverpool-headquartered retailer in the Armagh City, Banbridge and Craigavon Borough Council area.

It already boasts stores at the nearby Rushmere Shopping Centre, as well as High Street Mall in Portadown, the Bridgewater Retail Park in Banbridge and at Railway Street in Armagh – the replacement tenant after Tesco pulled the plug on plans for a city store.

Just last month planning approval was granted for a new £5 million store in Lurgan after a two-year battle to proceed.

Creating some 75 jobs, that store will be located at Millennium Way – despite suggestions it should locate at the former Tesco site – with a pedestrian link to the town centre via Shaerf Drive.

Many had thought it would be the next Home Bargains – and perhaps the last – within the borough given that each of the main urban centres now boasts it own store.

But as we can reveal there is more to come at the new Craigavon site – adjacent to the 24-hour Tesco Xtra store – where the most recent addition was a drive-thru Burger King restaurant.

Home Bargains has confirmed its plans to this media outlet.

A spokesperson told Armagh I : “We’re thrilled to be opening a new store in Craigavon and look forward to welcoming customers through the doors.

“The new store, on Marlborough Retail Park, will officially open to the public on Saturday 21st November.

“It will offer shoppers a range of products, including homewares, health and beauty essentials, sweets, snacks, and drinks, as well as fresh and frozen food.”