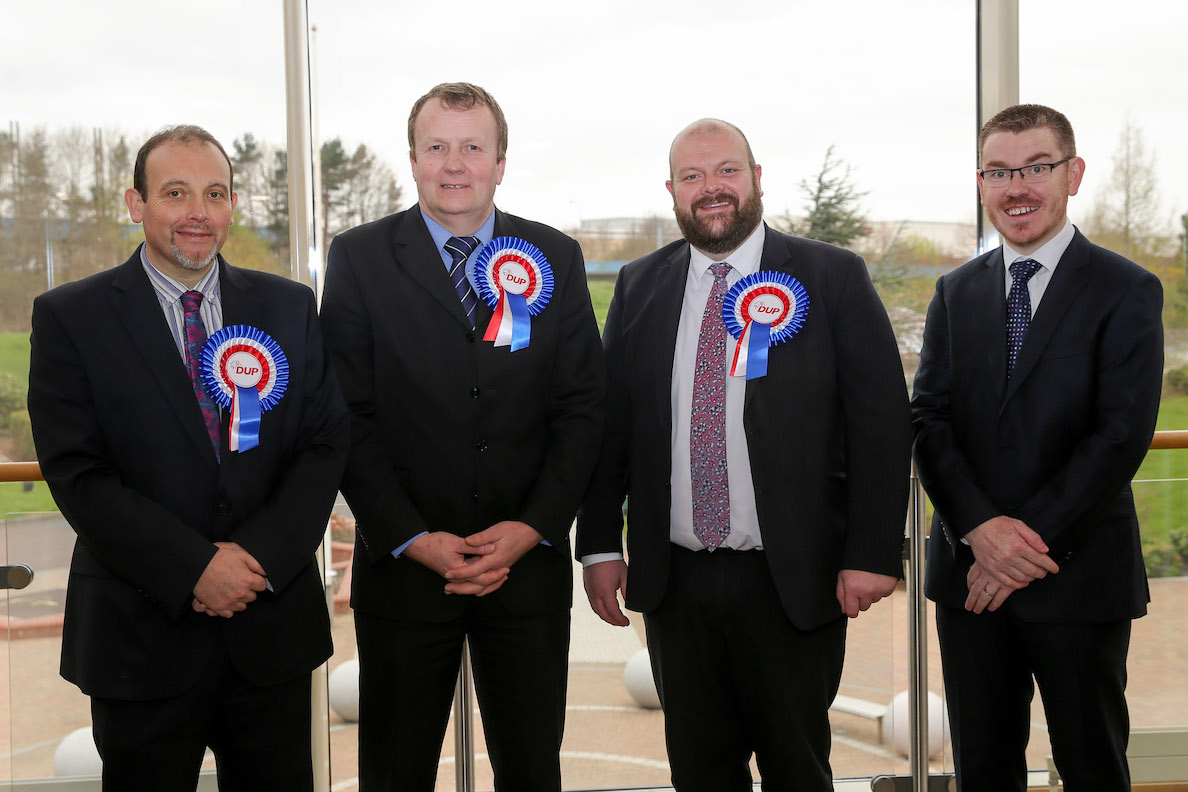 The DUP will field three candidates in the Lagan River electoral area, which takes in Dromore, Waringstown, Quilly, Gransha and Donacloney.

New to the field is well known Co Armagh farmer Tim McClelland who comes in to replace Hazel Loane who has stepped down after eight years due to family commitments.

Tim has held many roles within the Agri sector and has a farm on the Moygannon Road in Donacloney.

Mark Baxter will contest his third election having served two terms already on the council. Mark is the current DUP group leader on the council and a former Mayor of Craigavon.

Paul Rankin is certainly no stranger on the council benches and amongst the longest serving members on the DUP team.

A spoksperson for the party said: “We believe we have a strong united team for Lagan River and will endeavour to continue to deliver within the ABC Council if returned.”