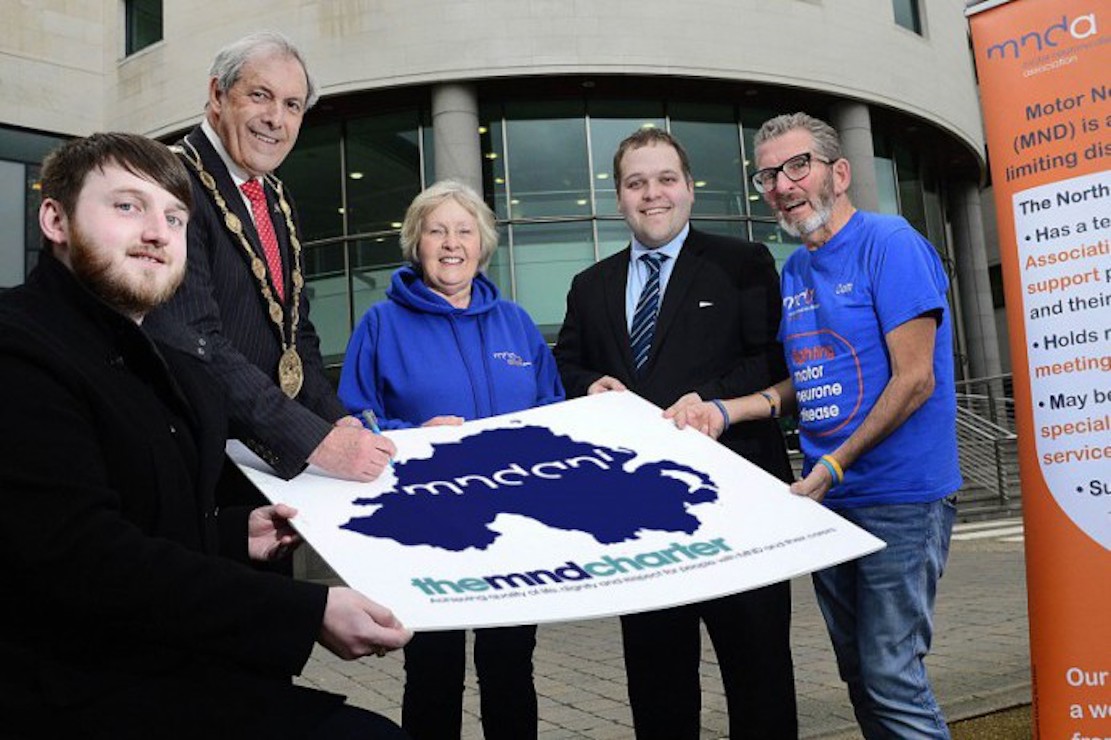 A charter in support of those living with motor neurone disease and their carers is to be adopted by Armagh City, Banbridge and Craigavon Borough Council.

It comes after a notice of motion received support at the statutory ABC Council meeting last month.

It had been tabled by Sinn Fein Councillor Catherine Nelson, seconded by Alliance Councillor Peter Lavery.

The motion was to ensure that “this council recognises that motor neurone disease has a devastating impact on many families across our borough and beyond”.

And “in recognition of this and to raise awareness of the disease”, it sought approval to adopt the motor neurone disease charter in support of those living with MND and their carers.

The motion adds: “In adopting the charter this council recognises the importance of the right care, in the right place at the right time, and values, respects and will support local people with MND.”

There was wide support for the motion and, during the course of the debate DUP Councillor Lavelle McIIwrath shared his own story about a close family member who suffered from MND.

Alliance councillor Peter Lavery later thanked Councillor McIlwrath for sharing his story and all those who backed the motion.

He welcomed the move to adopt a motor neurone disease charter.

Councillor Lavery said it had been a “pleasure to second the motion”.

And he added: “By adopting this charter the council commits to taking a partnership approach to work with health agencies to ensure that those people with MND and their families are provided with the appropriate care and support, both across this borough and Northern Ireland as a whole.”