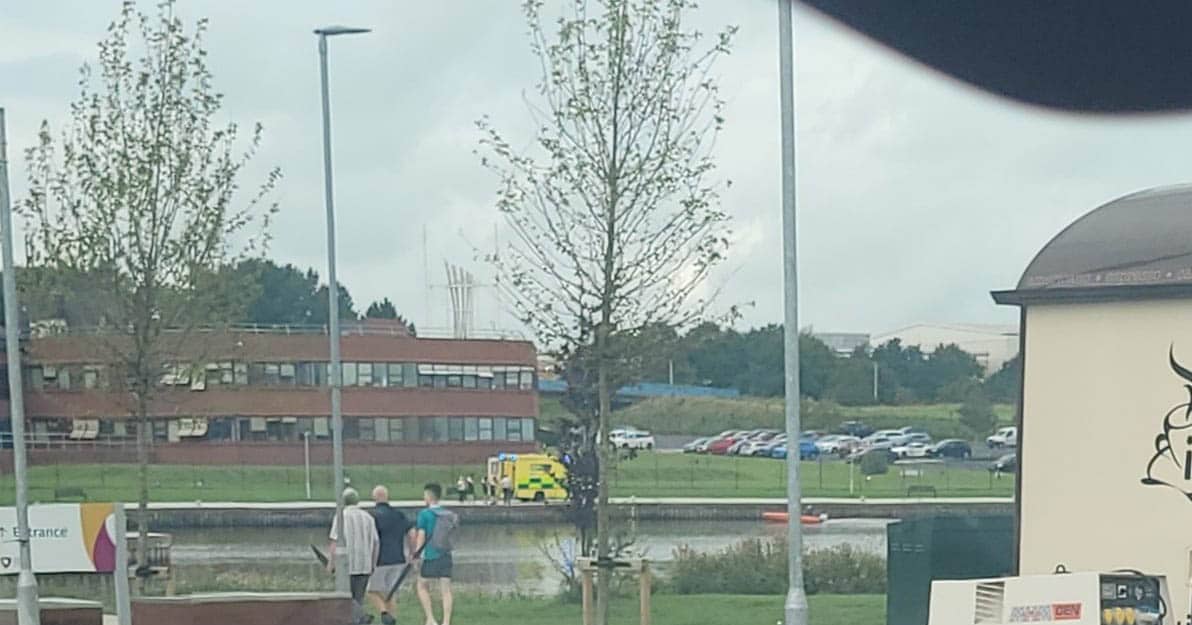 There has been a call for safety railings to be erected at the harbour area of Craigavon Lakes after a mother and her child had to be rescued from the water last Thursday.

It is understood the child’s pram rolled off the pavement and into the water at South Lake in front of the Civic Centre and that the mother jumped in to save her child.

“The swift reaction of all staff involved is to be highly commended, as is the fast response from the ambulance service that attended the scene within minutes,” the spokesperson added.

“The mother and her child were taken to Craigavon Area Hospital as a precautionary measure and were later released.  They are now understood to be doing well.”

The Northern Ireland Ambulance Service (NIAS) confirmed they received a 999 call at 1.10pm on Thursday afternoon following reports of the incident.

“NIAS despatched one Emergency crew and one Rapid Response Paramedic to the incident. No one was taken from the scene,” a spokesperson said.

This is not the first time such an accident has happened at this location. A number of years ago, a local man went to the aid of a grandmother and her grandson after the toddler fell into the water and she jumped in to save him.

And another resident said his brother had drowned at the spot. “My fears are that some other child is going to be killed if a barrier is not put up,” he told Armagh I.

Community group Save Craigavon City Park and Lakes has sent an email to a number of councillors in the Craigavon area asking them to make railings along the harbour a priority.

“A four-year-old boy tragically lost his life in this spot in the 1980s and we know of three  other rescues involving young children since. We have also received reports of adults and dogs falling into the water in this area,” the letter points out.

A spokesperson for the group told Armagh I: “I hope this is treated as a matter of urgency. The area surrounding the harbour section has been fully upgraded aesthetically but no consideration has been given to safety.

“Council has a duty of care to keep park users safe. A four-year-old child drowned in this exact spot. This can’t happen again.”

Alliance councillor Peter Lavery said that following the incident, the party had contacted senior officers within ABC Council expressing its concern for safety at the harbour area.

“The health and safety team within council are investigating the issue and will bring forward potential safety improvements,” he said.

“Alliance will raise the matter again at a meeting relating to the leisure centre on Thursday evening, and will be asking that measures such as railings be explored as a matter of urgency.”

Commenting Alderman Gareth Wilson stated: “I am very relieved and grateful that everyone is ok following this incident and it does show very clearly the dangers associated with water.

“I had in recent times raised this matter in Council and directly with senior officers as I always felt the openness of the frontage to the lake was a risk and here we have that scenario being played out and thankfully with no serious injuries.

“I feel it is absolutely vital that Council reconsider this matter and assess how best to prevent this type of incident occurring again.

“Whilst it is impossible to completely remove all risks around water is important that with such a popular and heavily used facility, any sensible preventative measures are taken by Council.”