A £5,500 security firm drafted in to protect council staff at Brownlow Hub

Total bill for repair and use of external security firm expected to exceed £16,000 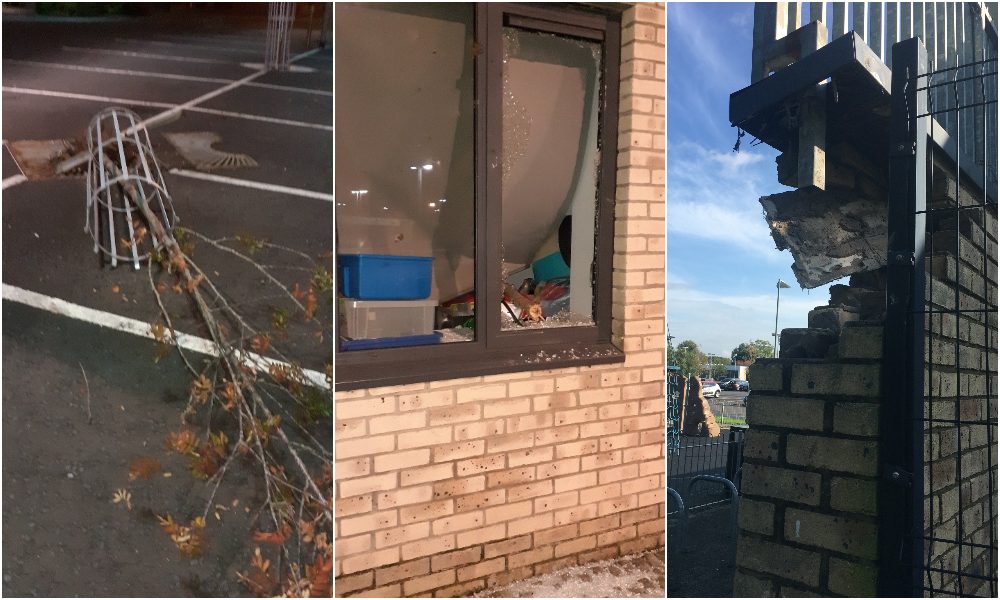 Armagh City, Banbridge and Craigavon Borough Council has been faced with costs in excess of £5,000 following the most recent incident in a spate of vandalism attacks on Brownlow Hub when youths went on a rampage and left a trail of destruction behind.

The popular and much-used community facility has been targeted on multiple occasions since the summer, with youths taking to not only damaging property but also subjecting staff who work there to a sustained campaign of verbal abuse.

With no signs of the anti-social elements dissipating and a duty of care to ensure the health, safety and wellbeing of its staff, the Council has had to draft in a security firm at a cost of £5,500 per month to protect staff and premises seven days a week.

It is anticipated that this additional layer of security will be in place for a minimum of two months in an attempt to help tackle the escalating problem, protect staff and deter youths from causing further damage.

At a time when Council finances are already under immense pressure, these unforeseen repair and security costs are putting undue burden on local ratepayers and wasting resources as staff are diverted away from their normal duties to help with cleaning-up the aftermath and repairing the damage.

Speaking about the worrying increase in vandalism within the grounds of Brownlow Hub and neighbouring residential area, Lord Mayor Councillor Kevin Savage, said: “This mindless vandalism on Council property and harassment of staff at Brownlow Hub needs to stop now.

“It serves no purpose and will not be tolerated in this area or elsewhere in the borough. Youths engaging in the malicious destruction of property and hostile interactions with staff need to take a long hard look at how their actions are impacting others and see the error of their ways.

“Times are hard enough without making other people’s lives more miserable through their mischievous acts.

“They are deceiving themselves if they think their actions have no consequences. Apart from wasting limited Council and police resources, they are degrading the overall appearance of the area, building and play park.

“They are ruining the quality of life for local residents who fear their property will be targeted.

“They are causing much distress to Council staff who do a sterling job in providing activities and services to the local community. Centre and play park users miss out when temporary closures are needed to clean up the vandalism and repair the damage.

“I appeal to parents to make an extra effort to keep a closer eye on their children’s whereabouts and activities. Make sure your child knows how a senseless act of vandalism could jeopardise their future prospects.”

A couple of youths have already been accompanied home by the police much to the dismay of their parents who are worried that they are starting out in life with a criminal record.

The Council and Armagh, Banbridge and Craigavon PCSP are continuing to work closely with the local Neighbourhood Policing Team, other statutory partners and community representatives to deter further acts of vandalism at this facility.

To support them in their efforts, the public is being asked to be extra vigilant and to report any further incidents of anti-social behaviour to the police on 101.