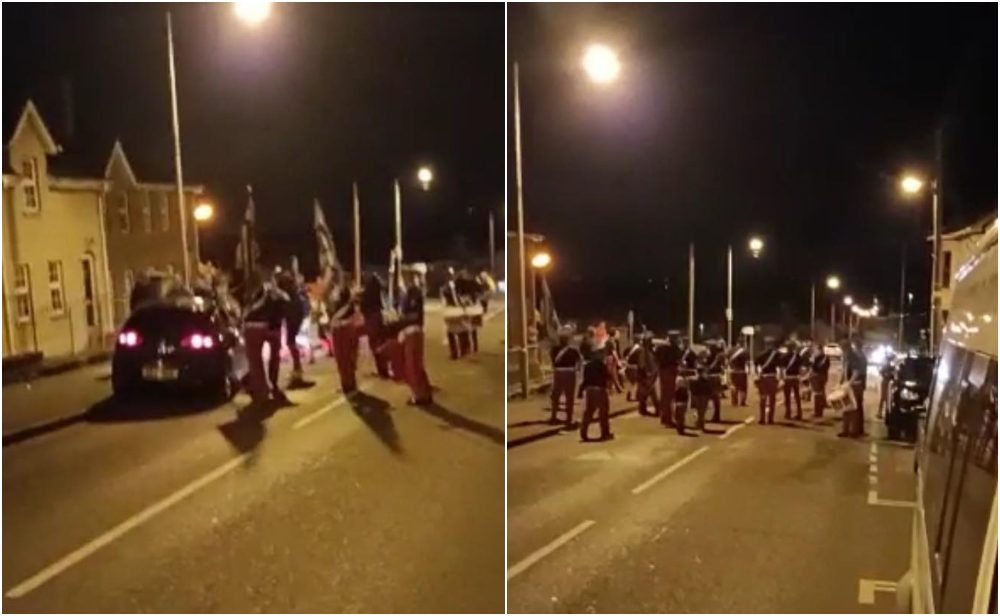 Two men suffered minor injuries after a car drove through a band parade in Rathfriland on Friday evening.

The incident, which was captured on video and circulated on social media, occurred on Newry Street shortly before 9pm.

Chief Inspector Michael McDonald said: “At around 8:40pm, it was reported that a black Seat Leon failed to stop for police and drove into a band parade in the area.

“Enquiries are continuing to establish the circumstances surrounding the incident and police would appeal to anyone with any information to contact police on 101, quoting reference number 1633 17/09/21.

“Alternatively, a report can be made online using the non-emergency reporting form via http://www.psni.police.uk/makeareport/ . You can also contact Crimestoppers anonymously on 0800 555 111 or online at http://crimestoppers-uk.org/ .”