The Lord Mayor has hit out at NI Water and accused them of a lack of action before adding: 'Traders pay a lot of in their rates each year and these things should not happen' 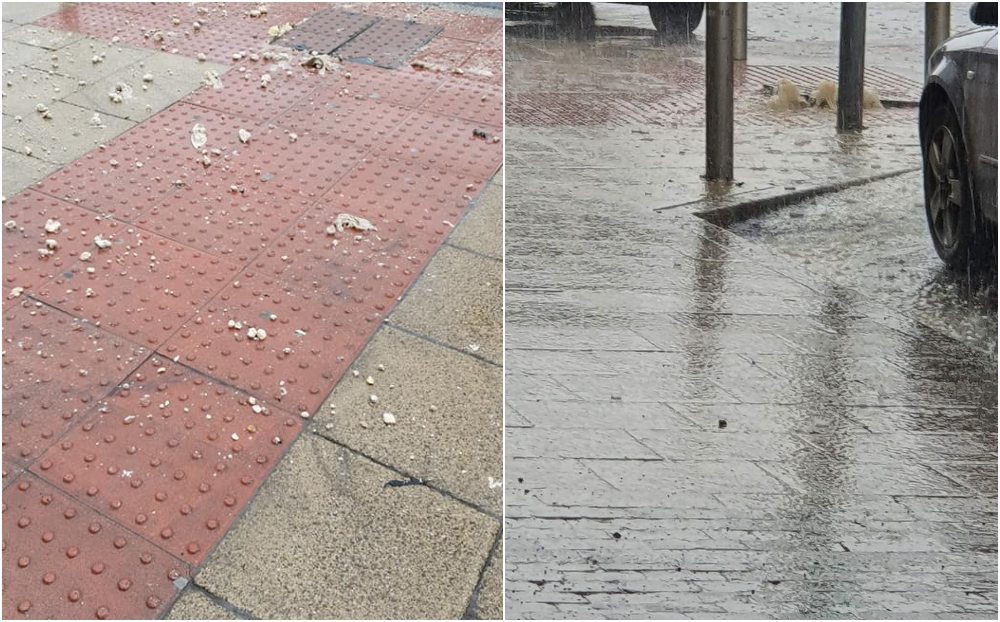 Traders in Banbridge have been kicking up a stink after being forced to ensure the unbearable stench and sight of raw sewage seeping onto the town centre streets.

For days now there have been complaints of human fecal matter surfacing in the commercial heart of the Co Down town.

And Lord Mayor Glenn Barr, who is from the area, has slammed NI Water and blamed inaction for the current situation.

He said recent flooding, which followed the very hot weather, had led to sewage spilling out over the main street.

But the Lord Mayor feels it could have been prevented.

Said Alderman Barr: “Only a couple of weeks prior to this I had been approached by local traders who were complaining of a foul smell in the town.

“I have written the DRD Minister Nicola Mallon to investigate this.

“Traders pay a lot of in their rates each year and these things should not happen.”