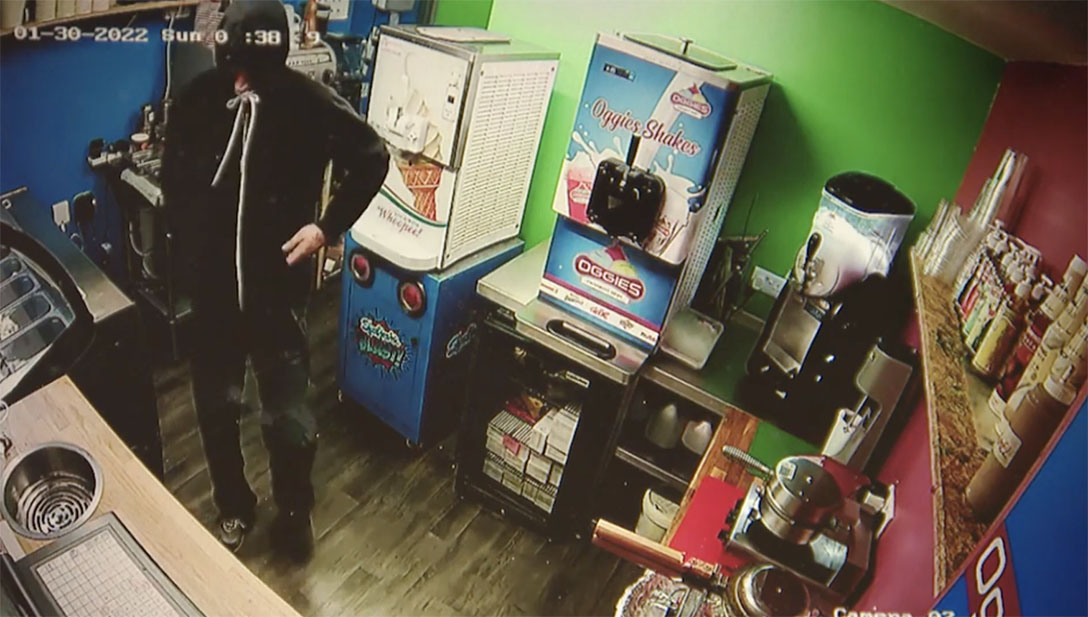 A Banbridge man suspected of two armed robberies who was identified by a distinctive tattoo has been refused bail.

It further emerged that while in custody he allegedly contacted an associate who arrived at the scene of one of the incidents and threatened the owner.

Philip Thomas James Magowan (51) from Rathfriland Street is accused of robbing a bingo hall of £2,500 cash on November 18, while armed with a box cutter.

Then on January 29 he is charged with robbing an ice-cream parlour of £400, while armed with a knife.

A detective constable told Newry Magistrates’ Court the charges could be connected to the defendant.

He explained on the evening of the first incident two males entered the bingo hall in Newry Street, Banbridge, the taller of whom is believed to be Magowan. While hooded and with his face covered, he wasn’t wearing gloves and a distinctive tattoo was observed on his left hand.

He approached a female staff member in the till area and produced a box cutter, telling her to hand over the money, amounting to around £2,500.

Both males then left the premises.

In the second alleged incident at around 6.45pm, a male entered an ice-cream parlour located close to Magowan’s home.

Again, although hooded and with his face covered, he wasn’t wearing gloves and the same distinctive tattoo was noted.

He walked into the staff area, shouted “IRA” and produced a black-handled carving knife.

The two staff members – both aged 16 – ran to the rear of the premises and locked themselves in a bathroom.

The suspect then smashed the till and stole around £400 cash.

CCTV images were shown in media reports and Magowan was identified. His home was searched and a black-handled carving knife and a box cutter were recovered, as well as several items of clothing.

Magowan was arrested and gave no comment replies to all questions during interview.

Objecting to bail, the detective highlighted Magowan’s 88 previous convictions, 18 of which relate to burglary.

“This is a series of robberies in and around the Banbridge area. We are working to establish he was involved in those as well. There have been quite a spate recently.”

He further disclosed while in custody, Magowan made a phone call to an associate.

About 20 minutes later it is alleged the associate arrived at the ice-cream parlour and threatened to burn the owner’s premises and car.

This person has since been arrested and the detective added: “There is definitely a severe risk of intimidation. Mr Magowan has three convictions for intimidation. Prior to his arrest, he had also called at the ice-cream parlour and made a veiled threat to the owner.”

Under cross-examination the detective confirmed forensic swabs were taken and results are awaited.

Opposing Magowan’s release to his home address the detective said, “It’s literally the same street as one of the robberies.”

The defence contended bail could be granted as his client, “Would be remanded in custody on the basis of a tattoo and innocuous household items.”

Throwing out the application District Judge Steven Keown remarked, “I can scarcely think of a bail application worthy of less merit.”