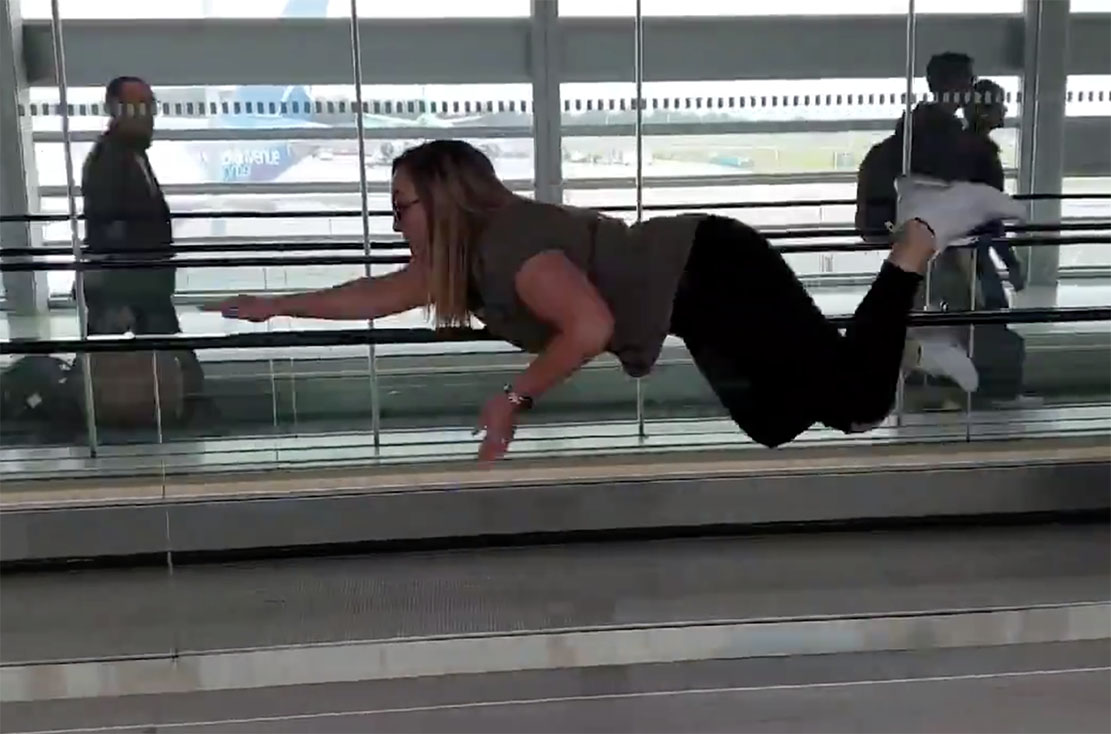 Just over halfway there and Armagh woman Chloe Clarke is continuing her task-a-day challenge in a bid to raise money to support the work of a local epilepsy charity.

The challenge is called ‘I Have Never’ and involves Chloe carrying out something every day for a year that she has never done before.

And her Day 189 wacky task got quite the reaction online, picked up by media in Dublin!

Chloe was jetting off to Barcelona, via Dublin Airport on Monday, when she completed her latest eyebrow raising, head-turning task – swimming on a travelator (watch the video below)!

Chloe Clarke’s nine-year-old daughter Lilli – a Primary 6 pupil at the Armstrong School in Armagh – was diagnosed with the condition last year.

Speaking to Armagh I previously, she says it was like “the rug had been pulled from under all our feet”.

But after the initial shock, Chloe decided to do something a bit unusual to raise money to help others through Epilepsy Action.

She is taking part in a year-long challenge, carrying out something every day for a year that she has never done before.

Chloe explained: “I decided to set myself this challenge as I wanted to do something outside of the box and also raise money for a cause that is close to my heart.

“My eldest daughter was diagnosed last year with Idiopathic generalised Epilepsy and it was like the rug had been pulled from under all our feet when we were told.

“We didn’t expect it and certainly never contemplated it either as we typically associated ‘fits’ and ‘episodes’ with someone having a seizure on the floor and that’s it.”

You can keep up to date with Chloe’s antics here. And you can donate to the JustGiving page here.